More Public Safety Education Needed to Decrease Unintentional Poisoning During and After Heavy Storms, According to New Data Published in the American Journal of Preventive Medicine

In 2011, 12,136 unintentional exposures were reported to U.S. Poison Control Centers. Carbon monoxide is an odorless, colorless, and tasteless gas that can build up to dangerous levels in unventilated areas. Symptoms of carbon monoxide poisoning include headaches, nausea, and dizziness. If left untreated, carbon monoxide exposure can lead to serious illness or even death. During and after severe winter weather, people are at an increased risk for exposure to carbon monoxide because of the use of alternative heat sources inside their homes and heating vents blocked by snow.

In this new study, investigators looked at data reported to the Connecticut Poison Control Center after two storms: a 2011 winter storm that resulted in widespread power loss and a large snowstorm in 2013. A total of 172 patient cases were identified after the power loss storm, while 34 cases were identified following the snowstorm. Researchers found that most carbon monoxide exposures occurred within the first day of a snowstorm, and on the second and third days of a power loss storm. “These results indicate that the staffing patterns and call schedules of the medical providers involved in the treatment of carbon monoxide-poisoned patients may need to be adjusted accordingly, based on the type of storm expected,” says lead investigator Kelly Johnson-Arbor, MD, Department of Emergency Medicine, Hartford Hospital.

During a power loss storm, the most common sources of carbon monoxide exposure are the indoor use of gas-powered generators, propane heaters and lanterns, and charcoal grills. “Adequate ventilation is a key component of carbon monoxide poisoning prevention,” explains Dr. Johnson-Arbor. “Following multiple reports of carbon monoxide exposures and fatalities after power loss storms, there has been an increase in public health education regarding the importance of avoiding indoor use of generators and charcoal grills during a storm’s aftermath.”

Investigators discovered that snowstorms present a different set of dangers from carbon monoxide exposure. During and following a heavy snow, people are likely to be exposed to carbon monoxide in their vehicles as well as their homes. In dwellings, large snowdrifts can block heating vents, while vehicle tailpipes can become clogged with snow that causes carbon monoxide to leak back into the car.

“Lethal concentrations of carbon monoxide can form in the passenger compartment of a snow-obstructed vehicle, even when the vehicle’s windows are opened 6 inches,” acknowledges co-investigator Dadong Li, PhD, Department of Research Administration, Hartford Hospital. “It is therefore important to counsel the public to examine their vehicles after snowstorms to ensure that the exhaust area is cleared of snow, prior to starting the engine. In addition, people should be advised to avoid sitting in running automobiles during and after snowstorms, unless the exhaust area has been completely cleared of snow, regardless of whether the windows are opened.”

Notes for editors
“A Comparison of Carbon Monoxide Exposures After Snowstorms and Power Outages,” by Kelly Johnson-Arbor, MD; Angela Quental; and Dadong Li, PhD, is published in the American Journal of Preventive Medicine, Volume 46, Issue 5 (May 2014), DOI: 10.1016/j.amepre.2014.01.006, published by Elsevier.

Full text of the article is available to credentialed journalists upon request; contact Angela J. Beck at +1 734 764 8775 or ajpmmedia@elsevier.com. Journalists wishing to interview the authors should contact Tina Varona, Hartford Hospital Media Relations, at +1 860 310 7640 (cell) or tina.varona@hhchealth.org.

About the American Journal Of Preventive Medicine
The American Journal of Preventive Medicine is the official journal of the American College of Preventive Medicine and the Association for Prevention Teaching and Research. It publishes articles in the areas of prevention research, teaching, practice and policy. Original research is published on interventions aimed at the prevention of chronic and acute disease and the promotion of individual and community health. The journal features papers that address the primary and secondary prevention of important clinical, behavioral and public health issues such as injury and violence, infectious disease, women's health, smoking, sedentary behaviors and physical activity, nutrition, diabetes, obesity, and alcohol and drug abuse. Papers also address educational initiatives aimed at improving the ability of health professionals to provide effective clinical prevention and public health services. The journal also publishes official policy statements from the two co-sponsoring organizations, health services research pertinent to prevention and public health, review articles, media reviews, and editorials.

The American Journal of Preventive Medicine, with an Impact Factor of 3.945, is ranked 15th out of 158 Public, Environmental, and Occupational Health titles and 18th out of 151 General & Internal Medicine titles according to the 2012 Journal Citation Reports® published by Thomson Reuters.

About Elsevier
Elsevier is a world-leading provider of information solutions that enhance the performance of science, health, and technology professionals, empowering them to make better decisions, deliver better care, and sometimes make groundbreaking discoveries that advance the boundaries of knowledge and human progress. Elsevier provides web-based, digital solutions — among them ScienceDirect, Scopus, Elsevier Research Intelligence and ClinicalKey — and publishes nearly 2,200 journals, including The Lancet and Cell, and over 25,000 book titles, including a number of iconic reference works. 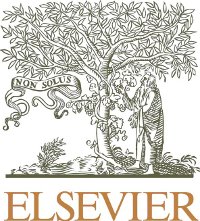 Health Care Lessons Learned in the Aftermath of September 11, 2001

Guidelines for Treatment of Ebola Patients Are Urgently Needed

New Study Strengthens Evidence of the Connection Between Statin Use and Cataracts; But Any Risks Should be Weighed Against Benefits

Lapses in Infection Control Associated with Spread of Severe Respiratory Virus MERS, According to Study