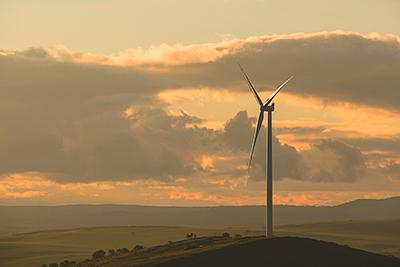 The direct drive units will add a capacity of 100 megawatts (MW) to the Hornsdale wind power plant near the South Australian town of Jamestown.

Siemens has been awarded a contract to supply, install and commission 32 wind turbines, each with a capacity of 3.2 megawatts and a rotor diameter of 113 meters, for the Hornsdale Stage 2 onshore wind farm in South Australia. Stage 2 is an addition to the Hornsdale Stage 1 wind farm project, for which Siemens has signed a contract in August 2015. The Customer for both wind power plants is Neoen Australia, a business of the French company Neoen. With a capacity of 100 megawatts (MW), Hornsdale Stage 2 will be a major contribution to the Australian Capital Territory's (ACT) target of 100% renewable energy by 2020. Installation of the wind turbines is scheduled to begin in December 2016, with the start of operations expected by June 2017. Siemens will then be responsible for service and maintenance of the wind turbines within the framework of a long-term service agreement.

"We are delighted that Neoen entrusted Siemens to also supply the second stage of the Hornsdale wind project with our proven direct drive wind turbines," says Thomas Richterich, CEO Onshore at the Siemens Wind Power and Renewables Division. "Hornsdale Stage 2 is a good example of collaborative customer partnership combined with the best technology for the benefit of society, the economy and the environment".

The wind power plant will be installed near the South Australian town of Jamestown, around 200 kilometers north of Adelaide and will achieve a record low price of 77 Australian Dollars per MWh – around 5.2 Euro Cents per kWh. The Hornsdale wind farm Stage 1 was signed at a fixed price of 6.1 Euro Cents per kWh in 2015. The enabling factors for the low energy price are excellent wind resources, important synergies with the first stage of the Hornsdale wind farm as well as optimal finance and equity structures. Once operational, Hornsdale Stage 2 will contribute to the achievement of carbon neutral targets by selling the generated power to the Australian Capital Territory (ACT Government).

"Hornsdale Stage 2 is another great example of the global strength of France and Germany working together to provide clean energy for 70,000 Australian homes and new employment, training and investment opportunities in South Australia and the ACT," said Xavier Barbaro, Neoen's global CEO. "With almost 40% of the country's clean energy produced by wind farms, Australia's renewable energy footprint is increasing in size and global relevance – making it a great place to invest and do business." The CO2 emissions saved by the Hornsdale wind farm upon completion will be equivalent to taking either 290,000 cars off the road or planting 1.9 million trees.

Siemens AG (Berlin and Munich) is a global technology powerhouse that has stood for engineering excellence, innovation, quality, reliability and internationality for more than 165 years. The company is active in more than 200 countries, focusing on the areas of electrification, automation and digitalization. One of the world's largest producers of energy-efficient, resource-saving technologies, Siemens is No. 1 in offshore wind turbine construction, a leading supplier of gas and steam turbines for power generation, a major provider of power transmission solutions and a pioneer in infrastructure solutions as well as automation, drive and software solutions for industry. The company is also a leading provider of medical imaging equipment – such as computed tomography and magnetic resonance imaging systems – and a leader in laboratory diagnostics as well as clinical IT. In fiscal 2015, which ended on September 30, 2015, Siemens generated revenue of €75.6 billion and net income of €7.4 billion. At the end of September 2015, the company had around 348,000 employees worldwide. Further information is available on the Internet at www.siemens.com.