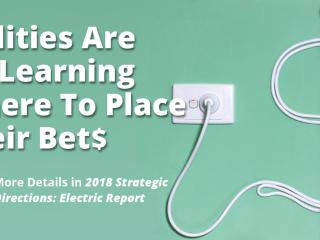 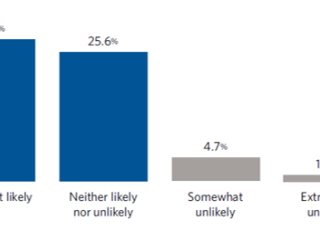 The electric utility industry is in the middle of a transformation that has no precedent. Historically speaking, delivering electricity was relatively simple; utilities generated power and provided it to customers over a one-way delivery system. Companies requested, and utility regulators granted, periodic rate hikes to cover infrastructure upgrades while providing a reasonable rate of return on that investment.

Today, the game has changed, and there’s no tested roadmap on how to handle the partial and unpredictable generation of electricity by customers through rooftop solar and other DER. There’s no blueprint for how utilities should view technologies such as electric storage or microgrids, and as of now, there is no way to accurately predict the impact of EVs and charging stations on the distribution grid.

IT’S A NEW GAME
On the governmental and regulatory front, states are making momentous decisions that will significantly impact electric utilities
and other new market participants: Witness California requiring solar power on all new homes after 2019, or New York effectively restricting utilities from entering the DER market. The federal government is weighing in as well by implementing new rules to open the market for battery storage, while cities, states and large corporations are all announcing their own ambitious goals for using renewable energy to have more control over their electric power requirements.

This type of market disruption is changing the game for utilities, which requires them to address capital allocation in a different way than in the past. Historically, capital allocation has been focused primarily on replacement of the utility’s aging infrastructure, but today, it is critical that utilities apply new thinking to a relatively stable and predictable process from the past.

This situation is exacerbated by a current lack of real market definition at a regional and local operating level on which companies can build their respective grid and distributed generation strategies and plans.

Thus, absent this clarity of direction, utilities need to develop a working model of the market and the players in it for themselves to assist with predicting what may happen, and then align their capital allocation strategies to support those predicted outcomes and assumptions.

Here are some questions utilities should ask themselves during this process:

In answering these types of questions, companies can begin to introduce specificity into their capital allocation decisions within the context of their predicted market models and outcomes and their desired future position within and outside their current geography and services footprint.

One way to deploy capital in support of an externally facing strategy would be to enter a new market sector or geography, for example, evolving and deploying capital into the global distributed energy market. Hong Kong-based CLP (formerly China Light and Power) is creating unregulated subsidiaries that are looking to enter a variety of markets, including smart cities, DER,
microgrids and data centers.

Another specific capital deployment strategy would be an incumbent grid operator investing in upgrading the physical and technological infrastructure to enable the emerging new energy marketplace. A good example would be Newark-based
Public Service Enterprise Group (PSE&G), which just announced plans to invest billions of dollars in just such a program, or Exelon, which is working on its Grid of the Future program to create “the smart, resilient grid of the future, capable of two-way communication, and supportive of new and renewable sources of energy.”

Introducing specificity into the goals and outcomes related to any capital allocation strategy can represent a challenge for many
utilities whose processes have largely lacked this level of granularity in the past. For example, many utilities have yet to address the commercial, market operations and long-term business impact of DER and incorporate their analyses into new capital investment or reallocation strategies as part of their long-range business plans.

TAKING A PROACTIVE APPROACH
PSE&G is taking a leadership position with its recent announcement of plans to invest between $14 and $17 billion over the next five years in an infrastructure program that addresses its aging infrastructure and the modernizing of its distribution grid.

In the wake of Hurricane Sandy, which devastated the New Jersey coast in 2012, PSE&G is making reliability and resilience its top priorities. PSE&G also intends to invest $2.5 billion in energy efficiency and other programs that will reduce customers’ energy bills and combat climate change, plus another $300 million in building EV charging infrastructure and $100 million in building utility-scale energy storage systems.

PSE&G estimates that its proposed energy efficiency program will generate approximately 5,000 jobs over the six-year life of the program, reduce carbon emissions by 24 million tons and reduce energy use by 40 million MWh of electricity and 675 million therms of natural gas.

With the significant capital investment reflected in these types of utility plans, it is to be expected that details of the plan could be subject to greater review and scrutiny by the utility’s stakeholders and regulators in evaluating the cost-effectiveness
and anticipated benefits of the plans.

According to the 2018 Strategic Directions: Electric Report survey, 16 percent of respondents said it was “extremely likely,” while 28 percent said it was “somewhat likely,” that state utility regulators will require the incumbent distribution utility to provide a stronger economic justification than in the past for infrastructure capital investments necessary to modernize its distribution grid (Figure 1).

Many unresolved questions remain about how DER integration into the grid will play out over time. But there is no question that electric utilities must modernize their infrastructure to allow the two-way flow of electricity, while efficiently storing and managing these energy resources. Investments will not be limited to the deployment of EV charging infrastructure but will also require upgrades to the power grid’s communications and data networks.

Developing a strategic plan for capital allocation amid all of this uncertainly is not an easy exercise. But now is the time for electric utilities to begin thinking about long-term capital allocation planning in the context of a changing energy marketplace.