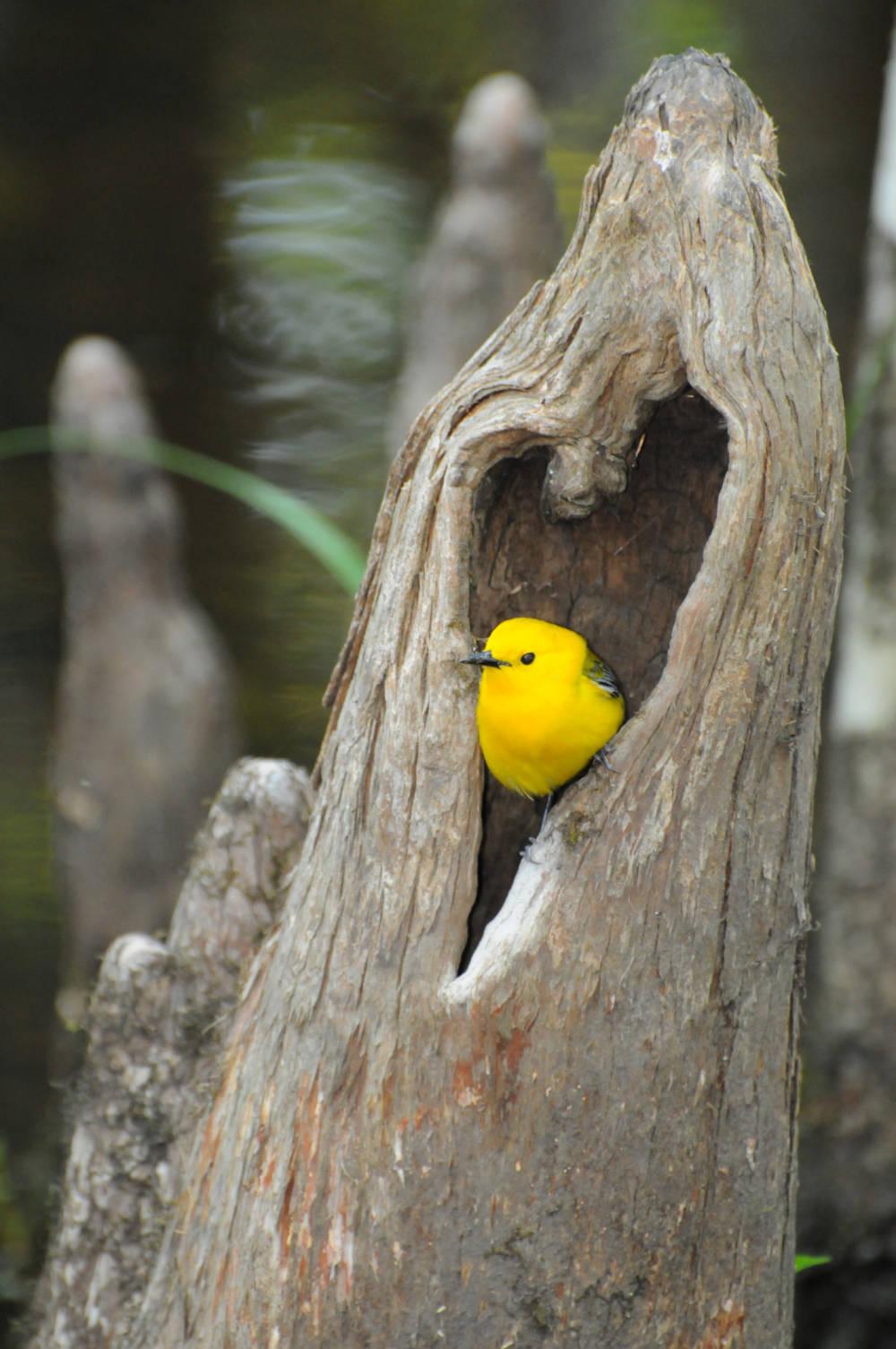 The National Fish and Wildlife Foundation (NFWF) and International Paper celebrate World Migratory Bird Day this Saturday, May 8, by marking progress in conserving bird habitats while also drawing attention to the serious threats birds still face as they migrate.

One in five bird species migrate, and migration is one of the world's great natural wonders. But every year, migrating birds face new threats. Birds may arrive at a regular stopover site only to discover it has disappeared under the asphalt of a new shopping mall. In addition to our changing climate, perhaps the greatest threat to successful bird migration is habitat loss, including the loss, fragmentation and degradation of forests from conversion to other land uses, and poor land management.

These are just some of the reasons NFWF and IP, through their Forestland Stewards partnership, support grants to improve bird habitat in the Lower Mississippi Alluvial Valley—an area covering parts of Arkansas, Illinois, Kentucky, Louisiana, Mississippi, Missouri, and Tennessee.

This region serves as a critical migratory flyway for birds like the bright golden-yellow prothonotary warbler as it migrates from as far south as Guatemala to as far north as the Canadian border. Known as a “swamp warbler” or “swamp canary” in the U.S. Southeast, its population is declining as forested wetlands in the U.S. and mangroves on its Central American wintering grounds decline.

Launched in 2017, the LMAV Fund is restoring, enhancing, and maintaining bottomland hardwood forests and wetlands and safeguarding water quality. The program has awarded three rounds of grants totaling $6.8 million in grant funding, generating $6.1 million in grantee matching funds and resulting in a total conservation impact of more than $12.9 million.

About the Forestland Stewards Partnership

International Paper and the National Fish and Wildlife Foundation (NFWF) formed the Forestland Stewards Partnership in 2013 to conserve and restore southern forestlands, which comprise of some of the United States’ most iconic landscapes. The partnership supports projects to restore native forests, strengthen important fish and wildlife populations, and protect watersheds — while at the same time promoting and supporting working forests in ten states across the South.

Beyond the Forestland Stewards Partnership

International Paper is taking additional measures that protect bird populations. Another collaboration with American Bird Conservancy enables International Paper to integrate bird conservation into its procurement operations. International Paper has also recently launched a fiber procurement monitoring system, which uses mapping technology and risk-based due-diligence filters to ensure it maintains or enhances the environmental values of the non-certified forests from which it sources fiber. These actions support the company’s Vision 2030 commitment to sustaining forests while also providing a measureable contribution towards reversing declines of forest birds.

Kites in the Trees