The New Power Grid: Obligations in the Era of Change 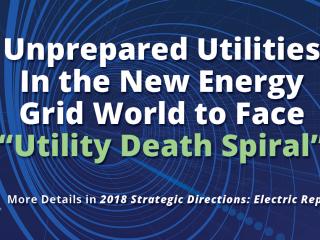 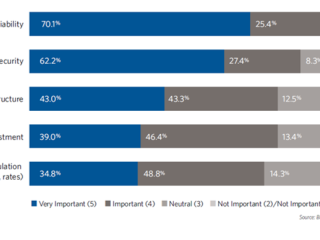 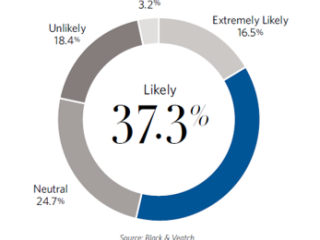 To effectively map out the current and future states of power delivery, it’s imperative to discuss what the landscape looked like in the past. Understanding the evolution of any industry typically requires a healthy dose of historical context, and making sense of today’s energy grid is no exception.

Throughout the majority of the electric power era’s first 100 years, the power supplier and the consumer had a simple relationship: electric utilities supplied the power, and the public promptly consumed it. The utilities were bound by an obligation to serve the customer, to provide reliable power and to do so safely; for the most part, they delivered on that promise.

This was the way of the world for much of the 20th century, but as desire for a free-market approach gained traction with the introduction of the Public Utility Regulatory Policies Act (PURPA) in 1978, the industry started to unbundle and restructure. The obligations to serve remained, but as more players became involved, the complexities of operating the grid began to multiply. Today, four decades into this transformation, we continue to see new players, new opportunities and new challenges, but we also see the same focus on meeting fundamental obligations.

The results from the 2018 Strategic Directions: Electric Report survey reveal what’s driving utilities today, and help paint a picture of what the future of our energy grid may look like. When asked about critical issues facing the modern electric industry, utilities pointed to familiar challenges – grid reliability (96 percent), cybersecurity (90 percent) and aging infrastructure
(86 percent) as important or very important issues (Figure 1).

These responses have consistently ranked among the top concerns for the industry for the past five years. Reliability lies at the heart of providing consistent service to consumers — whether the grid is under attack from rogue cyber hackers, or facing potential component failures on equipment that has reached the end of its useful life. This reliability challenge has only become more complicated as the grid continues to integrate with emerging technologies.

With 54 percent of respondents expecting third parties to either be “likely” or “extremely likely” to enter the market and supply power to customers, the grid must be reconfigured and enhanced (Figure 2).

Nearly 50 percent of utilities say they are actively working with their customers on alternative energy solutions and with regulators to enable sound investments.

Utilities who are not adapting to this new energy grid world could face significant economic challenges, often referred to as the “utility death spiral.” In fact, more than 70 percent of survey respondents view this scenario as a plausible outcome if utilities either fail to implement their own alternative energy solutions or if regulatory models preclude market flexibility.

Time is of the essence for utilities to adapt. Nearly a quarter of the respondents believe utilities have already begun feeling the effects of the “death spiral,” with another 61 percent believing that if they haven’t already, they will within the next 10 years.

These changes and challenges seem to be placing traditional electric power utilities at a crossroads, though it’s likely that big changes to the grid itself won’t be too abrupt. Instead, we have seen the slow unbundling and continued consolidation of investor-owned utilities across the United States over the past 20 years, including the acquisition of well-established U.S. utilities by international companies.

With generation becoming more diverse in an expanding wholesale market, ownership of transmission and distribution infrastructure has become an attractive investment avenue for utilities and others because of the consistent rate of return. Further, new technologies such as local battery storage, self-supply solar and the introduction of new system paradigms such as microgrids and smart grids have begun to change the face of the traditional power grid. These new opportunities and challenges will likely necessitate a shift in how customers pay for their power. To mitigate the effects of the death spiral and remain a viable investment option, utilities will need to seek changes in their regulatory compact to allow them to better accommodate innovation while still
maintaining reliability.

In an industry with more than 130 years of history, including four decades of fundamental transformational changes, we now find ourselves at a new pivot point. Traditional utility business models are slowly changing. New players are entering the market in all sectors of the industry and are introducing new, innovative technology and applications. The industry is increasingly embracing
new ideas on how to produce, store, transport and use electricity. We are witnessing an investment resurgence in an aging infrastructure that needs to reconfigure and expand to meets its obligation of delivering safe, secure and reliable electric power.