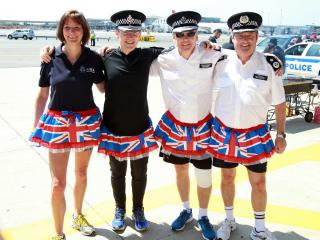 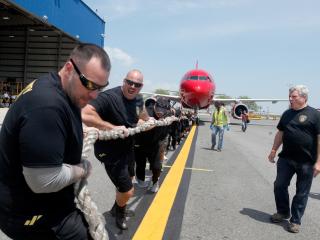 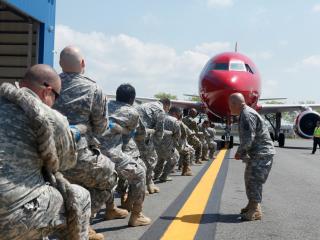 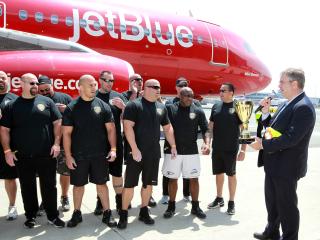 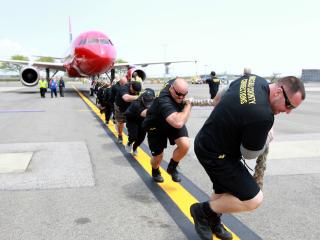 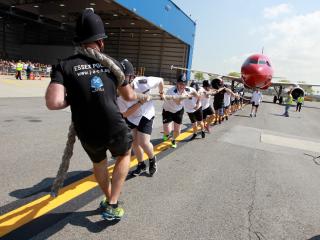 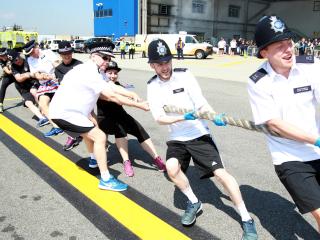 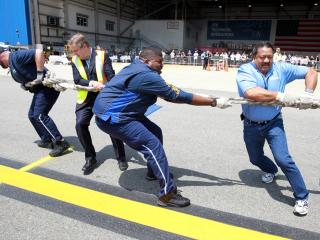 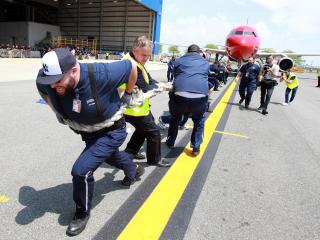 On May 23, JetBlue and the British Metropolitan Police hosted the seventh annual J-A-C-K Foundation Plane Pull at JFK Airport. The Nassau County Sheriff’s department won the top prize for the third year in a row pulling "Blue Bravest," our A320 aircraft honoring the FDNY Foundation, 100 feet in just 27 seconds.

The competition raised $124,000. Proceeds from the event will benefit The J-A-C-K Foundation and families impacted by pediatric brain cancer, as well as fund research to create national awareness for the disease. Last year’s event raised $40,000.

J-A-C-K was set up in 2008 by Richard and Yvonne Brown, both officers with the Metropolitan Police, to help fund research after their son Jack was diagnosed with the rare form of cancer in 2004. JetBlue Airways provided transportation for Jack to and from his treatment facilities in the U.S.  He sadly died from the disease on May 3, 2009, but fundraising efforts continue in his memory to support other families affected by the condition.  To make a donation to the Foundation and to learn more please visit www.j-a-c-k.org.

JetBlue's Signature 'Swing for Good' Fundraising Campaign Returns with Launch of 'Bid for Good', Together Raising Over $8 Million for Charitable Partners Since 2008