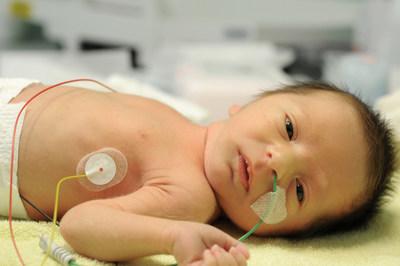 SAN DIEGO, April 25, 2022 /3BL Media/ -- Illumina, Inc. (NASDAQ: ILMN), a global leader in DNA sequencing and array-based technologies, announced an agreement with Germany's Hannover Medical School (Medizinische Hochschule Hannover (MHH)) to implement the use of whole-genome sequencing (WGS) in critically ill children suspected of having a genetic or rare disease. The project, led by the Department of Human Genetics at MHH, will evaluate the use of WGS in neonatal and pediatric intensive care unit settings to show the positive impact of earlier diagnosis and treatment for hospitalized children.

At least 100 critically ill children in intensive care with suspected genetic disorders will be tested, where possible as a trio (affected child and their parents), to evaluate the diagnostic efficacy of rapid WGS (rWGS). The study findings will be used to challenge the existing inclusion and exclusion criteria for rWGS eligibility in intensive care settings and help to establish appropriate evidence for earlier use of rWGS in the German healthcare system. Recent studies performed in healthcare systems in Canada, the UK and the US on rapid (trio) WGS in critically ill children have shown it to be of great clinical value for pediatric precision medicine due to its high diagnostic rate and short time to diagnosis.

"We are honored to support Hannover Medical School on this project," said Paula Dowdy, Senior Vice President and General Manager of Illumina for Europe, the Middle East, and Africa. "The ability to provide a faster diagnosis for genetic diseases through whole-genome sequencing is crucial in reducing the suffering and uncertainty in critically ill children — it has been shown to be the most actionable and cost-efficient means to make a diagnosis. Importantly, this project will also add to the growing global body of evidence on the value of whole-genome sequencing in the timely diagnosis of children with genetic diseases."

The project will also capture the clinical utility of rWGS in terms of changes in patient care and management. Additionally, it will analyze the health economic impact on the hospital by comparing the costs of rWGS versus the existing diagnostic pathway for a critically ill child with a suspected genetic disorder. Illumina is supporting the project by providing reagents for the library preparation of DNA and sequencing reagents for the WGS samples.

"Time is critical for children in intensive care with suspected genetic disease, and through this study we hope to lead the way in applying cutting-edge genomics to improve healthcare and bring peace of mind to families," said Bernd Auber, MD, Human Geneticist at Hannover Medical School, whose team is leading the study. "Our aim is to implement whole-genome sequencing as a decision-making tool in neonatal and pediatric intensive care units, ideally replacing routine diagnostic tests currently used. We are grateful to Illumina for their support."

Rare diseases, of which more than 7,000 are known, are primary contributors to hospitalization and mortality in infants. About 2-6% of the population worldwide is affected by a rare disease and while 80% of these have a genetic component, many patients struggle in the search for a diagnosis. On average, the diagnostic odyssey can take five to seven years.

The German study will contribute to a growing body of evidence generated in other countries — including Australia, Canada, the United Kingdom and the United States — showing that WGS offers significant benefits for diagnosis of genetic disease in critically ill infants. Similar studies to evaluate the role of WGS in critically ill children are underway in other countries such as Dubai's Al Jalilah Children's Specialty Hospital, and Israel's national pilot program in neonatal intensive care units.

WGS is the most comprehensive method for genetic disease testing and allows identification of pathogenic variants in non-coding regions as well as unprecedented detection of disease-causing single nucleotide variants, small insertions and deletions, and copy number and structural variants, among others. WGS can accelerate time to diagnosis for patients with suspected genetic diseases, ending the long and painful odysseys for patients and their families, helping optimize treatment and management. Use of rWGS for diagnosing genetic conditions in critically ill children in intensive care settings requires fast turnaround of results (in less than 10 days), enabling timely provision of optimal care. Current diagnostic options are based solely on conventional approaches such as single gene tests, gene panels, and chromosomal microarray.

Illumina is improving human health by unlocking the power of the genome. Our focus on innovation has established us as a global leader in DNA sequencing and array-based technologies, serving customers in the research, clinical and applied markets. Our products are used for applications in the life sciences, oncology, reproductive health, agriculture and other emerging segments. To learn more, visit www.illumina.com and connect with us on Twitter, Facebook, LinkedIn, Instagram, and YouTube.

How Organizations Around the World Are Closing the Cancer Care Gap

Sequencing the Sustainable Secrets of Seaweed

Illumina Selected as One of America’s Most JUST Companies

Does Your Dog Have Nine Lives, Too? This DNA Test Can Tell You

Nurturing the Next Generation of Life Sciences and Genomic Experts