The Home Depot Charges Ahead With 100 MW of Solar Energy 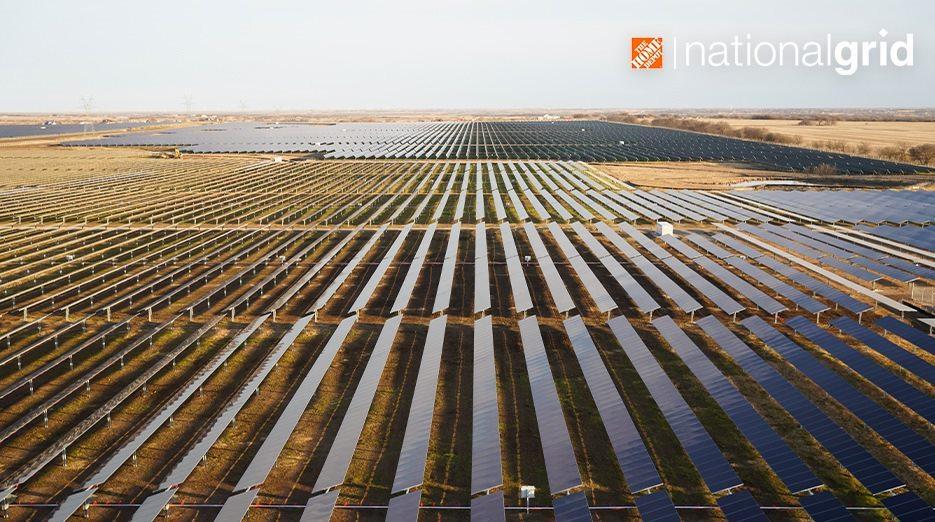 Originally published on Built From Scratch

“Solar energy is the most abundant energy resource on earth,” said Ron Jarvis, chief sustainability officer for The Home Depot. “With this purchase, we are getting a step closer to our goal to produce or procure 100% renewable electricity equivalent to the needs of our facilities. We anticipate about three-quarters of our alternative and renewable energy capacity will come from solar energy by the end of 2023.”

The Home Depot is reducing its carbon footprint by improving the efficiency of the company’s operations and investing in alternative energy solutions. Since 2010, The Home Depot has reduced electricity consumption in its U.S. stores by 50 percent and currently operates rooftop solar farms on more than 80 stores and electricity-generating fuel cells in more than 200 stores.

The Home Depot currently purchases solar power from a 75 MW facility and is under contract for another 50 MW of solar capacity. The company also purchases energy from a 50 MW wind facility. The Home Depot expects the combined annual renewable energy generation from these agreements would be enough to power more than 500 stores.

For more information about how The Home Depot is doing its part to operate sustainably, visit corporate.homedepot.com.

Keep up with all the latest Home Depot news! Subscribe to our bi-weekly news update and get the top Built from Scratch stories delivered straight to your inbox.

More from The Home Depot

The Home Depot Premieres Documentary Film “Hope Builds,” Offering Behind-the-Scenes Look at Natural Disasters and What It Takes To Rebuild