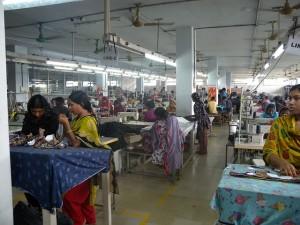 The CEO of one of the world’s largest clothing retailers thinks that we will be heading the wrong way if we reduce consumption to ward off climate change.

Karl-Johan Persson, who runs the Swedish multinational Hennes & Mauritz (H&M), suggested in an interview with the Guardian that, “If we were to decrease 10 percent to 20 percent of everything we don’t need, the result on the social and economic side would be catastrophic…” Cutting back precipitously would increase worldwide unemployment and poverty, he argued. The challenge, said Persson, is “doing it in a way where you still can have economic growth and jobs creation, while finding the innovations that can limit the damage to the environment.”

The article in the Guardian was noted as containing content that was paid for by H&M. Still, it brings up some valid points about manufacturing challenges in today’s retail sector.

In a way, Persson’s statements aren’t that far away from prevailing attitudes of some of the more popular U.S. clothing manufactures. Levi-Strauss & Co., Patagonia and other clothes producers we’ve mentioned here have vigorously supported a “circular” economy in which products are used, recycled or reused — and hopefully most or all of their ingredients are kept out of the landfill. Levi-Strauss & Co.’s recycled denim and Patagonia’s Worn Wear initiative both exemplify this idea. So does H&M’s own recycling initiative, which issues vouchers in exchange for returned, pre-loved clothing.

How H&M Will Become a Tastemaker for Sustainable Fashion

H&M Amongst Top 3 Detox Companies According to Greenpeace

WWF and H&M Lead the Way for More Sustainable Fashion

Presenting the Winners of the Global Change Award

€1,000,000 to be Allocated Between Global Change Award Winners in Public Online Vote