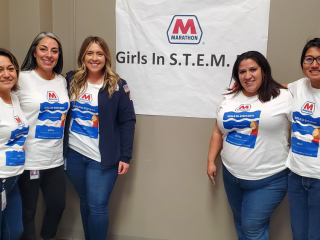 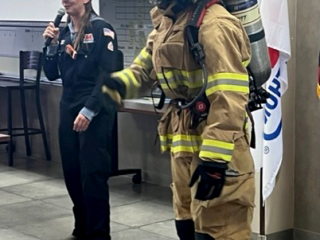 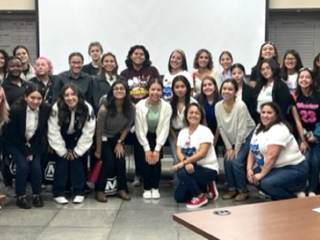 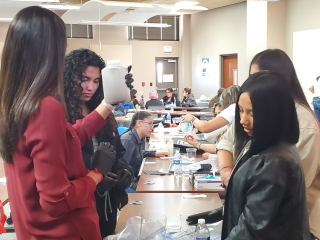 As an environmental engineer, Rebecca Ayala is directly aware that the number of women entering her professional field remains statistically low. U.S. Census Bureau data show women represented about 15% of all engineers in 2019. This reality motivated Ayala to help organize an event for high school girls in late 2022 at Marathon Petroleum’s El Paso, Texas, refinery where she works, so they could interact with female employees in careers related to science, technology, engineering and math (STEM) to gain firsthand knowledge of these disciplines.

“The refinery had never hosted anything like this,” Ayala said. “We had 40 girls spend an entire day at the facility, which involved presentations from women engineers, scientists and operators, a site tour that included the laboratory, a panel discussion and several hands-on learning activities.”

Among other immersive experiences during the Girls in STEM Day event, students designed water filters and tested the water they filtered at the site’s laboratory. They also put on safety gloves to turn valves on a piping system demonstrator and took part in a tabletop exercise that simulated the transfer of refined product from one tank to another, using water in containers connected to a system of plastic tubes.

Refinery participants came from multiple departments, including technical services, engineering, the laboratory, operations, environmental, process safety management and safety. Ayala said her co-organizers found a creative way to introduce concepts behind the personal protective equipment (PPE) that must be worn by refinery employees for various tasks.

“We had PPE fashion shows where we invited ladies to walk a ‘runway’ wearing various types of PPE while our industrial hygienists described for students the purposes of their clothing and equipment.”

The girls at the event were juniors and seniors from several area high schools who had to submit applications and be selected to take part. Before the day ended, one of the students was awarded a $1,000 scholarship for college, based on her application and level of participation.

Given the feedback about the gathering, efforts to plan a similar event in 2023 are already taking shape.

“These girls were very smart and asked questions that were very advanced for their age. We definitely want to do this again in the coming year,” Ayala said.