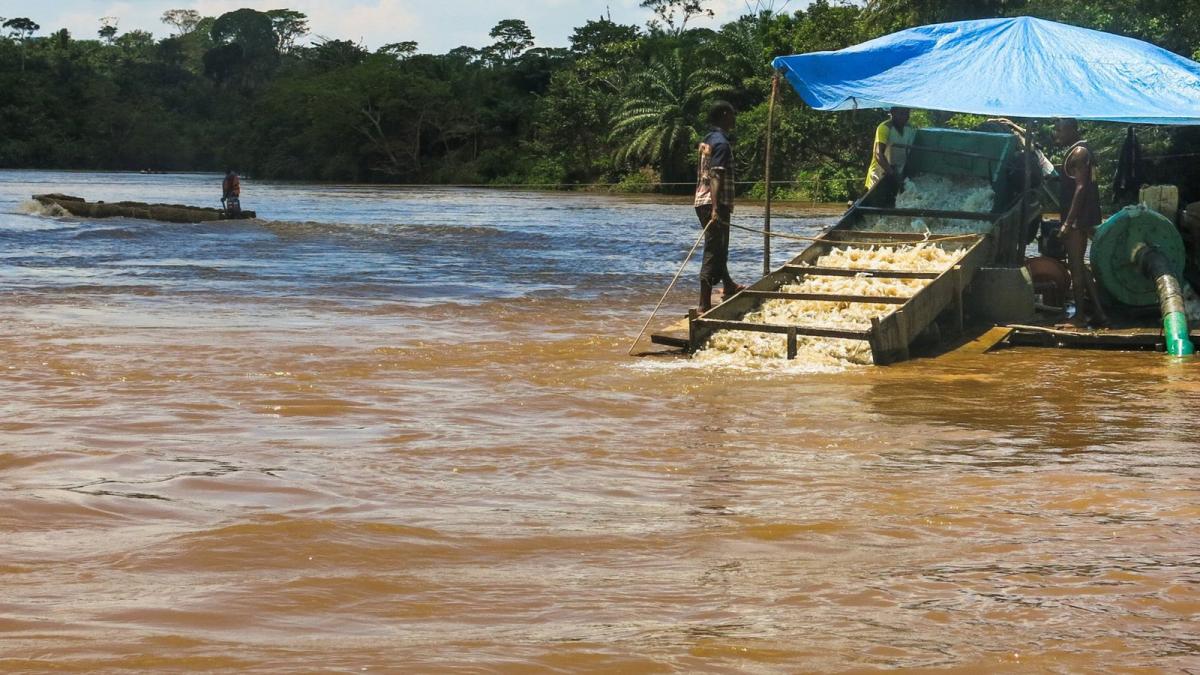 Shabunda, a territory of South Kivu, experienced a gold rush in 2014 and 2015. During the peak of the boom, the local hospital in Shabunda reported at least 500 cases of malnutrition. How was it that even though $38 million worth of gold was produced in 2014, the local economy suffers? The DRC is home to one of the most impoverished populations of the world.

Global Witness, a non-profit group that works to expose corruption in natural resources trade, recently investigated a corruption triangle between armed groups, public officials and gold trade in Shabunda. In the exposé “River of Gold,” Global Witness revealed that the privately-held Chinese company Kun Hou Mining has supplied cash and AK-47’s to the local armed groups called Raia Mutomboki. These groups were likely making as much as $25,000 a month through the exploitation of local mining operations. The investigation found that gold amounting to roughly half a million dollars mined by Kun Hou operations was exported to Dubai through official channels. However, $17 billion worth of the gold that was produced went missing over the course of one year. Global Witness believes that the gold was smuggled out of the Congo and exported into global supply chains.

Furthermore, the exposé revealed that local authorities colluded with local armed groups to illegally tax miners, as well as to fabricate official export documents to cover up evidence that gold was being sourced from illegally-operated mines. The taxes that were extorted by corrupt officials, instead of being injected into the local economy, disappeared. Congolese Mines Minister Kabwelulu stated that local authorities who engaged in illegal mining activities should be prosecuted, and private firms should be restricted. However, according to Global Witness spokesperson Sophia Pickles, Kun Hou Mining has been allowed to both freely operate and expand under the direction of South Kivu’s governor, despite Kabwelulu’s instruction to suspend the company. A two-day strike held by the local people of Shabunda demanding a deeper investigation into Kun Hou seemingly had no effect.

In light of the human rights abuses occurring in the DRC, there have been significant efforts in the international arena to implement regulations and guidelines related to the sourcing of conflict minerals (defined as tin, tantalum, tungsten and gold, or 3TG for short.) The Organisation for Economic Cooperation and Development (OECD) issued a set of due diligence guidelines for supply chain responsibility, which has been adapted as reporting regulations by the United States and the Congo. The guidelines have also been adapted as a precedent in China for companies to follow. However, the U.S. Government Accountability Office made an official statement last month that companies continue to struggle in determining whether minerals used in products are sourced from mines that benefit armed groups. Companies face this challenge due to the mere complexity of globalized supply chains.

Source Intelligence is a third party service provider that assists global enterprises and suppliers in the process of achieving supply chain transparency, with a specialization in conflict minerals reporting. Connecting people to their supply chains, Source Intelligence helps companies do their part in preventing the sourcing of minerals from conflict areas, which leads to increased risk mitigation along the supply chain. Developing close working relationships with suppliers and investigating the supply chain is the very first step in preventing human rights abuses occuring in your own supply chain. Source Intelligence’s ““Conflict Minerals Reporting. A Deeper Look into RY2015 SEC Filings” provides an in-depth analysis of how companies are fulfilling their Conflict Minerals Reporting requirements, and how methods are changing and improving over time. To download the full report, click here. To watch our on-demand webinar on key trends and highlights with additional insights from experts, click here.