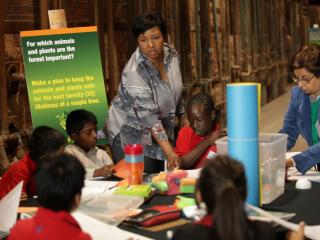 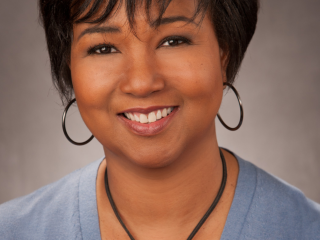 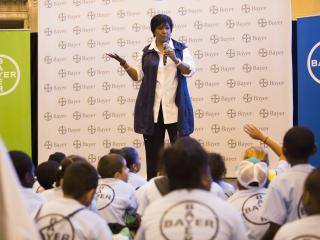 Former Astronaut Dr. Mae Jemison Empowers Youth to Explore, Connect with the Wo…

Dr. Mae C. Jemison, the world’s first woman of color to go into space, served six years as a NASA astronaut. She flew aboard the Space Shuttle Endeavour and was NASA’s first science mission specialist, performing experiments in material science, life science and human adaptation to weightlessness. Prior to NASA, Dr. Jemison served as a Peace Corps medical officer in Sierra Leone and Liberia; Her international experience also includes time spent working in a Cambodian refugee camp, and with the Flying Doctors of East Africa.

Acting on her passion for science literacy, Dr. Jemison founded the Dorothy Jemison Foundation for Excellence in 1994. Through the foundation, she launched an international science camp called The Earth We Share™ to engage youth in hands-on, interdisciplinary STEM education.

We sat down with Dr. Jemison to learn more about her work, and what inspires her to serve.

Read the full story on the Points of Light blog.

More from Points of Light

Learn How to Prove, Improve and Celebrate Your Social Impact