“Evolving Info-Structure in Our Information Age” 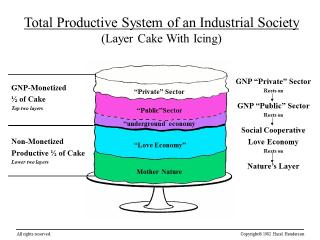 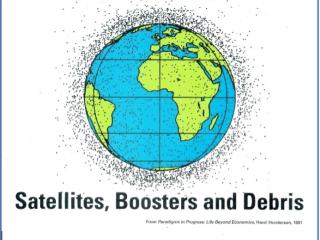 All nations evolve their infrastructure along with their peoples’ knowledge and technologies.  From our distant past as small bands of nomadic hunter-gatherers, we learned the use of fire to smelt iron and tin --- progressing from the Iron Age to the Bronze Age.  We learned to domesticate animals, agriculture to grow our food, settling in villages, our earliest form of infrastructure, so as to more efficiently assure our collective survival.

So human societies forms of infrastructure continued to evolve as we progressed from villages to towns and cities --- always needing to stay connected to meet our changing needs for surviving and developing.  Our dirt paths became paved, augmented by rivers linked by networks of canals, the earliest infrastructure of the Industrial Age.  Our ships began to keep us connected across oceans, while railroads connected us across continents.

This infostructure grew from our one-room schoolhouses fostering our children’s minds, to free public education, early head start childcare and development programs. Student loans allowed wider participation in colleges and state-funded universities as magnets for new markets. The Covid 19 pandemic taught us that we can no longer rely on the Love Economy: families, volunteering, charity and women’s unpaid work to care for our sick and elderly or raising our children.  Four million women: frontline nurses, teachers and service workers lost their jobs.  Childcare centers closed, forcing many others to quit other vital public service jobs.  Thus, today’s human services infostructure requires rebuilding this robust support system, the backbone buttressing all our markets and businesses, to fully restore the 20 million jobs lost in the pandemic.  London School of Economics director Minouche Shafik reports that societies average a 14.3% return on investments in preventive healthcare and that childcare is now essential infrastructure, in “What We Owe Each Other“,(2021).

All this infostructure which dominates today’s Information Age, has also brought new dangers, described by Alexander Klimburg in “The Darkening Web” (2017), as hackers and cyber-criminals can now attack electronically our aging critical infrastructure: our pipelines, fiber-optic cables, electrical grids, airports, subways and water systems.  Even our satellites are threatened by the space junk we carelessly discarded, that now threatens to turn our planet into an orbiting prison with its self-imposed screen on further space exploration, as I warned in the 1990s.  Our planet is now criss-crossed with all our tangible and intangible forms of connectivity, described by futurist Parag Khanna in “Connectography: The Future of Global Civilization” (2016).

All this human connectivity evolved over the centuries to facilitate our production and organize our collective activities and governance, from early feudalism and theocracies, monarchies and autocracies to city councils, regional legislatures and national parliaments and ever more democratic decision-making and technological innovation. Today, we live in “mediocracies and their attention economies“ whatever our ostensible forms of government.  Media access, advertising and public relations now seem to trump politics, private enterprise, culture, values and local communities.  Central banks issue our currencies, no longer backed by gold and now threatened by private, anonymous crypto-currencies, speculation, digital derivatives and Facebook’s “libra”.  All is now politicized, even definitions of words like infrastructure!  We add the term “infostructure“ to illuminate this shift from hardware to software, from atoms to bits.

Most of today’s national infrastructure and its newest infostructure are financed by government long-term investments in most industrial and post-industrial countries. These larger, more complex societies require taxpayers investments in their basic underpinnings, that no individual company or group can provide. In the USA, only the Eisenhower – led government had the capacity to build the interstate highway system. Only the government and Congress led by FDR could have provided the financing for companies that built the Hoover Dam, without which Arizona would still be mostly empty desert and Los Angeles still a village.  Yet the current debate still is over 19th and 20th-century infrastructure, rather than the infostructure that now dominates our lives and economy.

Today’s US debates are around repairing and upgrading our crumbling material infrastructure which poses a $3 trillion backlog, according to public engineering groups. Additionally, we must invest to shore up the new vulnerabilities of our critical national electrical grid, water systems, networks of gas and petroleum pipelines, such as those of Colonial Pipelines recently attacked by ransomware emanating from Russia.  All this reminds us of the competitive nature of national infrastructure as the bedrock of our complex societies, as we first experienced in the 1950s when the Soviet Union launched Sputnik and a manned spacecraft.  This drove US governments into space and the founding of NASA. Today, China leads in urban infrastructure, electrified railroads, bullet and Maglev trains, nationwide highways, air travel, airports, and in space, as well as electric grids and vehicles, renewable energy, solar panels and wind generators exported to the West.

Time to upgrade our politicians’ and mainstream media editors’ mental software and bring this debate into the present and face up to these issues which will decide our future.

"US Voters: Circular Politics Beyond Polarization"

Are We Locking Earth Into a Space Prison?