Driving Change in Uncertain Times: Why HPE & Shell are Working Together on the 2016 Eco-Marathon

Aug 15, 2016 8:50 AM ET
Campaign: HPE | Our Company: Setting Bold Targets for Our Company and Leading the IT Sector in Developing Industry Standards 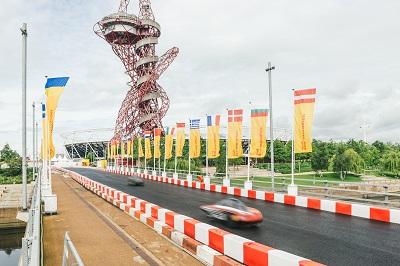 Shell Eco-marathon is one of the most challenging student innovation competitions in the world, where teams are challenged to design, build and test ultra-energy-efficient vehicles with the aim of creating a vehicle that can drive the furthest on the equivalent of one kWh or one litre of fuel. The team that goes the furthest, wins.

Held each year in Asia, the Americas and Europe, it’s an event entirely in keeping with Shell’s ongoing research into the future of critically important issues such as urbanisation, energy and mobility. As one of the most recognised energy providers in the world, Shell accepts its responsibility to try and understand the possibilities and uncertainties that lie ahead. Both Shell Eco-marathon and the broader Make the Future programme are testament to this.

It has now become a yearly Shell tradition to provide young people around the world with the exciting challenge of building the car of the future and to test it on the road. And it’s thrilling for all those involved, which includes us at Hewlett Packard Enterprise (HPE).

Learning by Doing
We have been the Global Innovation Partner for Shell Eco-marathon for the past three years and were excited to be at the event in London at the Olympic Park stadium 30 June-3 July 2016. The primary reason for getting involved was because, like Shell, we wanted to help raise awareness around energy efficiency and energy use. “Learning by doing” is the motto and this really is what happens. Everywhere you look, you see people experimenting and learning about the environment, energy, our natural resources and the future of technology. It’s as fascinating to see as it is encouraging.

The power of technology and innovation to help improve the world is something we at HPE understand and believe in wholeheartedly. It’s the core of HPE Living Progress. We can all help create a better future through our actions and commitment to innovation. This is in our DNA and demonstrated, for example, by our development of a server that uses up to 65 per cent less energy and has a 90 per cent smaller footprint.[1] It’s also why we recently launched The Living Progress Challenge—a global crowdsourcing initiative which asks people to share their ideas for software applications and digital services that can help those with less access to technology, and are thus excluded from the great opportunities it presents. In just four months, we have received almost 400 ideas and more than 130 proposals from around the world. On August 3, at the Living Progress Challenge Finals event in New York, we selected four winning ideas to develop into real life solutions and deploy with the help of HPE.

Our Connected Future
And when it comes to Shell Eco-marathon, we take our role of raising awareness around sustainable energy just as seriously as any other project we work on. For example, over the last two years we’ve worked closely with Shell to show visitors the value of recycling used IT equipment. And this year, HPE showcased its Connected Car to demonstrate the positive impact this technology can and will have on peoples’ everyday lives.

Through our Live Data Project, which used bespoke analytics, automotive software, IoT, apps and real-time data from the vehicles, we also sought to make Shell Eco-marathon even more engaging for attendees, and suitable for broadcast it to a larger audience. This again helped us communicate the importance of sustainable energy more effectively.

We live in uncertain times. The world around us is constantly changing. Yet this just makes it even more important that organisations like Shell and HPE continue to engage with the wider challenges society faces. We all have a responsibility to drive sustainable, positive change.

In Her Element - Michele Roberts

In Her Element - Susie Wolff

How the Edge Is Reshaping Healthcare