Data as the New Infrastructure 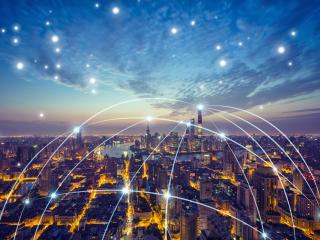 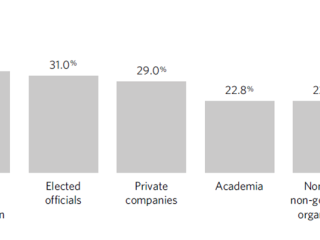 For decades, the definition of “infrastructure” has remained unchanged and was used to define roads, bridges, electricity and water delivery systems, among other examples. But as cities continue to build upon smart city efforts, the concept and very definition of infrastructure is changing.

As the former Innovation Policy Analyst for the city of Kansas City, Missouri, and now the current Smart Cities Coordinator for Seattle, my personal journey has been exciting and challenging. What began as a simple conversation about city right-of-way when deploying sensors is now a much larger conversation on a wide range of issues, including digital inclusion, autonomous vehicles, city performance management and small attachment regulatory schemes for the coming of 5G.

Cities are now looking at both the internet and data as basic forms of infrastructure. For example, San Francisco city leaders recently announced the kickoff of a $2 million study to build municipal broadband, which carries a potential price tag of $1.5 billion.

Another leading city, Chattanooga, Tennessee, is paving the way as a city offering a similar service, which has resulted in significant dividends in economic development and digital equity for its residents. In addition, Kansas City, Missouri, now has 52 square blocks of free public Wi-Fi. These efforts reflect cities’ progress in building the foundation to connect residents to city data.

As these connectivity efforts grow, stakeholders in smart city projects need to continue to collaborate. Smart city projects must have a direct correlation to city performance, which means vendors need to think like a city. However, gaps exist, particularly when it comes to what cities need and what vendors can provide.

A great example of a “lost in translation” service is the data for pedestrian counts. Vendors will sell pedestrian counts to a city as a way to enhance economic development and commerce; however, this information is not always that  helpful. Cities generally know which blocks are economically vibrant and which are not.

Pedestrian data can, however, help with real-time intersection behavior. If we could change the functionality of an intersection and count people like we count cars, then we would be giving multimodal options a real chance to operate together. For example, if there are 25 people on the sidewalk, but just two cars going in the same direction, a real-time adaptive signal will shorten the green light based only on the car count, missing any accommodation for pedestrians.

There is great opportunity for improvement here. Cities cannot do this alone, as evidenced by responses to Black & Veatch’s 2018 Smart Cities & Utilities Report survey. This overarching sense of collaboration is evident, as cities and municipalities are clearly interested in pursuing partnerships across traditional and nontraditional lines to see these efforts through. According to survey results, nearly half (43 percent) of municipalities/administrations polled reported collaborating with utilities to help determine their smart city initiatives (Figure 1).

Working with subject matter experts and technology leaders continues to be a priority; but at the same time, we have a lot of work to do internally. For example, the private sector may offer a sensor that gathers a vast amount of data to help a city better perform. But if said city isn’t ready to ingest, manage and analyze that data, the actual results will be delayed. The easier vendors make it for cities to process the data and incorporate it into status quo operational habit, the more successful the smart city project will be.

I have nothing but optimism for this industry as it charges ahead. More cities than ever are engaging with smart city efforts, and we’ll keep moving forward. It all comes down to one word: data. Data may or may not be the “new oil,” but it is certainly the new form of infrastructure.

Europe Sees Promise, Challenges on the Path to Hydrogen