How hyper-local air pollution monitoring is changing the landscape 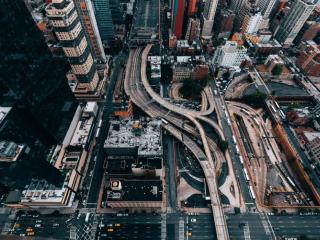 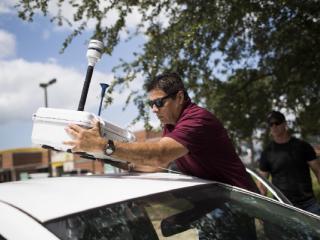 Originally published by The Fourth Wave of Environmental Innovation on Medium

Right outside my window in Washington, DC, there is a hill where trucks accelerate towards the north, and buses idle to pick up tour groups. Even when the air looks clear, it may be hiding an invisible danger. Air pollution kills 4.5 million people a year and costs the world $225 billion a year in economic damages. These global figures mask what can be a highly local, personal risk. Recent studies show that air pollution varies as much as eight times within one city block. We also now know that living by streets with the most elevated pollution can raise the risk of heart attack or death among the elderly by more than 40% — the same risk as a history of smoking — suggesting air pollution is far more dangerous than previously understood.

The good news is we are on the cusp of generating widespread hyperlocal insights into air pollution. Understanding for the first time at a local, personal level where pollution is, where it comes from, and its impacts could shine a spotlight on the problem and increase the urgency and motivation for action. Because the best actions will protect health and mitigate the risk of climate change, local insights can provide the springboard for local, regional, national and even global impact.

We marked a big step forward recently in Houston.

The city installed novel instruments on two municipal fleets to measure air pollution. They are designed to be low-maintenance, scalable systems, capable of detecting harmful pollution as the drivers go about their regular business. Over the next few months, we will test operations that work for fleets and drivers.

Houston is the ideal place to test innovative solutions because of its persistent problem with air pollution — and the city’s willingness to try and tackle it. Over the past 20 years, the nation’s fourth-largest city has taken several steps to reduce air pollution, but the city’s sprawling petrochemical network, busy port, car-dependent culture, and climate still combine to form lung-damaging smog. On many days, its air also contains other harmful pollutants, like cancer-causing benzene, a gasoline byproduct.

The bottom line: There is a lot more work to do to bring Houston’s air into compliance with the federal government’s health-based standards. But the lessons learned can apply to other cities looking for solutions for their dirty air. Houston’s openness to collect air pollution data at scale has the potential to inspire a groundswell of air pollution action.

What’s more, the timing is ideal. Houston’s mayor Sylvester Turner is the co-chair of Climate Mayors, a group of leaders supporting the goals of the Paris Agreement. Mayor Turner has taken a strong stand that cities must get creative in the fight against air pollution and climate change. Texas, meanwhile, has abundant renewable energy, creating an opportunity for rapid, leading innovation to protect health and the environment.

What would it take to bring air pollution transparency to an entire city? Environmental Defense Fund and Geotab, a global leader in IoT and connected transportation, just released a big piece of the answer. A feasibility analysis based on over 1 million drive histories revealed that just 10 or 20 fleet vehicles could map 50% — 70% of a city. That is not a lot, and demonstrates that hyperlocal insights are within reach.

These novel guideposts are indispensable for making the invisible visible. Cities and private fleets can start to ask how their vehicles and infrastructure could be a sensing platform. Knowing how many instruments are needed and for long helps innovators design better systems. It could enable new business models, including sharing economy strategies that eliminate upfront purchase costs.

Actions inspired by hyperlocal insights could make a difference for health and the environment. For example, we might target electrification of vehicles where pollution from traditional transportation makes heart attacks more likely. What about new building designs in hotspots that eliminate harmful pollution from heating and cooling? Where can clean, safe electricity generation reduce asthma attacks? Some benefits can be achieved through local action. Other cases will require cities to organize and inspire regional, national, and global leadership. Hyperlocal insights just might be the missing ingredient that jumpstarts big changes.

As we finally understand where pollution is, where it comes from, and its costs, we can turn our work towards ideas that help people and the planet flourish, not just prevent harm. We are not just slowing emissions. We are moving as fast as possible towards work that brings prosperity in places where it is needed most.

This article was originally published by The Fourth Wave of Environmental Innovation on Medium.

What Presidential Hopefuls Can Learn From the Original “Climate Corps”

Can the Circular Economy End the Era of “Throwaway Living”?