CHP technologies will continue to evolve and progress, driving development and adoption 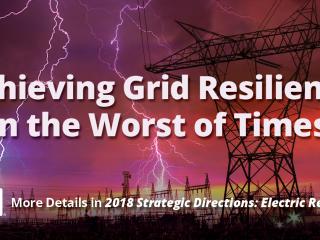 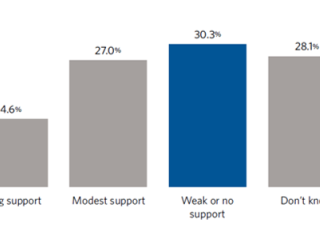 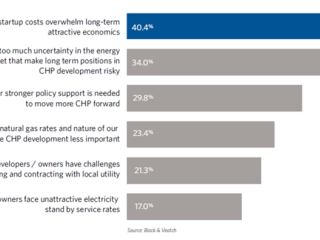 The benefits of combined heat and power (CHP) generally are well established, and the technology is recognized as having great potential to improve large industrial process efficiencies while contributing to grid resilience.

Conventional electricity generation systems waste a great deal of energy through the discharge of heat into the atmosphere, and even more is wasted when electricity is distributed to distant industrial and commercial end users. CHP, on the other hand, makes productive use of the waste heat that is generated as part of the thermal processes.

As a result, CHP can lower the overall energy demand of a large facility and, under some circumstances, dispatch additional electrical energy to the distribution grid. In doing so, CHP “can achieve efficiencies of over 80 percent, compared to 50 percent for typical technologies (i.e., conventional electricity generation and an on-site boiler),” according to the EPA website.

Today, we are seeing a growing interest in CHP because of low natural gas prices, an aging fleet of industrial equipment, growing sophistication in process controls, enhanced need for reliability and resiliency in industrial operations, and interest from utilities and facility operators in investment in distributed energy projects.

In 2012, the Obama administration backed efforts to promote CHP by setting the goal of achieving 40 gigawatts (GW) of new, cost-effective CHP by 2020. This has helped to put a focus on the technology, but a combination of better distributed CHP packages, low natural gas prices, enhanced requirements for operational resilience and positive economics of CHP investments has helped to spur development of CHP projects. One emergent CHP capability was brought to light during Hurricane Sandy in late 2012, where the value of highly localized grid support became apparent. CHP is now identified as an important potential component of well-designed microgrids that can provide local grid security and resiliency in the event of major and sustained power outages, especially if it can provide a “black start” capability.

SETTING PRECEDENT DURING HURRICANE SANDY
During October 2012, Hurricane Sandy hit the Mid-Atlantic coast, unleashing destruction and wreaking havoc from Trenton, New Jersey, to eastern Connecticut. Principally because of flood damage, power was knocked out for days. However, some major institutions such as universities and colleges in New Jersey, New York and Connecticut retained electricity because their microgrids with CHP systems at their core kept these installations running throughout the storm.

The College of New Jersey in Ewing Township operated without interruption after disconnecting from the local grid. In Fairfield, Connecticut, 98 percent of the city lost power for an extended period while the central university’s facilities were down for five hours, and the library maintained power.1

In similar ways, CHP facilities in area hospitals proved their worth. Long Island’s South Oak Hospital operated seamlessly during Sandy. Knowing that the grid was most likely going to fail, hospital leaders disconnected in advance as they heard of the impending outage. In fact, prior experience with a 2003 blackout, and its reliance on its CHP facility at that time, had them prepared for Sandy. In Connecticut, Danbury Hospital kept its vital functions operating during the whole of the storm.

In contrast, NYU’s Langone Medical Center’s non-CHP backup system failed, forcing the facility to relocate over 200 patients while waiting for restoration of power.

In the water industry, New Jersey’s Bergen County Utilities Authority kept its sewage treatment facility operating during and after the storm. Running on biogas, its continued operation reduced risk of water supply contamination for the 550,000 residents who rely on this facility. In other areas affected by Hurricane Sandy, water authorities invoked orders to reduce consumption; in still other areas, raw sewage infections occurred.

A common thread through these CHP success stories is also reliance on natural gas as the fuel of choice. During Hurricane Sandy, many backup diesel-fueled systems failed when trucks replenishing diesel fuel were unable to reach generators. The natural gas supply network proved to be much more resilient, and this experience has changed how many institutions, including the federal government, view fuel selection for backup and critical power systems.

THE PATH FORWARD: CHALLENGING MISPERCEPTIONS
From the experiences of the customers and facility owners who were able to ride out the worst of Hurricane Sandy’s impacts because of the grid resiliency benefits afforded by CHP, their choices to invest in CHP appear wise in hindsight. Total process efficiencies, emissions and costs are lowered, while at the same time the risk of the loss of grid services in the event of a major outage are reduced. However, misperceptions remain, and the perception of the overall value of CHP by policymakers, planners and others is still a work in progress.

Responses to the 2018 Strategic Directions: Electric Report survey suggest a division between highly positive and negative responses to questions regarding policy strength and value perception. Nearly half (42 percent) of survey respondents indicated strong or modest support for CHP development, with either policies and rules in place that outline how CHP can contribute to utility and regional energy goals, or growing interest in developing those policies and rules (Figure 1). Nearly one-third said there is weak or no support, while one-third expressed no knowledge of the state of CHP, which suggests the need for education and a possible model for improved policies and understanding of the value proposition for CHP.

SIZE, SCALE AND GRID INTEGRATION
CHP can be an effective and economic solution for small commercial facilities with loads as small as 20kW to large industrial complex with loads exceeding 500MW. Teams today are studying and deploying CHP technology across this spectrum with a range of technologies including fuel cells, reciprocating engines, and combustion turbines.

The value of policy coordination, and a resulting framework of well-crafted rules and regulations, cannot be underestimated in achieving greater integration of CHP into the grid. For example, a good and useful application of fair backup and standby rates is important to ensure that the participation of the CHP-based resource is carried out in a reasonable and fair way.

CHALLENGES TO CHP DEVELOPMENT
According to the report survey, 40 percent of respondents point to high project startup costs as the largest challenge to CHP development, followed by too much uncertainty in the energy market (34 percent) and a need for stronger policy support (30 percent) (Figure 2). These responses may reflect the high degree of site-specific customization that is typical of CHP installations. Additionally, nearly a quarter (23 percent) said that when natural gas prices are low, CHP development seems less attractive.

Selling back into the grid depends on policies permitting it. Improving permitting policies will be a major guidepost in creating a positive regulatory environment for CHP development. Overall, the technologies that underlie CHP opportunities will continue to evolve and progress, and the focus of facility owners to secure efficient and reliable electrical and thermal energy will continue at a relentless pace, ensuring that the future is bright for more CHP development.

But there is significant room for policy innovation to ensure that CHP opportunities are optimized and maximized to capture other benefits. Arranging rules that permit the fair and appropriate selling back to the grid requires additional attention in ways that balance interconnection and support costs with grid resiliency benefits.