The conference, a signature event of the MGM Resorts Foundation, will celebrate its 10th anniversary Aug. 8 and 9 at MGM Grand 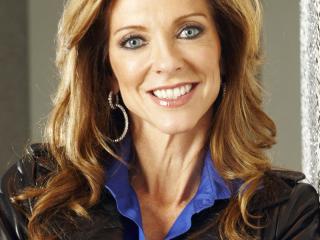 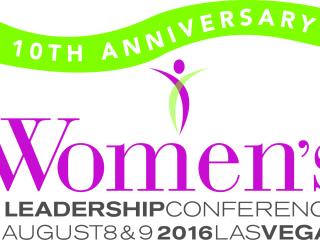 Anderson, who currently serves as the Dallas Cowboys Executive Vice President and Chief Brand Officer, is one of the NFL's most innovative and versatile front office executives. Nearly 30 years of experience and accomplishments with the Dallas Cowboys have enabled Anderson to assume a position of leadership among women in American professional sports and executives as a whole. In addition, she is a popular speaker sought after for her expertise on philanthropic initiatives, brand innovation, customer engagement and her unique perspective in the male-dominated sports world.

“We are thrilled to have Charlotte speaking on the main stage conference given her incredible career filled with remarkably unique experiences,” said Dawn Christensen, director of MGM Resorts International National Diversity Relations and the conference organizer. “From working in a highly competitive environment to forging new paths for women in the NFL, her story will be an incredible inspiration to our attendees.”

In her current role, Anderson oversees the vision and direction of the Cowboys in brand marketing, fan engagement, stadium design, entertainment, licensed apparel, cause marketing, and community relations. Most recently, she contributed to the design of The Star, the new Dallas Cowboys World Headquarters, training facility and event center. In 2009, she played a prominent role in shaping the design, sponsor integration and overall presentation of AT&T Stadium, a state-of-the-art venue that has since hosted some of the highest profile sports events in the world – including Super Bowl XLV, the 2010 NBA All Star Game, the 2014 NCAA Men’s Final Four, the annual Cotton Bowl Classic, the first-ever College Football Championship game in 2015 and most recently WrestleMania 32 which broke the WWE’s all-time attendance record.

Since 2012, Anderson has served as Chairman of the NFL Foundation, a non-profit organization that supports youth football, safety and community engagement. She is the first woman to serve in this capacity for an NFL charitable institution and the first woman to represent club ownership as leader of a major professional sports league foundation.

Anderson is also the President of the Dallas Cowboys Cheerleaders and is responsible for supervising what is considered to be the most prominent organization of its kind in the world. In the late 1990s, the Cowboys Cheerleaders surpassed the legendary Bob Hope in total number of USO visits made to U.S. military installations around the world.

Anderson’s spirit of involvement in philanthropy extends far beyond the realm of professional football. Anderson made history in 1999 when she was selected to serve as Chairman of The Salvation Army’s National Advisory Board. She was the first woman to serve in that role, which she held for four years. She is also a member of the Board of Directors of Hilltop Corporation, and serves as President of the Gene and Jerry Jones Family Foundation and the Gene and Jerry Jones Family Arlington Youth Foundation.

A native of Little Rock, Arkansas, Anderson travels across the country speaking on philanthropic initiatives and brand innovation. She is a graduate of Stanford University and currently resides in Dallas, Texas, with her husband and three children.

Conference background:
The Women’s Leadership Conference is open to women of all ethnicities, professions and social backgrounds, locally and nationally, and the men who support them. The two-day conference will offer a wide range of learning opportunities, career guidance and personal growth tools, including:

The MGM Resorts Foundation, a nonprofit 501(c) (3), is the conference’s presenting sponsor. Each year, proceeds from the conference after costs are donated to one or more local nonprofit agencies devoted to the welfare and development of women and children. Southern Nevada Children First, a nonprofit organization that provides support to homeless and pregnant youth, recently received a $30,000 gift from the 2015 conference proceeds.
The registration fee for participants is $450 and includes the full conference and all workshops and lectures; a networking reception; and meals catered by MGM Grand. Time for networking is also allotted for attendees to build relationships with other conference participants.

For information or to register for the conference, please visit www.mgmresortsfoundation.org/womensleadershipconference.

About MGM Resorts International
MGM Resorts International (NYSE: MGM) is one of the world's leading global hospitality companies, operating a portfolio of destination resort brands including Bellagio, MGM Grand, Mandalay Bay and The Mirage. The Company is in the process of developing MGM National Harbor in Maryland and MGM Springfield in Massachusetts. MGM Resorts controls, and holds a 73 percent economic interest in the operating partnership of MGM Growth Properties LLC (NYSE: MGP), a premier triple-net lease real estate investment trust engaged in the acquisition, ownership and leasing of large-scale destination entertainment and leisure resorts. The Company also owns 51 percent of MGM China Holdings Limited (HK: 2282), which owns the MGM Macau resort and casino and is developing a gaming resort in Cotai, and 50 percent of CityCenter in Las Vegas, which features ARIA Resort & Casino. MGM Resorts is a FORTUNE Magazine World's Most Admired Company. For more information about MGM Resorts International, visit the Company's website at www.mgmresorts.com.

The MGM Resorts Foundation Announces the 2018 Women’s Leadership Conference August 27 and 28, at the MGM Grand in Las Vegas