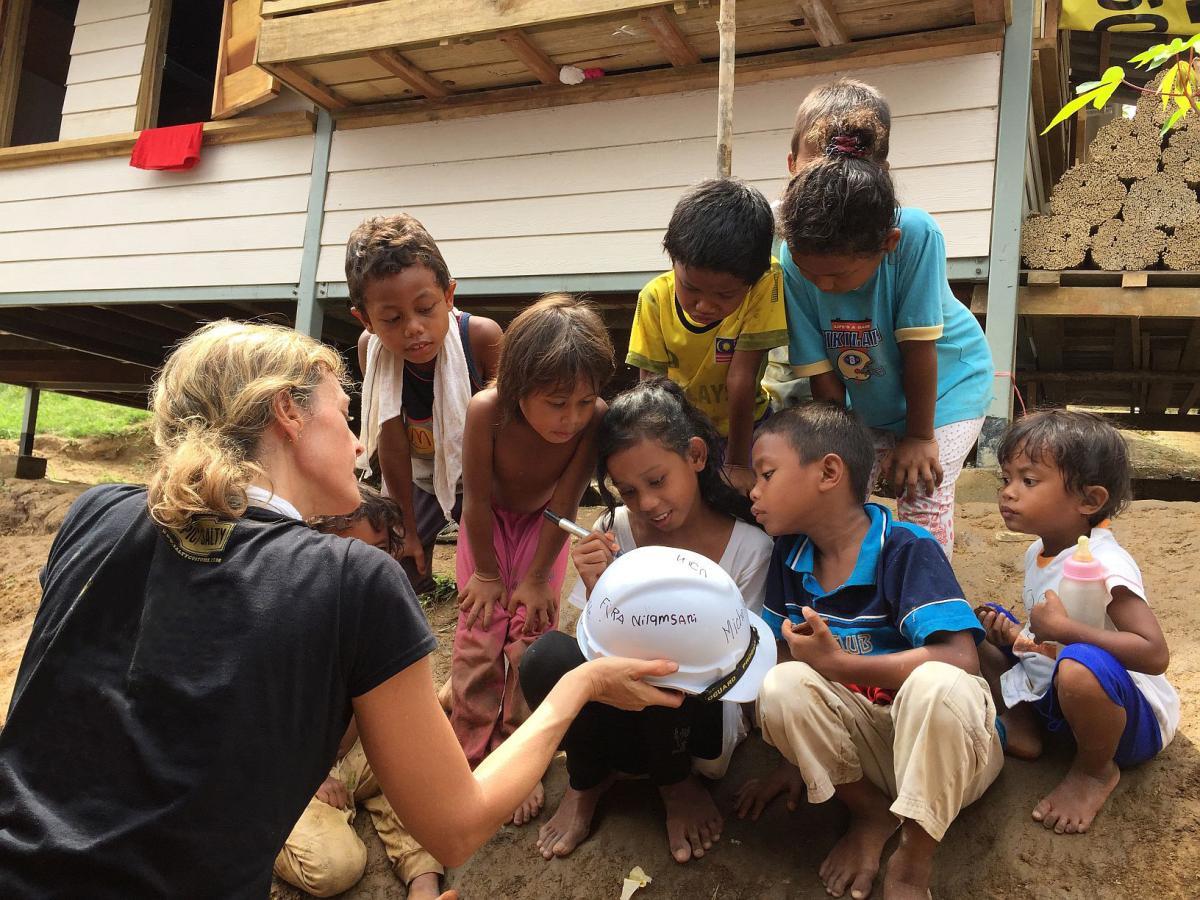 In helping local people, CAREton is also creating a market for recycled products

The CAREton Project was launched in 2012, with the aim of building on Tetra Pak Malaysia’s existing work to promote recycling in partnership with our customer Nestlé. While the initial campaign focused on the environmental benefits, CAREton shows how recycling can help local communities, too.

The project works by teaming up with community organizations and transforming used cartons into new products that directly support their work. In its first year, CAREton provided 10,000 exercise books and 100 pieces of school furniture made from recycled cartons to an educational organization supporting poor children in Malaysia’s cities. In 2013, it delivered 460 sections of recycled polyAl roofing material, enough for 10 new houses, to EPIC Homes, a social enterprise that provides rural housing for indigenous Orang Asli people. A further 20 new homes were completed in 2014.

An opportunity to help
In 2015, the focus shifted to the east of the country, which had been badly affected by floods. The campaign set a target of collecting 8.5m cartons and recycling them into 1,150 roofing tiles, enough for 25 new homes. “The east coast floods were devastating, displacing over 100,000 people,” says Terrynz Tan, Environment Director for Tetra Pak Malaysia, Singapore, Philippines and Indonesia. “While many evacuees have since returned, they remained homeless. We saw an opportunity to help them.” Each roofing tile, measuring around 2.7m by 1.2m, requires 7,247 recycled drink packs to make. The drink packs are recycled by KPT Recycle, Malaysia’s largest carton recycling facility and one of our recycling partners. In fact, the campaign exceeded its target, and gathered enough material to build 50 new homes in the Kelantan region.
At the same time, CAREton has continued to expand its collection network. New partner Hilton Petaling Jaya hotel boosts the network to more than  0 commercial partners and over 470 collection points nationwide.

Positive impact
Tetra Pak Malaysia first introduced carton recycling in 2005. At the time, recycling rates were negligible: the latest figures show a rate of 28.4%. “Our achievements to date must be attributed to our recycling partners, KPT Recycle; our collection partners who make it easy for consumers to drop off their used cartons; and of course consumers themselves who collect, rinse and drop off their used cartons,” says Environment Director Terrynz Tan. “We are committed to keeping the momentum up. We can still do better!”

How the Private Sector Can Help Mitigate Climate Change

Can I Recycle That? Most Americans Look to Packaging First To Determine Recyclability