Buffalo and Bears and Batteries – Oh My! 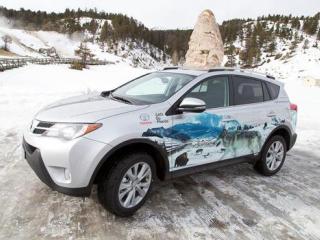 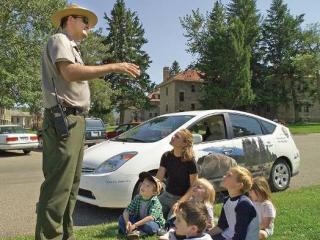 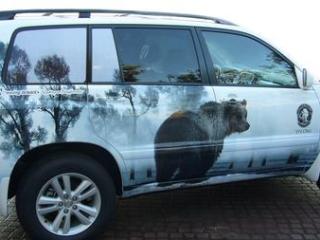 Solar panels and onsite micro-hydro turbine systems will generate the renewable electricity stored within the battery packs, creating a sustainable, off-the-grid power source for one of the most remote and pristine places in the U.S.  Scheduled for installation this fall, the state-of-the-art system will create no emissions in generation, storage or distribution of power for the campus.

The Lamar Buffalo Ranch project is just the latest example of Toyota hybrid batteries making an encore.  Toyota Motor Manufacturing, Alabama is testing a similar project to help power their operations and provide back-up power during emergencies.  Toyota dealers in Japan have been tapping into used hybrid battery packs for stationary power storage since 2013.

In addition to the batteries and engineering know-how, Toyota recently donated a RAV4 and $50,000 to the Yellowstone Park Foundation (www.ypf.org), the fundraising arm of Yellowstone National Park, to support Lamar Buffalo Ranch sustainability projects.  While not the most famous part of the park, the Lamar Buffalo Ranch is one of the oldest and most historic areas in Yellowstone. The Ranch houses facilities for education and research.

More details on the system will be revealed when Toyota flips the switch this fall.  In the meantime, to learn more about Yellowstone National Park sustainability initiatives please visit http://www.nps.gov/yell/parkmgmt/sustainability-contents.htm.

Toyota | Driving to Make a Difference