This social enterprise trains young Africans to become software coders — and then connects them with businesses around the world. 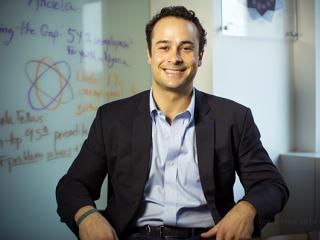 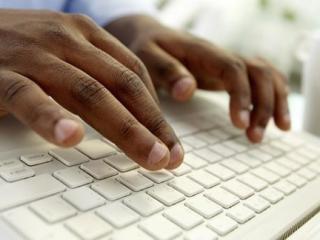 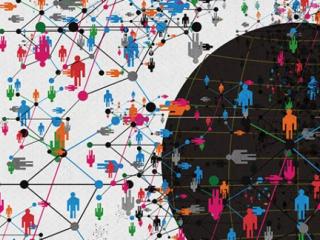 Tech entrepreneur Jeremy Johnson may have cracked a code for economic development in Africa. Perhaps a better way to say it is that his organization is actually writing new code for it.

Johnson is co-founder and CEO of Andela, a New York City-based social enterprise that provides free training for young Africans to become software developers. “Africa has the world’s youngest, fastest-growing population,” Johnson says. “It is also home to seven of the 10 fastest-growing economies in the world. Meanwhile, large numbers of young people are unemployed or underemployed across the continent. Given these trends, Africa is perhaps the world’s largest source of untapped human potential.”

The inspiration for Andela came during a trip to Kenya, where Johnson had been invited to speak on the future of education. “I met with entrepreneurs, business leaders and government officials, and saw the opportunity to leverage best-in-class educational technology to prepare young people with the skills they need to succeed in a 21st-century economy,” he recalls.

Johnson also knew from experience that U.S. companies are having a hard time finding good software developers. In 2008, Johnson co-founded 2U, a technology firm that provides cloud-based services to help nonprofit colleges and universities offer online degree programs. (2U is now publicly traded.)

Not surprisingly, given the success of 2U, Andela attracted a remarkable group of early-stage investors, including Rothenberg Ventures, eBay founder Pierre Omidyar’s Omidyar Network and NBA star Carmelo Anthony’s Melo7 Tech Partners. “Andela’s value proposition is that we are, dollar for dollar, the best investment in scaling a company’s engineering team,” Johnson says.

Andela evaluates applicants for its program using a combination of aptitude tests, interviews and a free, two-week boot camp that teaches participants coding fundamentals. It then selects a small number of candidates to become Andela Fellows. Once they’ve had at least four months of intensive training as software developers, Andela connects them with companies around the world that use remote developers.

With a .6 percent acceptance rate, “Andela is the most selective tech-training program on the continent,” Johnson says, adding that, as of mid-April 2015, it had trained almost 60 developers. “We’re growing that by eight to 10 per month. Our graduates are now working with international companies that range from pre-launch startups to publicly traded enterprises.”

All of Andela’s classes are conducted at its campus in Lagos, Nigeria, and students are taught by trainers and mentors with experience at such companies as Google and Pivotal Labs. “Right now, we’re training junior developers and others at different levels,” Johnson says. “Whatever a company’s needs, if they’re expanding their engineering team and looking for additional capacity, including senior-level developers, we’ll be able to help.”

Andela plans to expand its program into more countries, with hopes of training “100,000 world-class software developers in Africa over the next 10 years,” according to Johnson. “Every time a company hires an Andela developer, it pays for the training of another developer.”

In a very real sense, Andela’s clients are also partners in its work. “One thing that unites them,” Johnson says, “is a desire to invest wisely in cost-effective but brilliant engineering talent, while also making an impact on the world.”

Health and Safety at FedEx

FedEx Is Creating Pathways for Diverse Communities To Succeed

FedEx Is Creating Opportunities With HBCUs

As the Conflict in Ukraine Continues, We Keep Helping Those Who Need It