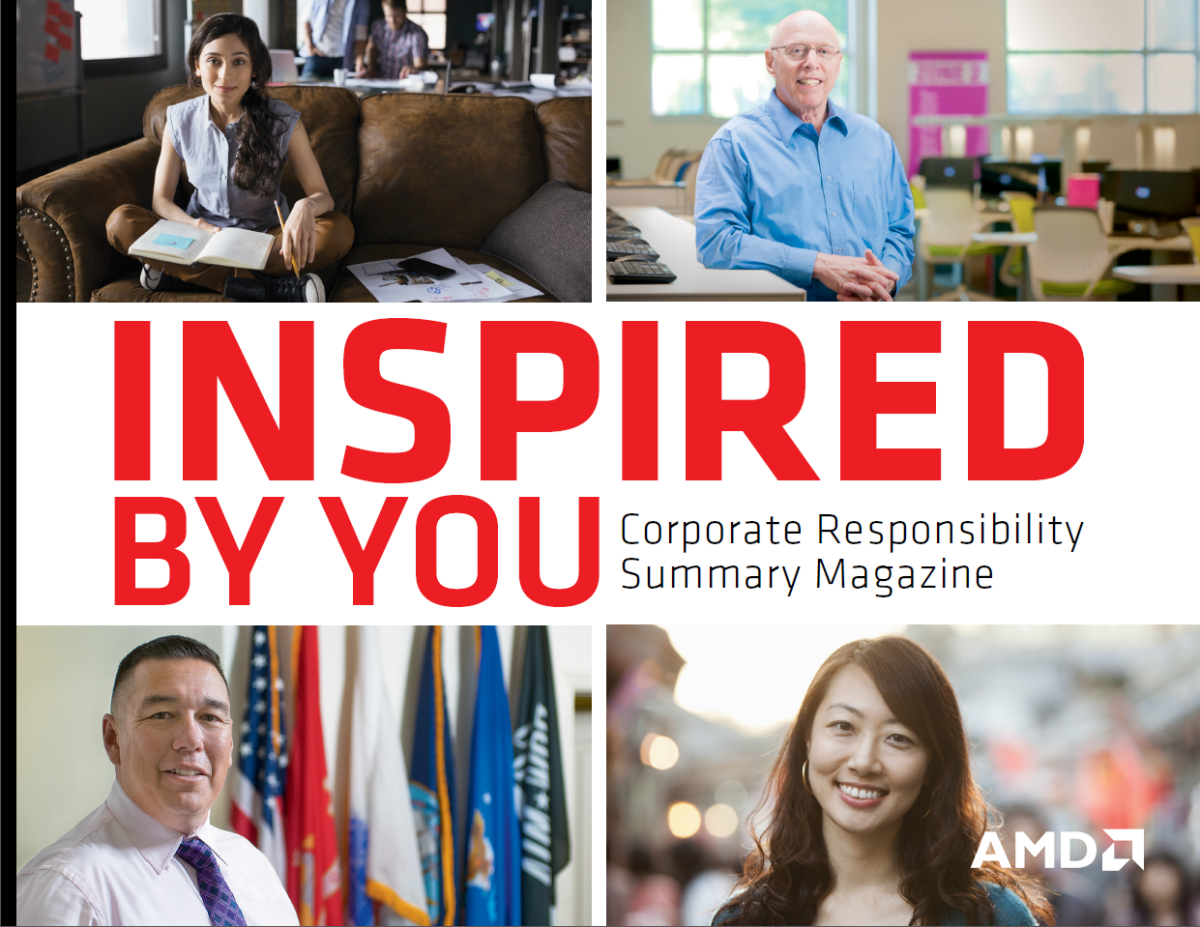 AMD (NASDAQ: AMD) today released its 21st corporate responsibility (CR) report and summary magazine, detailing the company’s progress towards its social and environmental goals, as well as outlining the CR impacts and opportunities in its supply chain and associated with the use of its products.

“This year’s corporate responsibility report highlights several examples of how AMD technologies are improving the world around us,” said AMD President and CEO Dr. Lisa Su. “From using virtual reality to power new medical breakthroughs and create more engaging educational environments to providing the computational horsepower to more accurately map the universe, AMD is helping lead the way on so many different fronts.”

About AMD
For more than 45 years, AMD has driven innovation in high-performance computing, graphics, and visualization technologies ― the building blocks for gaming, immersive platforms, and the datacenter. Hundreds of millions of consumers, leading Fortune 500 businesses, and cutting-edge scientific research facilities around the world rely on AMD technology daily to improve how they live, work, and play. AMD employees around the world are focused on building great products that push the boundaries of what is possible. For more information about how AMD is enabling today and inspiring tomorrow, visit the AMD (NASDAQ: AMD) website, blog, Facebook and Twitter pages.

Aurora Organic Dairy Demonstrates Progress Towards Its Animals, People and Planet Goals in Its 2022 Sustainability Report

ReNew Commits to Net Zero by 2040 and Bolsters ESG Targets