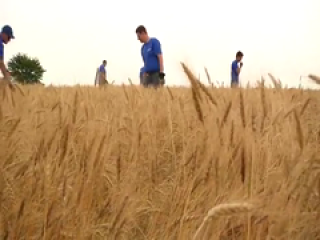 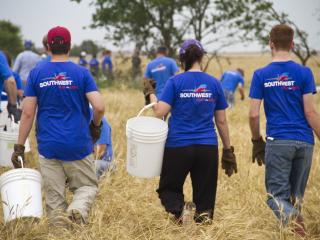 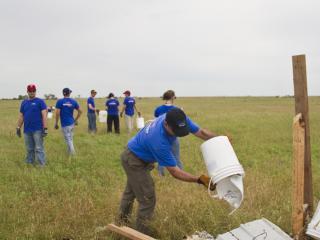 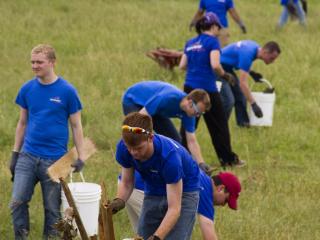 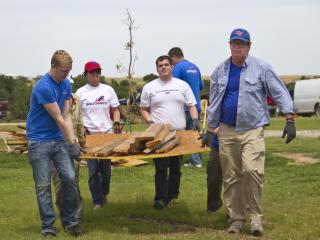 Following the aftermath of the recent devastating tornados in Oklahoma, more than 140 Southwest Airlines Employees joined All Hands Volunteers on Saturday, June 8, to help clear and sort debris scattered in El Reno. Volunteers spent the day removing debris, furniture, and other memorabilia from 200 acres of wheat fields in order to prevent the farmers from losing their harvest.  To view and download photos and video including interviews from Employees and the homeowners helped, visit www.swamedia.com.

About All Hands Volunteers:

All Hands Volunteers (AHV) is a US-based, 501(c)3 non-profit organization with a Charity Navigator 4-star rating. AHV provides direct relief and resources to survivors of natural disasters around the world, with maximum impact and minimum bureaucracy. By supporting volunteers with housing, meals, tools, and organized work, AHV is able to provide free and effective response services to communities in need. AHV’s programs are directed by the needs of each community, ensuring a timely, relevant, and culturally sensitive response. For more information, including a list of past and present projects, visit hands.org.

In its 42nd year of service, Dallas-based Southwest Airlines (NYSE: LUV) continues to differentiate itself from other carriers with exemplary Customer Service delivered by nearly 46,000 Employees to more than 100 million Customers annually.  Southwest is the nation’s largest carrier in terms of originating domestic passengers boarded, and including wholly-owned subsidiary, AirTran Airways, operates the largest fleet of Boeing aircraft in the world to serve 97 destinations in 41 states, the District of Columbia, the Commonwealth of Puerto Rico, and six near-international countries. Southwest is one of the most honored airlines in the world, known for its triple bottom line approach that takes into account the carrier’s performance and productivity, the importance of its People and the communities it serves, and its commitment to efficiency and the planet.  The 2012 Southwest Airlines One Report™ can be found at southwest.com/citizenship.