DEWAR’S® Blended Scotch whisky was sustainable before sustainability was cool 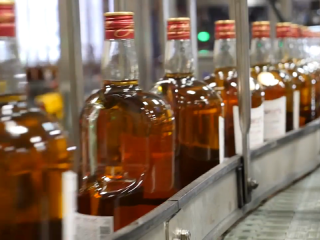 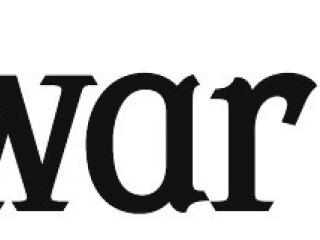 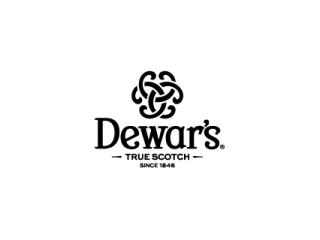 Hamilton, Bermuda, June 23, 2015 /3BL Media/ – A stunning Scottish landscape, hard work and steady environmental innovation encompass the sustainable success of John Dewar & Sons Ltd., one of the most respected names in the world of Scotch whisky and part of the Bacardi group of companies. Premium DEWAR’S® Blended Scotch whisky – affectionately known as True Scotch – was sustainable before sustainability was considered cool.

“Our distilleries were set in areas of tremendous natural beauty and environmentally sensitive areas before the word sustainable was being used,” says Stephanie Macleod, DEWAR’S Master Blender, referring to the establishment of DEWAR’S in 1846.

“Whether we are using barley or water in the making of our whiskies, the natural environment is crucial to us,” says Iain Lochhead, Operations Director for John Dewar & Sons Ltd. “Our goal is to leave our surroundings in same condition we find them.”

John Dewar & Sons is an industry leader, advancing more than half-a-century’s worth of spirited, sustainability practices. Across its distillation and production facilities there are: robust recycling efforts, state-of-the-art blending centers, sophisticated water filtration, fuel-efficient transportation and landscaping that enhance the natural habitat.

DEWAR’S® WHITE LABEL® bottles now are lighter weight – by 25 grams per bottle – and easier to ship. A new biomass boiler at the Aberfeldy Distillery delivers a phenomenal 90 percent reduction in the brand’s carbon footprint at that site. That brings the total drop in greenhouse gas emissions at all five John Dewar & Sons distilleries in Scotland from 20 to 34 percent in just the past eight years. And, whisky by-products from the John Dewar & Sons distilleries generate energy for local residents and provide feed for livestock through an industry consortium facility that produces energy called Combination of Rothes Distillers (CoRDe). These achievements bring credibility and recognition to the world’s most awarded blended Scotch whisky.

“We are still one of a very few companies in the distilling industry accredited by the Carbon Trust Standard,” adds Lochhead. “We are not just patting ourselves on the back; rather we are proud to have approval from a widely respected external body.” The Carbon Trust Standard rating reflects the move to a sustainable, low carbon economy and recognizes companies for efficient energy use, greenhouse gas emissions, water and waste management.

“Scotland is a small country of just five million people – and Scotch whisky is at the heart of our economy,” explains David Williamson, Public Affairs & Communications Director for the Scotch Whisky Association (SWA). “The industry supports 35,000 jobs. We want to take this industry forward, invest and grow – while ensuring we protect that natural, pristine environment to support Scotch whisky for many years to come.”

As part of the Bacardi group of companies, John Dewar & Sons honors the spirit of sustainability with these benchmarks at its five malt distilleries:

Since 2006, when Bacardi began tracking its global impact on the environment, it has reduced nonrenewable energy use by nearly 28 percent and decreased its greenhouse gas emissions from production by more than 28 percent. Building on current programs and efficiencies that reduce its environmental impacts, the Bacardi Limited “Good Spirited” sustainability program sets specific goals in three areas to help reach its vision of a net zero impact:

To learn more about Bacardi Limited and its “Good Spirited: Building a Sustainable Future” environmental initiative for sourcing, packaging and operational efficiencies across the entire Bacardi family of premium spirits and wine brands, visit http://www.bacardilimited.com/good-spirited.

ENJOY RESPONSIBLY. © 2015 BACARDI
BACARDI, THE BAT DEVICE AND OTHER MARKS APPEARING ON THE BACARDI GROUP PRODUCTS SHOWN AND/OR QUOTED IN THIS VIDEO NEWS RELEASE ARE TRADEMARKS OF BACARDI & COMPANY LIMITED OR OF OTHER SUBSIDIARIES OF BACARDI LIMITED.