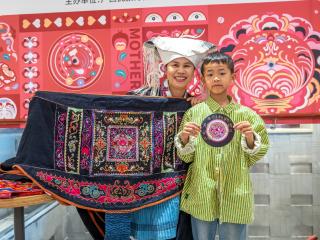 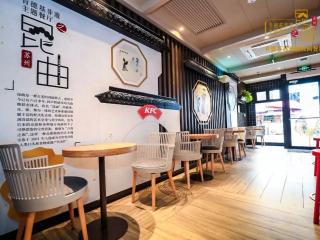 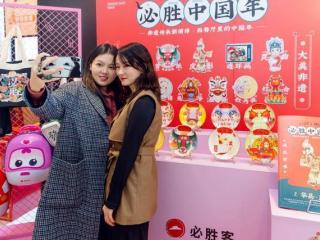 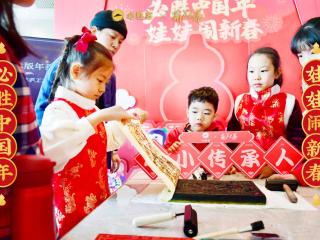 With a population of 1.4 billion people, comprising 56 different ethnic groups, China is an ethnically diverse country that enjoys a wealth of cultures. Leveraging its own influence to promote local culture to consumers is an integral part of Yum China’s way of working. Throughout Yum China’s thirty-five years of operations in China, it has always been committed to promoting the local culture and heritage of the regions in which it operates.

Yum China is the largest restaurant company in the county. By the end of June 2022, Yum China’s network covered all provinces, cities, and autonomous regions in China, operating more than 12,000 restaurants in more than 1,700 cities. By leveraging its scale and resources, Yum China has explored an innovative way to integrate traditional culture into modern life.

Originating in the West, the KFC and Pizza Hut brands are now deeply rooted in China, including building theme restaurants and creating an inspiring experience where local culture and heritage are brought to life.

Guangxi Zhuang Autonomous Region is located in the southwest of China. There are twelve long-dwelling ethnic groups living in this area, creating a rich and colorful ethnic culture. One of the most prominent ethnic cultures in the region is the Zhuang culture.

KFC opened its first Zhuang culture-themed restaurant in Nanning city, the capital city of Guangxi Zhuang Autonomous Region, in 2017. The restaurant was designed with elements of Zhuang culture, such as traditional paintings, handicrafts, and a very special musical instrument named the bronze drum. The restaurant has held numerous cultural activities since its establishment.

This summer, the restaurant held a special event called “Mother’s Love and Baby Sling.” During the event, Mrs. Huang, an expert maker of traditional Zhuang slings for babies, brought one to teach customers how to use it. “The sling is a traditional carrier for babies in the Zhuang culture. It makes the baby feel safe and comfortable while on the mother’s back. The patterns on the sling are usually sewn in by the mother and symbolize her good wishes for the child. When children grow up, the baby sling is gifted to them and represents cultural inheritance,” Mrs. Huang explained.

The sling introduced by Mrs. Huang was embroidered with various pattern designs, including a pomegranate flower pattern, a butterfly pattern and others. The sling represents wishes for peace, health, and well-being.

“We hope to leverage KFC’s influence on young consumers to make traditional culture more popular,” the restaurant manager said. “We introduced Zhuang culture into our restaurant through community activities, such as lectures on ‘Bronze drum culture’ and ‘Rock Art Cultural Landscape,’ folk music shows, and Zhuang opera events,” she continued, adding that, “Today, this restaurant has also become a new Instagram-worthy Location in Nanning.”

Kunqu Opera is one of the oldest extant forms of Chinese opera. It evolved from the local melody of Suzhou and later came to dominate Chinese theater from the 16th to the 18th centuries. Kunqu has been listed as one of the Masterpieces of the Oral and Intangible Heritage of Humanity by UNESCO since 2001. In December 2019, KFC cooperated with the China Kunqu Museum to open the first KFC Kunqu themed restaurant in Suzhou, located nearby the city’s most famous tourist attractions, including the Humble Administrator's Garden.

Walking into the restaurant, you will be impressed by the unique Kunqu atmosphere. Original drama paintings collected by the China Kunqu Museum are shown on the wall, interactive images change alongside the stairs, and the second floor is decorated with many delicate and beautiful Kunqu masks. In addition, KFC also signed a strategic cooperation agreement with the Suzhou Intangible Cultural Heritage Protection and Management Office to showcase the Kunqu cultural heritage through culture-themed activities.

In addition, Pizza Hut launched the 'Little Heirs' family public welfare project, which invites representatives of the younger generation of ethnic minority groups to perform. Children interested in these cultures and their families are also welcomed to join. Pizza Hut aims to help these 'Little Heirs' to learn the stories behind intangible cultural heritage, enhancing their understanding of Chinese traditional culture.

Pizza Hut Grow Local Initiative - From Urban to Rural, From Farm to Table

15 years of One Yuan Donation: Promoting a Culture of Giving in China