Her time in Africa reframed HR director Steffi Reading’s life. Her next project: recruiting and upskilling talent to drive the energy transition. 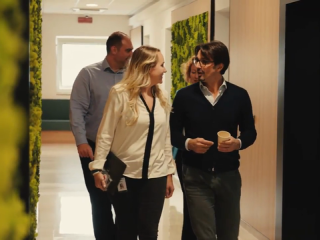 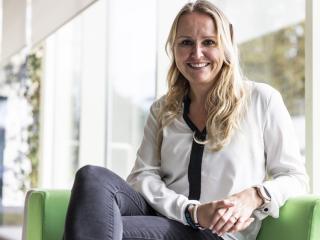 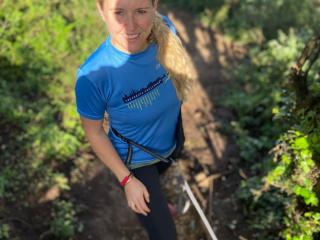 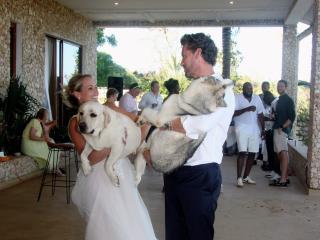 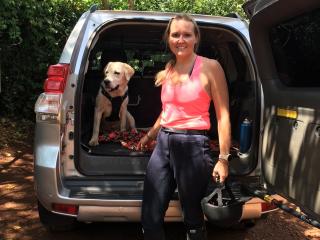 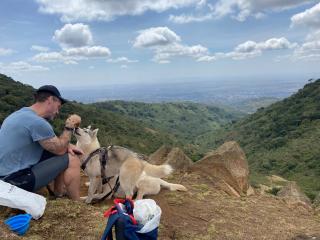 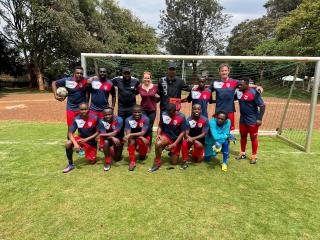 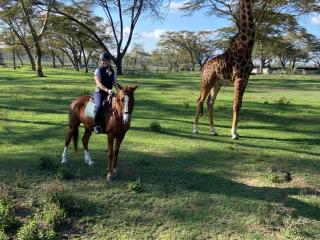 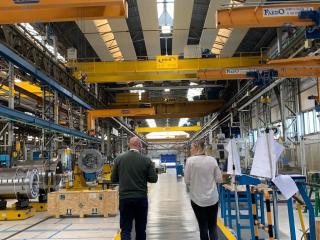 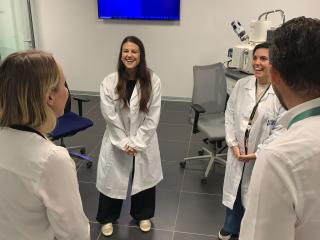 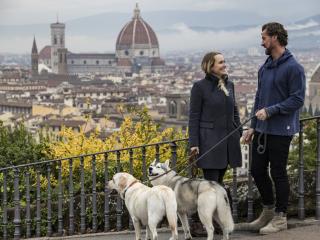 Two-and-a-half years ago, Stefanie (Steffi) Reading, arrived in Nairobi, Kenya from Celle, Germany as “a career-driven, single lady with three pieces of luggage” — her own description. Her role as Baker Hughes’ Human Resources (HR) Director for Oilfield Services in the Sub- Saharan African (SSA) region would span the most intense years of the COVID19 pandemic, reorganizations and business transformations, a Kenyan election, and an entire book worth of challenges. In October this year, she relocated to Florence in Italy, accompanied on her journey this time by “a 20-foot container, a husband and two dogs”, she laughs.

Her African experience has been transformative “in all regards”, says Steffi, who is now embracing new goals for advancing the energy transition, as Global Human Resources Director Technology & Engineering, and Enabling Functions for the new Industrial and Energy Technology segment of Baker Hughes.

She hopes the story of her Africa tenure will inspire female talent to “take a risk and take on challenging assignments.”

When we spoke in September, she had already started her new role remotely from her home in Nairobi. Still based in Africa until her husband Steve (who she met during the pandemic in Nairobi) finishes his work at the British High Commission, she is looking forward to a weekend barbecue at the house of Baker Hughes’ regional security director Richard Todd. “It’s a real family environment, and I’m definitely going to miss the team here,” she says.

Due to high profile incidents of terrorism and domestic unrest, security is a priority in Nairobi. During the Kenyan election in early August, which was narrowly won by William Ruto of the country’s United Democratic Alliance, Steffi had to move house because her home was in the “red zone” for potential unrest.

“When the country last had elections in 2007 and 2017, thousands of people were killed,” she says; “This year, one of our product line directors offered me their guest room for two weeks, where I stayed and worked with my two dogs. Their house is in the green zone where unrest was unlikely.” Ultimately, everything was peaceful, and the dogs enjoyed their time at a house with a bigger garden.

Stressbusters for a complexity of challenges

Shortly after arriving in Kenya in January 2020, the government shut down the airport for six months and implemented a curfew from 7 PM to 5 AM. In addition, terror threats towards various hotels in Nairobi were part of her welcome package in addition to COVID. “The first few months were difficult for me personally” she says.

New in country, no family or friends close by, and building trust with a team that you have never met in person during the biggest economic crisis for years. “I remember sitting in the safe room during a power outage wondering what I was doing here”. The regional team and her extended HR team really helped her navigate through those times. “I learnt very fast that it is okay to ask for help and to show vulnerability, something I was not used to. Kenya changed my life and I learned to appreciate things like clean drinking water, electricity and personal safety.’’

Having been through a tough start, she started to travel and worked from the Kenyan coast, renting a shared house with six other people “who all had similar jobs to me”. One of her housemates was a kite-surfing instructor, so in her spare time Steffi added kite surfing to her long list of regular sporting activities, which includes kickboxing, running, tennis and horse riding.

She takes time each day, most mornings, to counter stress with exercise and set an energetic tone for whatever comes next. In Africa she learned to half-plan each day, leaving the other half of her daily diary flexible — to respond to the unexpected.

Taking energy forward, for people and the planet

Operations in SSA are among the most complex on the planet. With more than 15 countries actively producing hydrocarbons and many more pursuing aspirations of domestic energy supply, the SSA region is dynamic and exciting. So, she says ‘’It is really motivating to work in our industry, and work on how we can help bring affordable, reliable, sustainable and modern energy to all.’’ With different employment laws in every country, it was an incredibly hard place to “figure out” with new challenges and situations seemingly arriving daily. Between the size of the continent, the unfolding pandemic and the limited infrastructure throughout the region, it was extremely challenging to implement face-to-face interactions. Steffi made heavy use of video technology and learned to live her life “on camera” to connect with employees in operations across the region.

From a cultural perspective, she explains that Kenya alone is made up of 40+ tribes, and other countries are similarly diverse. “When you operate here, it matters that you understand what tribe your customer is from, and what tribe your salesperson is from, and how to navigate these dynamics.” Business may be conducted in French, Portuguese, Italian, English, and even local dialects.

Even as a HR professional, Steffi had to devote time and energy to Health, Safety, and Environment (HSE) as many companies do not operate with the same standards as Baker Hughes. At the end of the day, getting everyone home safely is everyone’s number one priority but this can be more challenging in Africa than in other parts of the world.

When the Vice President of HR for Oilfield Services and Equipment at Baker Hughes, Muzzamil Khider Ahmed, first mooted a career opportunity for Steffi in SSA, they were at a business dinner at a rooftop restaurant in Manhattan. Steffi’s initial response was, “I absolutely don’t think so. I’m in my mid-thirties, and I’m not going by myself to Africa.” When mentors and colleagues who had also worked in the region told her it would be one of the best experiences of her life, her love of managing adversity kicked in and she raced headlong into her new challenge.

Once on the ground in Africa, she developed an immediate rapport and respect for her colleagues in the region. “Often when I caught up with our local teams in the mornings, someone was sitting in their cars, charging their phones, because they’d had no electricity overnight; and then they’d go out to the rig site and make things work for the customer.”

Our employees in Africa - but also in other regions with similar challenges - have to work much harder for the same or similar outcome compared to Europe or the US. We should not take things for granted in the Western World. “Our talent pool in SSA is huge and with no doubt I will continue to promote and advocate for our talents in the region.”

As part of her move to Florence, she most looks forward to meeting in person again, visiting and listening to employees on site, walking the factory floor, talking to people in the canteen, and enjoying other serendipitous encounters that have been next to impossible for so long.

From personal transformation to energy transition

In Italy, she has already been impressed by the strengths and robust capabilities of the local employees. To help prepare for the future, she strongly focusses on ‘’working with the teams to expand our competences and diversity of thoughts, strengthen our innovation culture, and become more agile in front of the rapid changes of technology and business to accelerate the energy transition for the company and its customers’’.

She started her own Baker Hughes journey in 2008 as an HR intern with GE Power & Water, which then encompassed renewable energy technologies such as wind power. Initially attracted to the energy industry for the challenges it posed — operating in inhospitable offshore and desert environments, in regions with unstable politics and difficult conditions — Steffi says it remains one of the most rewarding sectors to work in. The motivation to contribute has only increased.

“The industry is dramatically changing and will continue to do so over the next 10-15 years,” she says. She tells external talent, “You want to join the energy industry because you can make a significant change to how we operate and therefore to the environment.”

She says, “Attracting and retaining new technology talent while upskilling the existing organization, as we execute on our core business, is HR’s key role in the energy transition.”

The rewards of an adventurous life

Steffi is confident that her Africa team connections will remain strong, having been forged in the most demanding and mutually supportive times. In addition, this self-described structure-loving, process-driven German hopes to hang on to one of the most important lessons from the Sub-Sahara region: “Africa helped me to chill a little bit. It wasn’t always possible to get things done the same day, because people didn’t have electricity, or might not be able to get to work. It doesn’t mean we didn’t deliver, but I learned to slow down, to ask, and to listen more.”

Soon she’ll be asking in Italian. She already speaks English, French and German, but in Italian she can “only order food and wine” — a reasonable place to start. And she looks forward to pursuing her high-energy life from the new home in Florence that she and Steve and their furry entourage are making their own.

“I was not very keen when Muzzamil first approached me about Africa, but then it happened to be the best thing in my life,” says Steffi. “I hope my story can help employees think differently when they may be thinking, ‘Nah, I’m not going to do that.’” 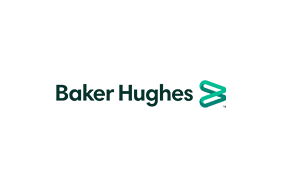