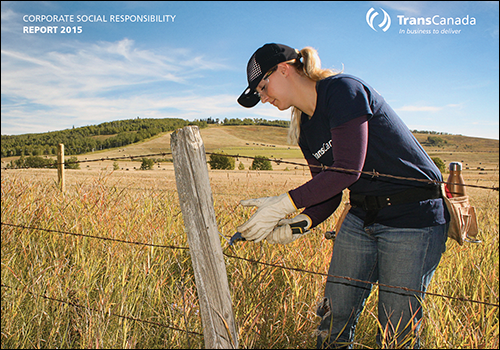 TransCanada officially released its 2015 Corporate Social Responsibility (CSR) Report, which highlights the company’s commitment to operating safely and in an economically, socially and environmentally sustainable manner.

"For more than 65 years, TransCanada has delivered energy safely and reliably to meet North American demand, so we know from experience that how well we do as a company is inextricably linked to the sustainability of our business practices," says Russ Girling, TransCanada's president and chief executive officer.

TransCanada performance areas, highlighted in the 2015 CSR Report, include:

Read the full CSR Report at CSRReport.TransCanada.com and send any comments to csr@transcanada.com.

Aurora Organic Dairy Demonstrates Progress Towards Its Animals, People and Planet Goals in Its 2022 Sustainability Report