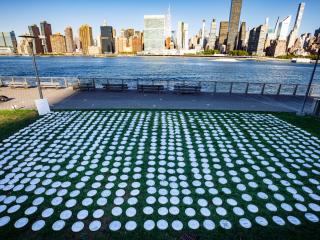 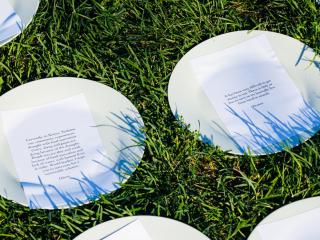 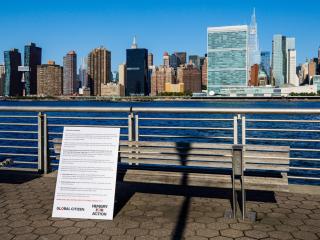 WHAT: Today, international advocacy organization Global Citizen has laid out 1000 empty plates opposite the United Nations headquarters in New York to draw urgent attention to the global food crisis, and call on world leaders to deliver the $33 billion needed to mitigate the emergency. 50 million people are on the brink of starvation in 45 countries, and over 800 million people are facing extreme hunger globally.

The stunt calls on world leaders gathering during the UN General Assembly and for President Biden’s Global Food Security Summit to deliver on the billions needed to solve the hunger crisis. Simultaneously, plates were delivered to the missions of the G20 countries in New York City by the Hungry For Action campaigners to urge leaders of the world’s wealthiest nations to mobilize funds over the coming weeks and save millions of lives.

ADDITIONAL DETAILS:
50 million people are on the brink of starvation in 45 countries and over 828 million people are facing extreme hunger globally. This crisis has worsened over the past two years, as the impacts of the pandemic and the conflict in Ukraine have combined with financial and climate-driven shocks, and the world’s most marginalized populations are paying the price of the stagnant inaction of world leaders.

“As world leaders gather for President Biden’s Global Food Security Summit and at the United Nations General Assembly, we hope they will have the courage to address, with unprecedented action, the severity and urgency of the global food crisis. They must mobilize immediate and drastic action to intercept this worsening yet entirely preventable disaster by delivering the $33 billion needed to solve the hunger crisis NOW, because millions of lives are at stake.” – Michael Sheldrick, Co-Founder and Chief Policy, Impact and Government Affairs Officer of Global Citizen

“We live in a world where we know how to prevent extreme hunger, yet hundreds of thousands of people still die from a lack of food. Today, allowing hunger around the world is a political choice. For millions of children in Somalia and the Horn of Africa, time is running out. We’ve already seen the deadly consequences this drought is having on children. We cannot wait any longer to act. In some of the worst affected areas in Somalia, our health clinics are seeing four times as many children suffering from severe malnutrition compared to just six months ago and death rates are soaring.” – Save the Children's Country Director for Somalia, Mohamud Mohamed Hassan

This activation takes place ahead of the 2022 Global Citizen Festival happening on September 24 in New York’s Central Park and Black Star Square in Accra, Ghana. During the festival, millions of global citizens will collectively call on world leaders gathering at the United Nations General Assembly and in advance of the G20 and COP27 in November to step up and invest $600 million into the future of women and girls, close the annual $10 billion climate financing shortfall, deliver $500 million to help African farmers respond to the global food crisis, and provide urgent relief from crushing debts to End Extreme Poverty NOW.

Tickets to the festivals are free and can be earned by downloading the Global Citizen app or visiting www.globalcitizen.org to take action on the campaign’s issues. Users can sign an open letter urging world leaders to address the global food crisis to earn points that can be redeemed for tickets to the festivals.

About Global Citizen:
Global Citizen is the world's largest movement of action takers and impact makers dedicated to ending extreme poverty NOW. We post, tweet, message, vote, sign, and call to inspire those who can make things happen — government leaders, businesses, philanthropists, artists, and citizens — together improving lives. By downloading our app, Global Citizens learn about the systemic causes of extreme poverty, take action on those issues, and earn rewards, which can be redeemed for tickets to concerts, events, and experiences all over the world. For more information, visit www.globalcitizen.org and follow @GlblCtzn.

“The food crisis is a global problem from Asmara, Liverpool, Tegucigalpa and Aden to Austin, Juba, Islamabad and Mogadishu. 828 million people are unsure where their next meal is coming from. And a glaring truth must be told: the global food crisis is a political choice, and G20 governments are allowing this to persist. We demand that this changes and that the global food crisis is ended. Government leaders must immediately step up and deliver the $33 billion required to meet urgent humanitarian needs, and to prevent 50 million people starving. We call on these same leaders to prioritize investment in agriculture and nutrition to make this devastating food crisis the last.” – Paul Newham, Campaign Director, Hungry for Action

“No child should go to bed hungry, be unable to afford to go to school or struggle to access clean water. Rising prices due to the war in Ukraine, climate change and the economic impact of COVID-19 have combined to create a hunger crisis on an unprecedented scale, putting the lives of millions of children at risk. With rains forecast to fail once again, time is running out for these children. The world must act now to prevent catastrophe.” – Yvonne Arunga, Save the Children Country Director in Kenya

“We’re seeing horrific levels of malnutrition with 5.7 million children currently acutely malnourished. With the UN warning that more than 350,000 could die in Somalia if we do not act, the clock is ticking. Every minute that passes is a minute too close to starvation and possible death of children. How can we live with that if we let it happen again?” – Save the Children’s Regional Spokesperson for East and Southern Africa, Shako Kijala