A Proxy For The Next Generation

ESG issues and fiduciary duties are not mutually exclusive. 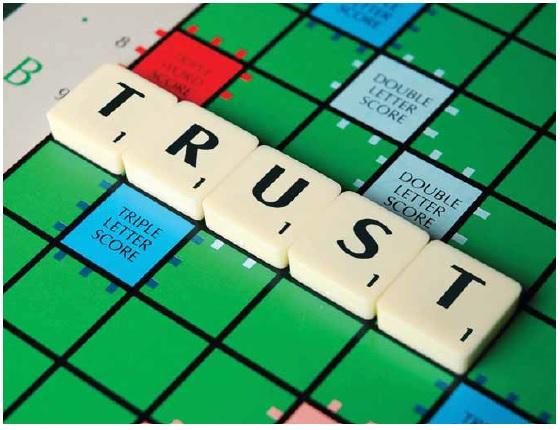 The report recommends that “the Financial Services Board should clarify that compliance with the requirements of Regulation 28, in particular those relating to ESG issues, should be seen as an integral part of the fiduciary duties imposed by the Pension Funds Act”. In your view, does current South African law on fiduciary duty support or prohibit investors integrating ESG issues into their investment processes? Furthermore, would the report’s recommendation, if implemented, develop South African law such that fiduciaries other than pension fund trustees would need to consider integrating ESG issues into their investment processes?

Michael: The “new” South African Companies Act, which became effective in 2011, has indirectly dealt with the matter. Section 7 of the Act states that one of the objectives of the Act is to promote compliance with the Bill of Rights.

The Act still requires directors to act in the best interests of the company, but this section implies that, in making decisions in the best interests of the company, directors should consider the rights of others. Therefore the legitimate needs of the community, the environment and other stakeholders cannot be ignored in board decision-making. The application of the section has not yet been tested in court, but some are of the view that this section creates a strong “hook” to keep directors accountable for the impact of their decisions beyond the company. In South Africa, we also have an extended suite of legislation that deals with environmental protection and community responsibility – for example, our mining companies’ legal duty to execute a pre-approved social and labour plan, labour practices, broad-based black economic empowerment etc. It is obviously part of a director’s fiduciary duty to ensure that the company complies with legislation.

We also have a corporate governance code, currently King III. The King Code strongly addresses the board’s duties insofar as matters such as the environment, the community and its broader stakeholders are concerned. While there is no requirement in law that directors should comply with the King Code, it should be borne in mind that as a result of at least 14 decisions of the High Court of South Africa, the King Code is now part of South Africa’s common law and as a result thereof falls to be followed in the same way as one is required to comply with a statute.

However, our stock exchange rules require listed companies to apply the King III principles or explain why and to which extent they did not comply with every one of the individual principles. We have also seen numerous instances where our courts use the King Code to measure directors’ action and decisionmaking. So it has become a yardstick for “the reasonable director” and has become part of our common law.

In as far as trustees of pension funds are concerned, ESG matters are included in their fiduciary duty. However, similar to the King Code, we have the Code for Responsible Investment in South Africa (CRISA), which deals with the application of such broader good governance from an investor perspective. Unfortunately, the take-up of this is not at as a high level as the King Code. It would be useful for the pension fund regulator to have a requirement similar to our stock exchange rules in this regard.

Robert: Given the current legal landscape in terms of opportunities and obstacles, what guidance from a responsible investment (RI) perspective could you offer to those whose duties as trustees or agents include a fiduciary duty of care over their clients’/beneficiaries’ assets?

Michael: In short, RI hinges on a single measurement – sustainability. What does this mean? The trustee of a pension fund, or the institutional investor more generally, has a duty towards the pension fund beneficiaries or the investment fund investors. If they want to best serve these beneficiaries, they need to have a long-term perspective on investment and thus on the companies they choose to invest in.

A long-term investment view has a very different perspective on risk, quality of earnings, skills and ethics of the board and management team in the underlying investment, and other matters. Unfortunately, there is still a lot of “short-termism” when it comes to investment, even at an institutional investment level. This is often evident in the fact that short-term performance, profits, cash flow and dividends are still the key criteria on which many investment decisions are based. If sustainability becomes the measure, the investor will ask whether this company has built a strategy and business model that will sustain value creation for investors in the long term.

If this is the criterion, the company’s interaction with its community and its labour force becomes relevant, as it can result in future risks or benefits, Marikana being an example. Also, the company’s view on environmental matters becomes relevant, as a high level of risk taking, albeit at a business or an operational level, can have negative consequences, as illustrated by the oil spill in the Mexican Gulf or, more recently, the VW debacle.

The institutional investor should also bear these principles in mind when setting performance targets and incentive schemes. Often, the right things are said when it comes to investment policy, but these are not adequately supported by structures and actions that drive the appropriate behaviour. Robert: In your opinion, in which areas can the legal community support the ongoing development and training of fiduciaries to ensure they are properly apprised of the scope of their fiduciary duties?

Michael: There is a huge need for ongoing training for directors of companies and public entities, as well as for trustees of pension funds and other structures. To use pension funds as an example, 50% of the trustees are employee selected and often employee representatives. People selected often come from their own specialist areas, but they are unaware of their fiduciary duties and may believe that they have a duty as a “representative”. So I like your suggestion that the legal community should support such training and development objectives.

The legal fraternity is in a privileged position where they are not only close to the theory of the law, but also familiar with the application thereof. The application side is not just the challenges and realities of the practical implementation of law. It also includes knowledge obtained through court judgments as well as arbitration rulings etc.

There are lots of lessons to be learnt from the application side and it brings the letter of the law to life. It is often very difficult for non-legal people to really get to grips with legal requirements in the absence of such practical examples and experiences. If the legal fraternity starts sharing this technical and practical knowledge we will have stronger directors, which will result in better and stronger companies, to the benefit of the community at large.

Not only in South Africa, but across the globe, regulators are looking carefully at what steps entities have taken in regard to compliance and training when disciplining, levying fines or prosecuting entities and individuals.

One of the best mitigating factors is to be able to show that the offending entity has in place strict compliance and adequate training (including policies) and that despite these, the offence was committed. Fiduciaries are in the firing line of activism, which will become all-pervasive, and being able to show the adequacy of training, compliance and policies will become of critical importance in helping to avoid severe criminal and civil sanctions.

Who has fiduciary duties? What UNPRI says

In investment, the most common fiduciaries are the trustees of trusts or pension funds. Beyond trustees, different jurisdictions have different interpretations of who exactly holds fiduciary obligations and who simply has duties of care.

This question of who holds fiduciary duties is likely to change. The shift in many countries to contract-based defined contribution (DC) pensions raises the question of who is responsible for protecting the interests of these savers. The specific question that policy makers will need to address is what duties are owed by insurance companies, asset managers and sponsoring organisations (i.e. employers) in contract-based schemes (i.e. where the pension provider does not have fiduciary or equivalent obligations to the beneficiary in the way that a trustee would in a trust-based scheme).

For example, the board members of a pension fund can have a statutory duty to – in the performance of their duties – follow the interests of the scheme members, deferred members, the pension beneficiaries and the employer, and the board would then ensure that these parties can feel that the consideration of their interests is balanced.

On The Ground In Africa

A World Hungry for Social Inclusion

Are Millennials the Lost Generation? A Global Perspective

Will Green Growth Spell the End of Capitalism?