See how SCE works with the U.S. Fish and Wildlife Service and other wildlife resource agencies to minimize impacts to the Yosemite toad. 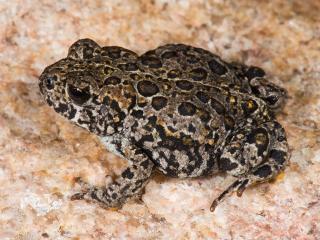 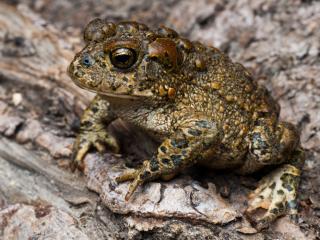 California’s Sierra Nevada provides habitat for a wide variety of wildlife, making it a place to admire, visit and protect. California is ranked as one of the top states with the highest number of endangered or threatened animal or plant species, which are protected under the state and federal Endangered Species Act.

This amazing global biodiversity hotspot is one of only 33 in the world. These hotspots are home to the highest number of plants and animals that are found nowhere else — just one of the many reasons California and its resources are so special.

One species in particular, the Yosemite toad, is an endangered amphibian found in the high elevations of California’s Sierra Nevada. It is often found near streams, lakes, ponds and meadows in national forests, national parks and Big Creek — home to Southern California Edison’s Big Creek Hydroelectric System, one of the country’s largest hydroelectric plants.

Throughout the year, SCE crews are often replacing equipment or performing vegetation management work in these same locations where the Yosemite toad lives. Fortunately, SCE employs scientists to help.

“When we perform work in habitat where wildlife is present, we put minimization and avoidance measures into place,” said Jack Goldfarb, a herpetologist at SCE. “This means identifying ways to minimize or avoid impacts to wildlife and their habitat and educating our field personnel about the species that are found in that environment.”

Goldfarb’s team in the Environmental Services Department works to ensure that laws and regulations are followed to help protect endangered species. He also ensures that crews understand the behavioral and migratory patterns of these species.

“During the spring, you’ll find the Yosemite toad mating in the meadows and soon after, they make their way upland into a different habitat where they feed and hibernate in burrows,” he said. “The presence of wildlife, particularly those that are protected, means SCE takes the necessary steps to help ensure that they learn which species are in the area, develop a familiarity with how and where they breed, and what to do if they encounter these animals in their burrows.”

Goldfarb and his team oversee a thorough environmental review process for all SCE projects that could disturb sensitive animals and their habitat. They also created training videos that highlight the natural history of several protected species and the requirements SCE field crews must follow to ensure they avoid harming them.