Mining Has A Growing Role In Economic Development And Poverty Reduction

“We believe the mining industry’s performance on sustainable development issues has changed significantly in recent times. At the same time, as industry leaders we also acknowledge that there are areas where we have some way to go before we, and our societies, can be satisfied with our performance”, said Mark Cutifani.   "We must ensure that the costs, benefits and risks of mining are well understood by all stakeholders, and that all accept their respective responsibilities in this regard. The recent tragic events in South Africa and the widespread strikes – which are affecting my company as well as others – serve to illustrate the absolute importance of getting this right”, he said.   The publications are the fourth and fifth releases in an on-going series focusing on mining's contribution to sustainable development. The series has been commissioned by ICMM to spark a constructive dialogue about the key issues the mining industry faces.   “Trends in the mining and metals industry” provides a forward looking discussion of trends likely to govern the evolution of the industry over the next decade.    Even with today’s uncertain economic outlook, population growth and the speed of urbanization in China and Asian countries has created continuing demand for minerals and metals. At the same time, the centres of mining activity have been moving from developed to developing countries. For example, Latin America accounts for 25% of current production and 28% of mining investments today.   “The role of mining in national economies” examines the contribution of mining activities in 212 countries. In 2010, the value of global minerals production was four times higher than in 2002. At the same time, there are 40 countries with significant dependence on mineral exports. Thirty of those are low or middle income countries and many have low Human Development Index scores.   This data demonstrates that mining has a significant and growing role to play in economic development in general and poverty reduction in particular. Evidence from ICMM case studies in Chile, Ghana and Brazil illustrates that mining areas have enjoyed stronger poverty reduction and social development performance than non-mining areas.   Magnus Ericsson, Raw Materials Group, and Alan Roe, Oxford Policy Management, presented the two studies at the panel discussion.    The two publications are available at http://www.icmm.com/library/minings-contribution-to-sustainable-development-the-series – the data cited in this news release as well as related statistical data are available in the two publications. 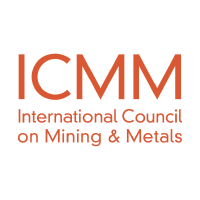 More from International Council on Mining and Metals (ICMM)