Michael R. Bloomberg remembers the man who was more than just a mentor at Salomon Brothers. 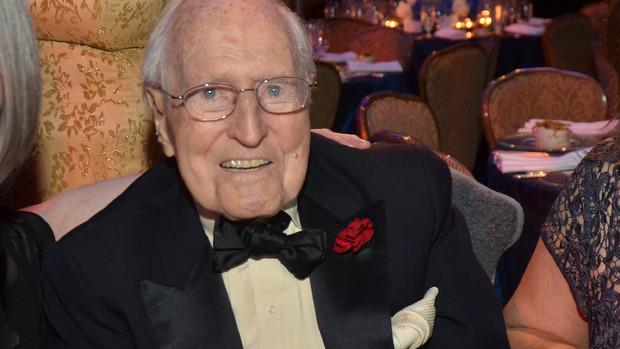 Over the course of one’s life, there are a few people who have a major influence on the way you look at the world and define what is most important. For me, Billy Salomon was one of those people. Billy, who died in December at 100, was the most ethical person I ever met over the course of my career.

In 1966, fresh out of school, I interviewed for a job at Salomon Brothers & Hutzler, in an old building at 60 Wall Street. As I was getting shown around the office, I met a friendly guy who stopped to chat for a few minutes. I had no idea who he was. He turned out to be William R. Salomon -- the managing partner.

That was Billy: unassuming, unpretentious and uncompromising when it came to upholding the firm’s standards. Billy once overheard a trader saying, “I’ll buy 50,000 shares.” Billy said -- in a voice loud enough for everyone on the floor to hear: “How did you get that kind of money in your personal account?”

From the beginning we learned that there was no “I” at Salomon. It was only “We.” The firm always came first, and customers always came before profits. Billy understood that the customer’s trust was the firm’s most valuable asset. If you sacrificed that trust to make a quick buck, then you destroyed more value than you could possibly create.

The way we presented ourselves to our customers was a big part of this ethic. I remember when Billy fired a salesman for sending a case of wine to a customer. Why? We had a rule: No gifts. Period. We’d get business honestly or not at all.

I’m sure Billy took no pleasure in that firing. But his family name was on the door -- and he was damn well determined to honor it, and to walk out that door every day with his integrity intact.

Which is exactly what he did, right up through the day he retired at 64, to comply with the firm’s mandatory retirement age. Was he ready to retire? Probably not. Would he allow the firm to make an exception for him? Absolutely not.

Several years later, in 1981, the firm was sold. Billy was not happy, to put it mildly. And I can assure you, he did not put it mildly to any of us, including me. But it wasn’t my decision, and I wasn’t happy either: I got fired. But I left the firm with an advanced degree from the Billy Salomon School of Leadership.

As anyone who worked for Billy knows, he didn’t teach by lecturing. He taught by leading, and he led by example. On most mornings, he’d be the first one in the office. He was a good listener, but he didn’t manage by consensus. He was his own man, he made his own decisions, and he didn’t look back. And he was an optimist. When the market would tank, he'd be the first to say that things would turn around.

Salomon was always a meritocracy. Billy didn’t care what college you went to. (He didn't go to college. Instead, he worked his way up the ladder at the family firm.) What's more, he was as respectful to the guy who cleaned the bathrooms as he was to the senior partners. More so, in fact.

As smart as he was about finance, he was even smarter about people. He didn’t tell you how to run your personal life, even though he ran his according to the highest standards. He didn’t tell you what charities to support, though he made it perfectly clear that everyone was expected to give generously and get involved in civic causes. I learned more about management from Billy than I did at Harvard, and the company I started with three ex-Salomon guys is built on those lessons.

Billy would occasionally say that if he had still been in charge, I never would have been fired. I’m not so sure. And in retrospect, thank goodness he wasn’t there to save me. I am glad he stuck to his principles, as he always did. Even though the firm, Salomon, didn’t survive, the code that Billy lived by did -- and it still does, in all of us who have been inspired by him.

Actually, thinking back on it, I’d have to say that Billy was more than a mentor. He was almost like a second father to me. My father, William, died when I was 21. He was from Billy’s generation, just a little older. Both were tough, honest, hard-working, principled and generous toward those in need. I think they would’ve liked each other.

(This article is adapted from remarks Michael R. Bloomberg delivered at a memorial service for William R. Salomon.)

To contact the editor on this story:
David Shipley at djshipley@bloomberg.net

Michael R. Bloomberg, the former mayor of New York City, is the founder and majority owner of Bloomberg LP, the parent company of Bloomberg News. He is the UN secretary-general’s special envoy for cities and climate change. Read more.