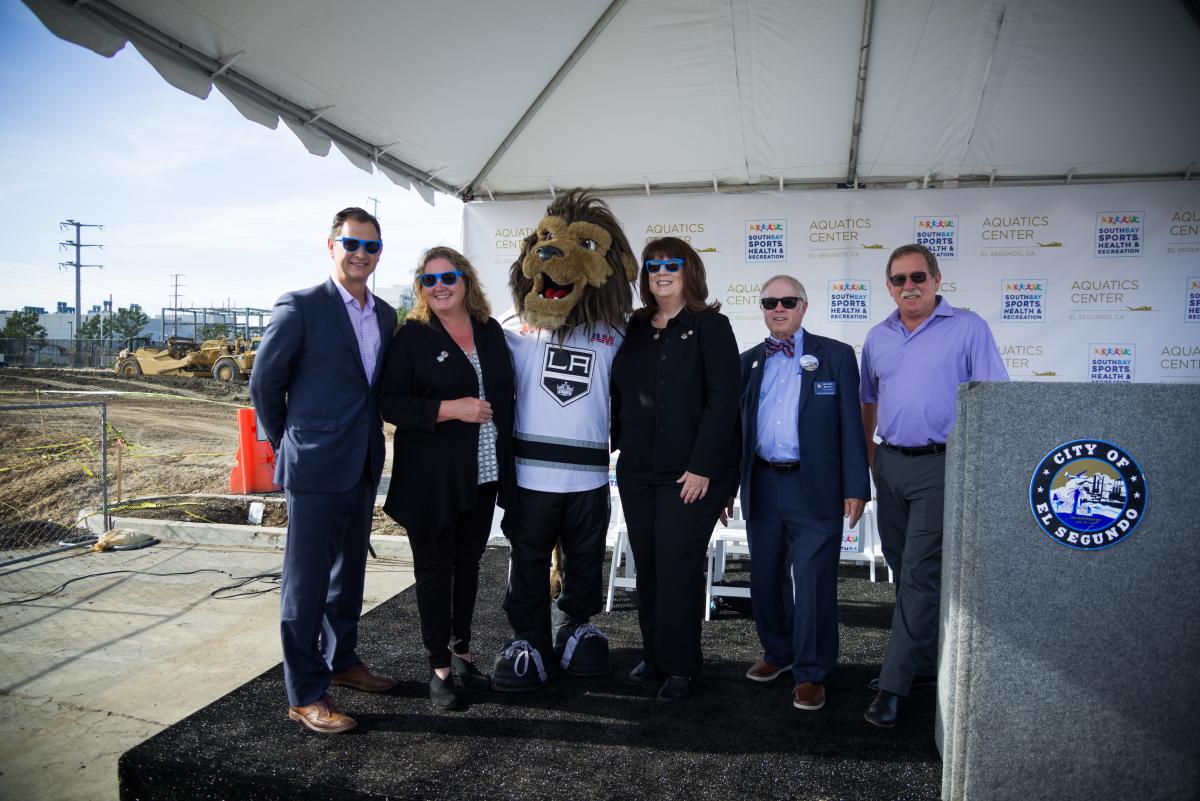 EL SEGUNDO, Calif., May 2, 2017 /3BL Media/ – AEG’s National Hockey League (NHL) team, the Los Angeles Kings, announced a $150,000 donation toward the completion of the highly anticipated El Segundo Aquatic Center. The team, which practices in the city of El Segundo at the Toyota Sports Center, was represented by Kelly Cheeseman, LA Kings COO and team mascot, Bailey at the groundbreaking ceremony on April 27, 2017.

The Aquatics Center, which aims to put swim safety and swim sports to the forefront of the South Bay, is designed to be available for both the general public and members of the Wiseburn and El Segundo high schools.

“Thank you to the City of El Segundo, the Wiseburn Unified School District and Richard Lundquist for leading the charge and providing the kids and families of the South Bay with another resource to stay fit and healthy,” said Kelly Cheeseman, LA Kings COO. “We look forward to our players, coaches and staff joining the South Bay community in using this state-of-the-art pool and facility.”

The outdoor swimming complex will provide the community with a center for competition level swimming, community swim lessons and fitness classes and will act as the future home to local high school and adult swim and water polo teams. The main feature will be a 53.2 meter, 10-lane competition pool with an expanded shallow entry area and two moveable bulkheads, allowing for more flexible aquatics programs.

About the Los Angeles Kings:

For more than half a century the Los Angeles Kings have been bringing excitement, passion and Stanley Cup glory to Southern California, delighting our deeply loyal fan base by being a leader in incredible events and employing the greatest players in NHL history.  The legacy continues as the Kings – fresh off our 50th Anniversary celebration -- strive for innovation in a constant pursuit of excellence with a first-class commitment to our fans and partners, and with an unmatched pledge to improving our community.  We Are All Kings.