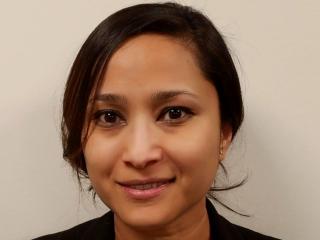 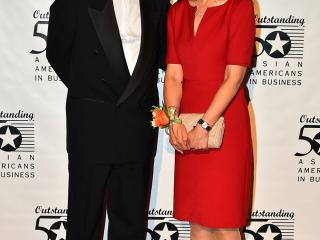 Las Vegas Sands remains committed to its 50,000 Team Members worldwide, from Las Vegas to Macao and Bethlehem, Pennsylvania to Singapore. The company provides Team Members with an outstanding work environment, strong benefits, a dedication to diversity, and extensive training and other opportunities to advance and thrive in the hospitality industry.  The company, its subsidiaries and affiliates adhere to an equal employment opportunity policy for all current and future Team Members, without regard to a person’s race, color, religion, sex, handicap, veteran’s status or status within any other protected group.

In honor of International Women’s Day, Las Vegas Sands has chosen to highlight female Team Members in all of the regions in which we operate that have initiated change in their communities and the workplace.  The company supports all its Team Members in their efforts to make their departments better and their efforts in volunteering in the community.

Lipika Jensen has been with Las Vegas Sands Corp. for almost five years, overseeing all Predevelopment efforts to pursue, analyze and frame opportunities for global development initiatives in accordance with LVSC Executive Management’s strategy and vision.  Today, she is involved with the redesign of Sands Cotai Central in Macao.  The Londoner will replace Sands Cotai Central and Jensen has been involved in the initial concept design and feasibility stages of the project to get board approval. Currently, she is overseeing the overall planning, design and implementation of the Integrated Resort.

Amy Lee joined Las Vegas Sands in 2013 and assumed her role as senior vice president in August 2016.  Originally from Shanghai, China, she has a unique background with experience supporting employees in Asia, Europe, and South America, as well as the United States.  She received her MBA at California State University, Los Angeles and is also a Certified Compensation Professional (CCP), Global Remuneration Professional (GRP) as well as a Certified Benefits Professional (CBP).  In 2017, Lee was selected as a recipient of the 2017 Outstanding 50 Asian Americans in Business Award by the Asian American Business Development Center.  The Outstanding 50 Asian Americans in Business Awards Gala, established in 2001, is held annually in New York and highlights the achievements of Asian American professionals and entrepreneurs across a broad spectrum of industries and their contributions to the U.S. economy.