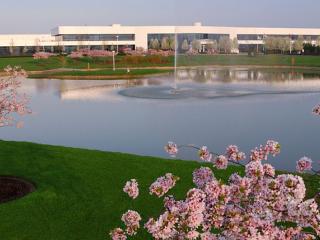 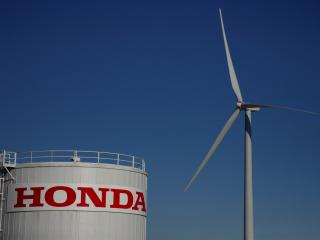 Honda expanded its global environmental strategy in 2016 in its continuing support of the company’s environmental vision and its challenging goal to halve total CO2 emissions from its products and operations globally by 2050, as compared to 2000 levels.

“From an environmental perspective, we are aggressively pursuing innovations that will help reduce CO2 emissions, which is society’s most pressing environmental challenge,” said Toshiaki Mikoshiba, president & CEO of Honda North America, Inc. “We are pursuing environmental innovation across all aspects of our business with a strong focus on improving efficiency at every stage of the product life cycle.”

The NAER illustrates Honda’s Environmental Vision as well as its approach to managing environmental efforts throughout the company. The 51-page report also features Honda’s stance on public policies as they pertain to energy usage and development of alternate-fuel vehicles and technologies.

The report is Honda’s twelfth annual report on the environmental impact of its operations in North America, including the United States, Canada and Mexico, and covers the period from April 1, 2015 to March 31, 2016 (fiscal year 2016).

Additional information on Honda’s environmental performance outside of North America can be found in Honda Motor Company’s Sustainability Report, with a focus on the company’s activities in Japan.

Based on its vision of "Blue Skies for our Children," Honda is working to advance technologies that address society's environmental and energy concerns.  The company's "Green Path" approach seeks to reduce or eliminate the use of substances of concern (SOCs) and scarce natural resources in the design of its vehicles, significantly reduce the CO2 intensity and water use of its manufacturing operations, continue to decrease CO2 emissions from the transportation of vehicles from its plants to dealers, and expand the involvement of U.S. Honda and Acura dealers as well as powersports, power equipment and marine dealers in its "Green Dealer" program.
These activities reinforce Honda's goal to voluntarily reduce its total corporate CO2 emissions by 50 percent by the year 2050, compared to 2000 levels. In 2006, Honda was the first auto company to voluntarily and publicly commit to global reductions in its CO2 emissions.

[i] Total CO2e emissions (from consumption of electricity and natural gas) includes all automobile, powersports, power equipment and aviation manufacturing operations in North America. CO2e emissions at the Guadalajara, Mexico plant are allocated between automobile and motorcycle production based on sales value.

iii Energy used per auto encompasses all auto-related manufacturing activity, including automobile engines and transmissions produced in North America; it does not include power equipment, powersports and aviation manufacturing operations. Energy use at the Guadalajara, Mexico plant is allocated between automobile and motorcycle production based on sales value.

[vi] Honda calculation using U.S. EPA exhaust emissions data. FY00-09 data are based on actual sales, while 2010 and later are based on production volumes. Some MY production is sold in later years (ex: a 2009 MY motorcycle that is sold new in 2011) and was omitted by the earlier method.

Illuminating Ideas To Save Energy in Honda Manufacturing Facilities

Honda Supervisor in Georgia Featured in “Who Makes a Honda” Video

What Makes a Honda - Nick's Story