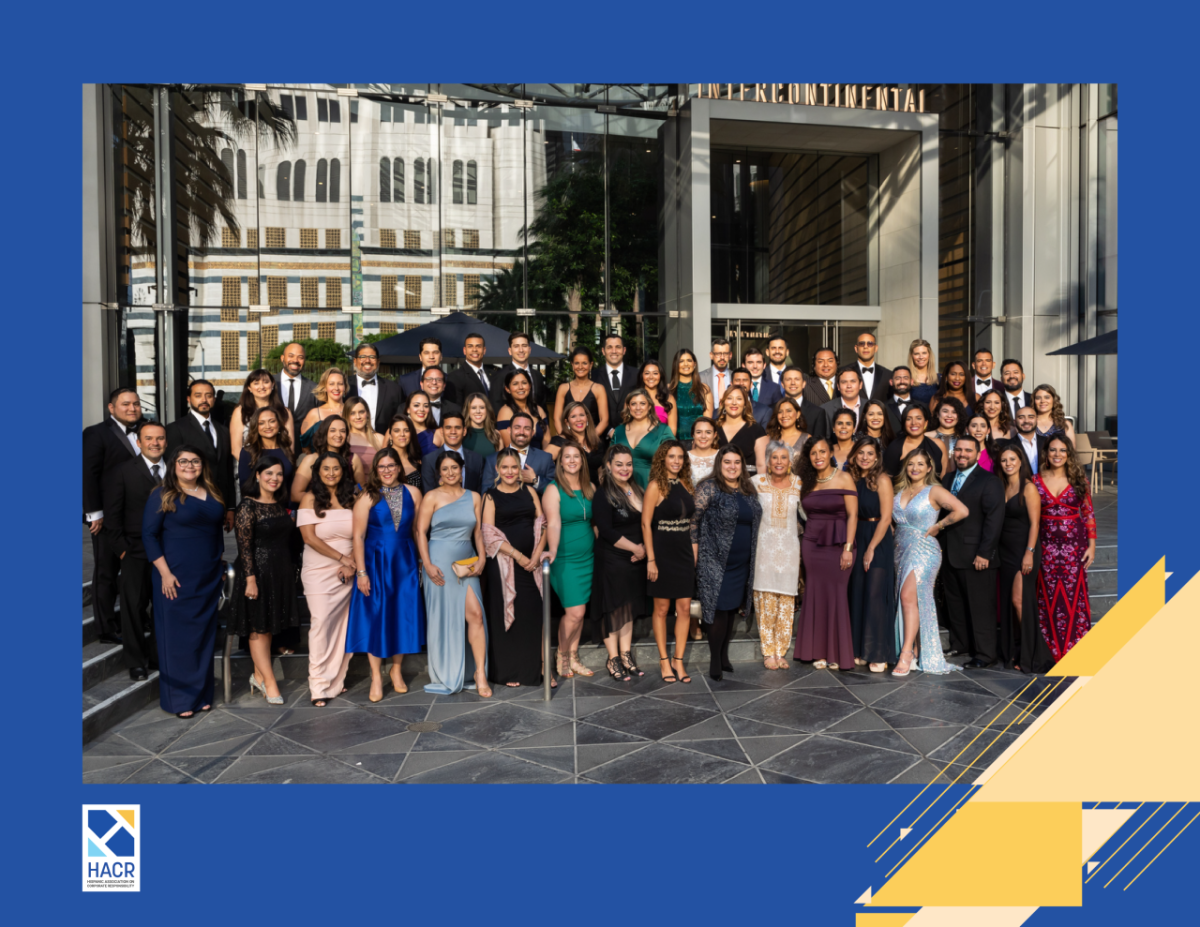 WASHINGTON, July 6, 2022 /3BL Media/ - The Hispanic Association on Corporate Responsibility (HACR) congratulates the 15th cohort of the HACR Young Hispanic Corporate Achievers™ on their completion of the program last month.

This year’s class is an accomplished group that has collectively taken on significant responsibility at work. Some 96 percent have at least some management experience, and 91 percent have managed budgets. They are highly educated; 88 percent have at least a bachelor’s degree, and 46 percent of them have gone on to attain a master’s degree. They have also demonstrated dedication to their communities, as 72 percent have served on non-profit boards. They devote an average of 464 hours per year to volunteer work. About 88 percent had already received an award or recognition, and 97 percent had participated as a speaker or presenter.

“I’m proud of this year’s Young Hispanic Corporate Achievers cohort, our largest ever, and I look forward to following their career advancements and continued success,” said Cid Wilson, President and CEO of HACR. “This year’s graduates joined more than 400 distinguished alumni who have completed this prestigious and competitive-admission program over the last 15 years. Since its inception in 2007, the HACR YHCA program has produced dozens of C-suite executives, multiple CEOs, and numerous corporate board directors.”

The HACR YHCA program advances HACR’s mission of increasing Hispanic representation at the highest levels in Corporate America, as it is rooted in heritage and cultural identity with a focus on corporate diversity, professional leadership, and community engagement. The most recent class completed the program after two months of virtual trainings that culminated with an in-person experience in Los Angeles. They shared stories from multiple, bi-cultural, multi-lingual, and immigrant perspectives and found common ground over a shared sense of struggle-hewn resilience. The final, in-person portion happened in conjunction with the 2022 HACR Executive Programs, a conference for C-suite Latino executives and allies. Although the HACR YHCA candidates engaged in separate programming, the two groups gathered during mealtimes and receptions, offering a unique, strategic opportunity for networking and relationship building between rising and current corporate executives.

HACR commends the leadership of Dr. Juana Bordas who has facilitated the HACR YHCA program since its inception. She was presented with a special recognition during the YHCA Awards Dinner for her 15 years of facilitation leadership.

Forty-one Fortune 500 and HACR member companies collectively sponsored the 73 Hispanic employees to complete the 2022 program. Here is the list in alphabetical order by company:

A Special Message From HACR’s President and CEO, Cid Wilson, in the Wake of the Mass School Shooting in Uvalde, Texas