Raul Yzaguirre, former President and CEO of UnidosUS and former U.S. Ambassador to the Dominican Republic, will receive the highest civilian award today for his lifetime of service in the Hispanic civil rights movement. 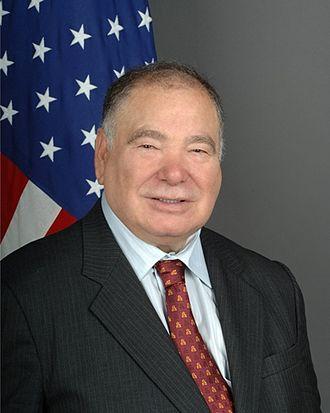 WASHINGTON, July 7, 2022 /3BL Media/ - The Hispanic Association on Corporate Responsibility (HACR) congratulates The Honorable Raul H. Yzaguirre who is receiving the Presidential Medal of Freedom today from the President of the United States, Joseph R. Biden, in an official ceremony at The White House in recognition of his lifetime of national leadership and historic contributions to the Hispanic community.

Yzaguirre spent 30 years at the helm of UnidosUS (formerly the National Council of La Raza), from 1974 until 2005, where he grew it from a regional Southwest organization to a national American institution in Washington, DC that is now recognized as the nation’s largest Hispanic civil rights and advocacy organization. He served as U.S. Ambassador to the Dominican Republic from 2010 to 2013.

Yzaguirre is a co-founder of HACR, which was formed in 1986 to advance Hispanic inclusion in Corporate America. He served as its board chairman in 1987 and then in various roles, including board member emeritus, for the next two decades.  UnidosUS is one of 14 member organizations that comprise the coalition board of directors of HACR.

“Raul Yzaguirre is a national hero to millions of Latinos for his lifetime of leadership, activism, and groundbreaking civic accomplishments in the movement to empower our community,” said Cid Wilson, President and CEO of HACR. “For me, he has been a longtime mentor and my moral compass for Latino empowerment. We are forever thankful to him for his legacy of elevating and advancing the movement for greater Hispanic inclusion in all areas of our American society. This is a well-deserved recognition for one of the most legendary Latino civil rights leaders in our nation’s history.”

The Presidential Medal of Freedom is the highest civilian award in the United States. Yzaguirre is among 17 distinguished honorees in a White House ceremony with President Biden today.

Founded in 1986, the Hispanic Association on Corporate Responsibility (HACR) is the nation’s leading corporate advocacy organization, representing 14 national Hispanic organizations in the United States and Puerto Rico. Its mission is to advance the inclusion of Hispanics in Corporate America in the areas of Employment, Procurement, Philanthropy, and Governance. Through our corporate leadership advancement programs, best-practice conferences, research initiatives, and public engagements, HACR is illuminating The Power of Hispanic Inclusion™ throughout Corporate America.

A Special Message From HACR’s President and CEO, Cid Wilson, in the Wake of the Mass School Shooting in Uvalde, Texas