Honors 20 dreamers, pioneers, entrepreneurs and others leading the clean economy 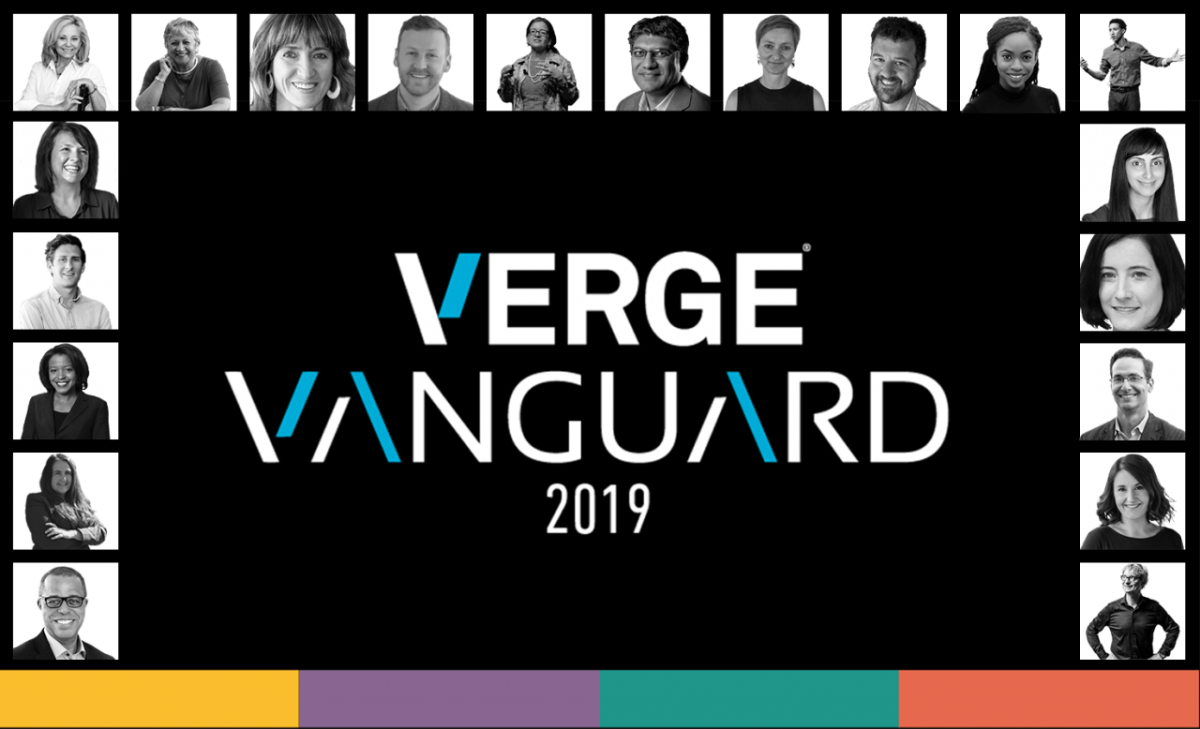 Every economic movement, every technology revolution is led by the vanguard — individuals who flout the rules to create products, services and business models that blaze a trail to the future. To recognize that pioneering spirit, GreenBiz debuted the VERGE Vanguard feature in 2018.

The special report is aligned with the annual GreenBiz VERGE conference and expo, which is dedicated to exploring scalable, cross-cutting solutions and advancing the most dynamic and influential markets driving a sustainable future.

The second annual VERGE Vanguard feature recognizes 20 individuals who are:

The list includes a diverse group of people who are disrupting the status quo from within large organizations including Cummins, Ford, General Mills, IKEA, REI and VMware. It also celebrates the women behind four entrepreneurial ventures: Kiverdi (turning carbon into nutrients and bioproducts); LanzaTech (converting captured carbon into fuels and chemicals), Renewlogy (transforming plastic waste into fuel); SHYFT Power Solutions (simplifying energy monitoring using the internet of things) and The RealReal (the circular fashion company which this summer pulled off an IPO that values it far above $1 billion).

While their backgrounds are unique, the 2019 VERGE Vanguard honorees share a common conviction: to harness innovation to mitigate climate change and facilitate the clean economy transition.

“It's easy to focus on the game-changing technologies, policies and finance mechanisms undergirding the clean economy without giving due credit to the trail-blazing people behind them," said Shana Rappaport, Vice President and Executive Director of VERGE. "This year's VERGE Vanguards reflect precisely the kind of courageous, visionary leadership needed to turn our pressing global challenges into massive opportunities, and we're delighted to honor them for their bold, pioneering work."

The VERGE Vanguard honorees were selected from nominations submitted from diverse industries during July by GreenBiz readers and editors, and by the VERGE Advisors who helped shape the sessions at this year’s event

“Each of these individuals should be celebrated not just for their inspiring, disruptive ideas and technical contributions but for their untiring evangelism of a cause that’s critical to the future well-being of all humanity — the transition to an inclusive and equitable clean economy,” said Heather Clancy, GreenBiz Group Editorial Director.

Many of this year’s VERGE Vanguard will be featured speakers during VERGE 19 in Oakland from Oct. 22 - 24 including: Kiverdi CEO Lisa Dyson, LanzaTech CEO Jennifer Holmgren, and Groundswell CEO Michelle Moore. Also on the roster: Mary Nichols, chair of the California Air Resources Board; Julie Furber, vice president of electrified power for Cummins; and Ryan Russo, director of transportation for the City of Oakland.

The complete list of 2019 VERGE Vanguard honorees is below and at this link.

GreenBiz Group’s mission is to define and accelerate the business of sustainability. It does this through a wide range of products and services, including its acclaimed website GreenBiz.com and e-newsletters, GreenBuzz and VERGE; webcasts on topics of importance to sustainability and energy executives; research reports, including the annual State of Green Business; the GreenBiz Executive Network, a membership-based, peer-to-peer learning forum for sustainability executives; and conferences: the annual GreenBiz forum and VERGE. www.greenbiz.com

Bill Gates to Speak at GreenBiz 21

Accelerate the Clean Economy at VERGE 20

GreenBiz and State of California to Collaborate on Advancing Grid Resilience