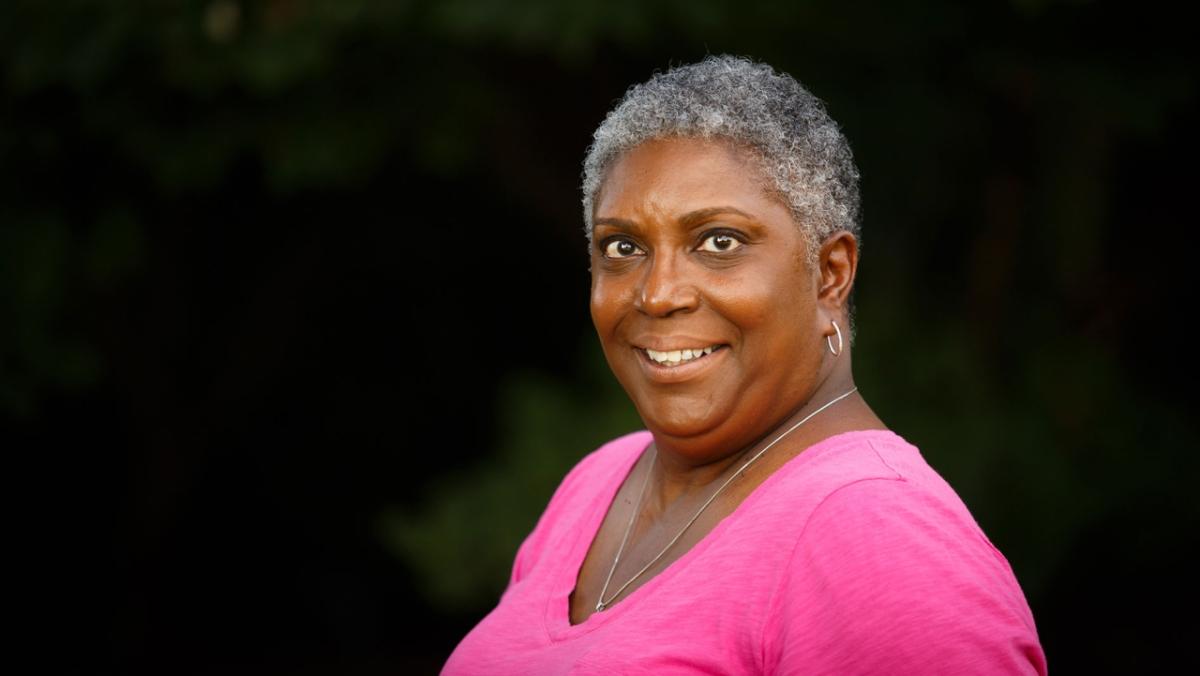 In the spring of 2018, North Carolina native Stephanie Walker went to her first breast cancer conference and had a revelation that she refers to as her “coming-out party.” She learned she had metastatic breast cancer three years earlier and although she was a retired hospice nurse, she faced the disease without any guidance from others who shared her experience.

“It was the first time during my cancer experience that I saw other people who looked like me,” recalls Stephanie. “I walked around in shock to see so many other Black people living with metastatic breast cancer – and thriving.”

The experience showed Stephanie the staggering impact the disease has on the Black community. It also inspired her to join the Metastatic Breast Cancer Alliance, or MBC Alliance, and become an advocate for Black men and women with breast cancer.

“While the exact percentage of metastatic recurrences among those treated for early-stage breast cancer is unknown, recent estimates suggest it is nearly 30%,” says Laurie Campbell, Executive Director of MBC Alliance, which consists of cancer non-profits, patient advocates, pharmaceutical and biotech members – including Gilead – all working to improve the lives of people living with metastatic breast cancer. Clinical trials can help improve the outcomes, she says, but only 3-6% of people in cancer trials in the United States are Black.

Stephanie felt she received good care, but she was never told about clinical trial opportunities. This motivated her to lead the MBC Alliance’s BECOME research survey, which stands for Black Experience of Clinical Trials and Opportunities for Meaningful Engagement. The study’s goal was to utilize patient input to find practical and actionable ways to make it easier for Black people living with metastatic breast cancer to take part in research trials. Of the 424 respondents that participated in the research survey, 102 identified as Black.

The survey found that one of the main reasons that Black individuals don’t sign up for trials is that doctors don’t talk to them about it. “Communication is one of our biggest barriers,” explains Stephanie. “If you don’t ask us, we don’t know.” In fact, some 8 in 10 of the Black respondents said they’d be interested in trials, but only about a third received information about them from their caregivers.

“That was the biggest surprise to me – that it was a matter of a simple ask,” Stephanie says.

Even when Black patients are aware of trials, trust is another barrier, as they are more likely to be wary of the health system and may worry that trials won’t be fair and equitable. “The mistrust goes back generations,” says Stephanie. “You can’t erase it, but we must move past it.” The study found that learning about a trial from someone of the same racial or ethnic background helps build trust among individuals.

On April 1 of this year, Stephanie was invited to share the BECOME findings on the disparities in clinical trials at the annual American Society of Clinical Oncology (ASCO) meeting, which is attended by more than 40,000 oncology professionals from around the world. “I thought it was some kind of an April Fool’s joke,” she says of the invitation. “When MBC Alliance had told me they were going to submit an abstract to ASCO, I thought we couldn’t compete with scientists and the work they do in the lab.”

But in fact, the poster and presentation were so well received that there’s been considerable press interest in the study, and Stephanie has since received invitations to speak at many other cancer forums. “She’s been unstoppable since she started this work,” says Laurie. “I’ve been with MBC Alliance for almost 6 years and have never seen a patient-led research initiative receive this type of attention at ASCO.”

On Dec. 5, the MBC Alliance will co-host a symposium called Black Wo(Men) Speak to continue its work to help advance Black participation in trials.

“We’ve let no grass grow under our feet since ASCO,” Stephanie says. “We must take actionable steps to inform Black patients about the importance of participating in trials.”