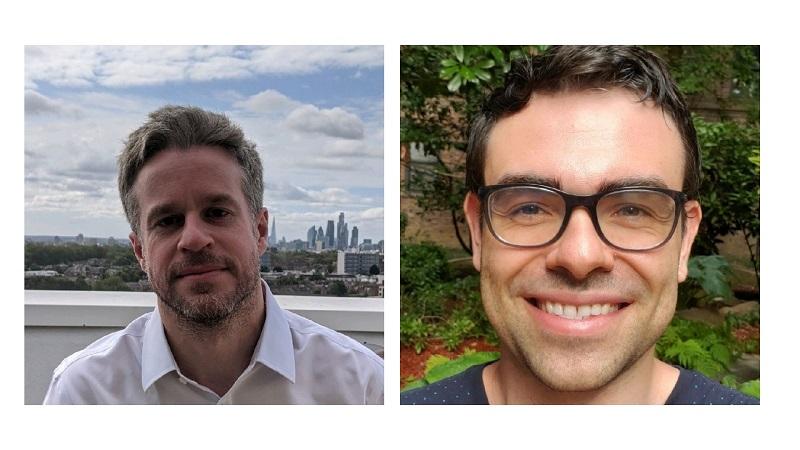 Mentoring provides relationships and opportunities to help young people navigate their career paths and build the skills and networks they need to succeed. Bloomberg invests in young leaders providing free training and internship opportunities through our growing network of education and mentoring nonprofit organizations focused on personal development, financial education, and preparing college and career success.

Mentoring through our Best of Bloomberg volunteer program gives Bloomberg employees the opportunity to engage and work with young people and adults through long-term and short-term programs, sharing their career experiences and skills, particularly in the areas that Bloomberg knows best including finance, technology, data, and journalism. One of our partnerships making a difference is mentoring with the City Tutors in New York.

The City Tutors is a volunteer tutoring and mentoring nonprofit that provides access to professional mentorships for college students in communities that have historically been underserved across New York City. We announced our partnership in January 2022, and since then, 215 Bloomberg employees have served as mentors to 404 college students within the City University of New York (CUNY) system. We spoke to Garri Rivkin, Founder and Executive Director of The City Tutors, and Thomas Rowlands-Rees, BloombergNEF Manager for North America Research, whose team helped mentor CUNY students interested in careers in climate and energy.

Tell us about City Tutors.

Garri: The City Tutors is a CUNY-incubated startup non-profit. We’re building the first free, on-demand NYC-wide learning and career center that empowers first-generation immigrants and historically low-resourced communities to pursue their academic and professional development goals at a time and pace that works for them. In addition to serving 1,000 mentees through our self-paced mentorship program, this past year we ran 27 mentorship events, connecting over 1,200 CUNY students and alums with Fortune 500 companies, specialized firms, non-profits, and government institutions. Our mentees had a chance to learn from and network with industry insiders from finance, technology, healthcare, pharma, life science, sustainability, engineering, social work, and the legal sectors. Bloomberg mentors supported nearly 20% of all mentees served!

Describe your experience getting involved with City Tutors.

Thomas: I really appreciate working with City Tutors. I think a lot of us like the idea of helping people and opening doors, but we don’t know where to direct that energy. City Tutors solves that problem by matching us up with people who have asked for our mentorship. I’ve been involved for about a year, and I’ve had five mentees during that time. A highlight for me is getting to meet so many different young people, all with different ambitions and career goals. Finding the right job is more like a marathon than a sprint and I hope that my mentoring has given my mentees something that helps them last the distance in their respective races, rather than something that instantly boosts them to the finish line.

Can you share some highlights of the work you’re focusing on as part of City Tutors?

Garri: We grew quite a bit in 2022 and, to scale our tutoring services across NYC, we built our own web platform, The City Hub. It allows students to be matched with tutors within hours. It also provides an opportunity for our program partners to track their student’s progress in real-time, pick up volunteer opportunities and flexibly set volunteer hours, and for us to see the complex patterns of tutoring use across NYC to better respond to the needs of the diverse learners we support. In 2023, we will migrate our mentorship program onto the web platform, creating a more frictionless experience for our Bloomberg mentors and for the learners who work with them. Another exciting highlight is that award-winning actor and comedian Kevin “Dotcom” Brown (30 Rock TV Show) joined our team as program success manager, helping us deepen our connection with the learners we serve, and allowing us to facilitate more dynamic tutoring and mentoring events across the city. He just wrapped up filming the first season of our “Tutors, Mentors, and The City” podcast, which he is hosting. The first episodes were released in early 2023 and it includes an episode featuring Thomas!

Thomas: I’ve learned quite a bit through process of mentoring. One of my mentees is blind and is exploring different career options in the field of sustainability. She was quite upfront about the fact that we should identify types of roles where not being able to see would not hold her back. In my own sustainability-related work, I love creating data visualizations to make points, but talking to her made me realize that if an idea is only communicated visually, some people who might have a lot to offer are shut out of the conversation. Not to say I won’t continue using data visualization as a tool, but I’ll do it with an awareness that words are more universal and shouldn’t be substituted just because there’s a chart or diagram. We were able to identify some career avenues that were well suited to her strengths, and I put her in touch with some people that can give advice specific to those avenues.

What is something surprising you wish other people knew about mentoring?

Garri: Often those who need mentorship support most, can least afford the time to concentrate on their professional journey. Their life is in constant competition between work, school, and family, with their familial and cultural obligations often winning out over their personal growth. At The City Tutors, we can’t solve the socio-economic factors that govern students. What we can do is be there for mentees throughout their journey, creating enough flexibility and the least amount of barriers to empower them. In response to their reality, instead of a continuous relationship over 6-12 months, we’ve designed our program like a career center, with drop-in and out support. We recognize that each mentorship session can have a major and possibly transformative impact, especially for mentees, in our case 65% of whom have never received professional development support. We see in our data that after just two mentorship sessions, 50% of mentees who don’t know what they want to do leave the mentorship having identified an industry to pursue; 65% of mentees who don’t know what steps to take identify one or more that helps them in their professional journey. After just three sessions, over 40% of mentees who need help with the job search, secure an interview, internship, or job.

Thomas: I think there’s a perception of mentoring that you need all the answers. I’ve learned it’s not like that. The comparison I would use is going to the doctor – in most cases the first doctor you speak with isn’t the one that will give you what you need. They’ll refer you to another doctor who might refer you to another doctor and so on. A network of doctors helps you. With mentoring, I found that it’s a network of mentors that gives the best benefit. In the context of my analogy, I was a Primary Care Physician — I listened and gave a general diagnosis (e.g., feedback on the resume), but most of the time I was making a referral. Initially, I felt like I was failing as a mentor because I was just passing people along to someone else that I knew, but after a while, I realized that’s one of the biggest benefits I could offer. It made me appreciate that my network has value! And it’s not necessarily knowing some busy CEO that I once met at a conference, the value was in the former intern from a couple of summers ago who was working in the sector my mentee was interested in getting into. Those were my most impactful referrals.

Did you have a mentor growing up who helped you along your career path?

Garri: When we moved to Queens from Lithuania, my mother and I relied on the small Russian Jewish community to help us learn how to thrive in this country. I felt disempowered and no one helped me clarify what I wanted. My mother didn’t have these conversations with me. Not only did she work every day, often overnight as a home health aide, but she also didn’t understand the system and felt herself limited by the language. When it came to selecting a college, I clung to my high school teacher’s advice that I should attend CCNY (CUNY). I was happy that someone thought about me and my future. CCNY was the first time I felt empowered. Not only did I get to study at one of the most diverse schools in the country (a microcosm of NY and the world), but I was lucky to meet professors who helped me secure scholarships to pay for school, who helped me think through my next professional steps, and who gave me opportunities to build skills to secure employment. I finally felt in control. When I graduated and became a faculty member, I realized that much like New York, the 16,000-student school was just too big and the resources were hidden from view. When I started building City Tutors, what I was really interested in was returning power to New Yorkers, providing them easy access to resources that would allow them to shape their own future. I got lucky, but City Tutors is about ensuring luck is not the driving force of your success.

Thomas: I did not have a formal mentor, but my dad worked in the corporate sector and was a great role model. I appreciate the advice he gave me. I remember showing him my CV for feedback and he told me it was amazing, with no notes for improvement. I now realize he might have been biased by the fact that I’m his son! On the other hand, my older brother gave (what I now realize was) useful feedback – but I wouldn’t listen because he was my annoying older brother and I thought he was just being a hater. I realize now having a mentor with a bit more independence could have helped make my CV more focused and could have given me some simple advice on interviews that would have really helped me avoid some of those botched interviews in my youth.

Learn more about internships, apprenticeships, and full-time roles for students and recent graduates at Bloomberg