Amid Juneteenth activities across its footprint, Fifth Third adds holiday for employees beginning in 2022 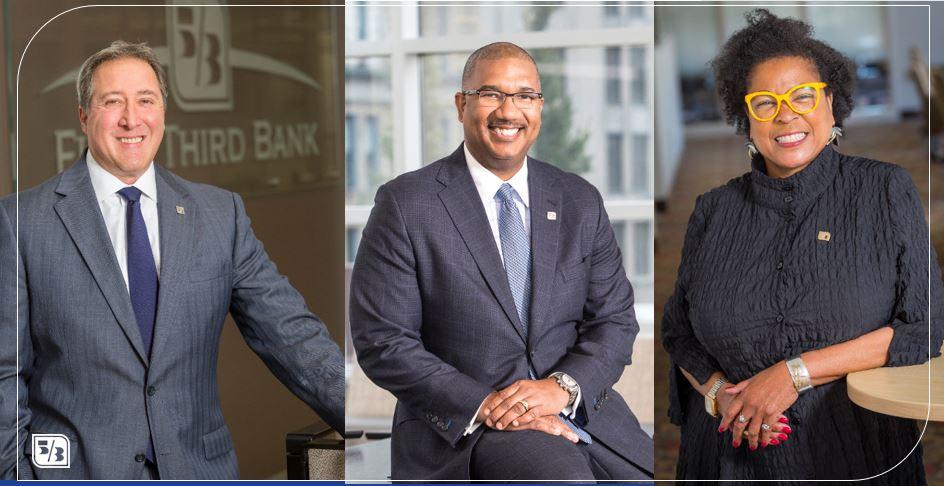 CINCINNATI, June 18, 2021 /3BL Media/ - Beginning in 2022, Fifth Third Bank will expand its holiday calendar to recognize Juneteenth as the country’s 11th federal holiday, which commemorates the date the last Confederate slaves learned they were free. Due to the timing of the enactment of the new holiday and requirements for branch closures regulated by the Office of the Comptroller of the Currency, Fifth Third will remain open this year to avoid any disruption of service to customers.

“We are excited to expand our 2022 calendar to include Juneteenth as a federally recognized holiday,” said Greg D. Carmichael, chairman and CEO of Fifth Third Bank. “Moreover, the work we are doing regarding racial equality is establishing a framework that will play a critical role in the future of our organization.”

In addition to celebrating Juneteenth, Fifth Third Bank this week is also marking the one-year anniversary of the creation of its Executive Diversity Leadership Council (EDLC) and the work it has done to accelerate equality, equity and inclusion (AREEI). While the Bank’s initial strategic focus has been on making a difference for Black employees, customers and communities, the initiative is part of the Bank’s ongoing commitment to inclusion and diversity, which focuses on creating equitable outcomes for all.

“The anniversary of the creation of the EDLC provides an opportunity to reflect on what we have accomplished over the past year through the launch of our three-year AREEI strategy,” said Kala Gibson, chief enterprise corporate social responsibility officer, head of business banking and executive co-sponsor of the EDLC. “Our $2.8 billion commitment will impact customers and communities and is tracked and measured on four strategic pillars of strategic investments, access to capital, financial inclusion and education, and social justice and advocacy.”

“We are taking intentional steps and actions to address racial inequality and inequity in our corporation and in the communities that we serve,” said Stephanie Smith, senior vice president, chief inclusion and diversity officer, and executive co-sponsor of the EDLC.

The commitment to the four AREEI pillars is being carried out in three workstreams.

The customer workstream is focused on making the Bank the first choice for Black consumers. Over the last year, Bank executives collaborated with an outside research group that supports minority communities to learn what Black consumers think of the financial services industry and of Fifth Third specifically. The goal was to understand Black customers’ financial needs better to develop better tools to help build personal and generational wealth.

The Bank’s Wealth & Asset Management team has continued to refine its Transfer to Transformation strategy in the Cincinnati market. The strategy focuses on high- and ultrahigh-net-worth African American clients. The initiative helps people create, augment and preserve wealth for future generations.

The mortgage team is working to meet the lending needs of its customers by continuing to collaborate with real estate agents, community and faith-based organizations to expand its outreach and connect in meaningful ways.

The community workstream is focused on closing the wealth gap and improving economic mobility for Black communities through investments and lending of $700 million over three years. One of these investments – a $5.5 million investment in First Independence Bank, a minority depository institution in Detroit – makes Fifth Third the largest investor in that community development financial institution.

The community workstream also has worked to deepen its relationship with national organizations such as the National Urban League by developing impactful programs. In May, the Bank hosted its inaugural leadership conference for minority students, particularly those attending historically Black colleges and universities. This event featured Fifth Third senior Black leaders sharing their career journeys and advice.

The employee workstream is working with a provider that is helping to review the employee life cycle. Last summer, the Bank hosted listening sessions that started with the Bank’s regional and Enterprise African American business resource groups and then expanded the sessions to all eight of the Bank’s affinity groups.

As the Bank recognizes its racial equity work, its leaders are committed to ensuring inclusion and diversity efforts continue to be an organizational priority. This year, the Bank’s African American business resource group members and allies are honoring Juneteenth in a variety of ways including but not limited to:

About Fifth Third
Fifth Third Bancorp is a diversified financial services company headquartered in Cincinnati, Ohio, and the indirect parent company of Fifth Third Bank, National Association, a federally chartered institution. As of March 31, 2021, Fifth Third had $207 billion in assets and operated 1,098 full-service banking centers and 2,383 ATMs with Fifth Third branding in Ohio, Kentucky, Indiana, Michigan, Illinois, Florida, Tennessee, West Virginia, Georgia, North Carolina and South Carolina. In total, Fifth Third provides its customers with access to approximately 53,000 fee-free ATMs across the United States. Fifth Third operates four main businesses: Commercial Banking, Branch Banking, Consumer Lending and Wealth & Asset Management. Fifth Third is among the largest money managers in the Midwest and, as of March 31, 2021, had $464 billion in assets under care, of which it managed $58 billion for individuals, corporations and not-for-profit organizations through its Trust and Registered Investment Advisory businesses. Investor information and press releases can be viewed at www.53.com. Fifth Third’s common stock is traded on the Nasdaq® Global Select Market under the symbol “FITB.” Fifth Third Bank was established in 1858. Deposit and Credit products are offered by Fifth Third Bank, National Association. Member FDIC.

Fifth Third Bank Provides Tips on How To Budget During Inflation

Private Foundations in the Foundation Office at Fifth Third Bank Announce More Than $6.5 Million in 2022 Grants