Fat-Cats versus Alley-Cats: Why the Occupy Movement is Right

The most common explanation for the global financial crisis is to point a finger at the banks. And rightly so. But I believe we also need to shine a spotlight on the greed and irresponsibility of executives, fat-cats like Lehman Brothers’ former CEO Richard Fuld. These are the enriched 1% that suck the lifeblood out of the fleeced 99% and which the Occupy Movement is justifiably targeting. Naming and shaming is important, but we need to realise that this is a systemic cancer in our economic and financial system.

It is also not a new phenomenon, but worryingly it is showing signs of getting worse, not better. In 2000, Enron was the 7th largest company in America, with revenues of $111 billion and over 20,000 staff. When the company collapsed in 2001, due to various fraudulent activities fuelled by a culture of greed, the average severance payment was $45,000, while executives received bonuses of $55 million in the company's last year. Employees lost $1.2 billion in pensions; retirees lost $2 billion, but executives cashed in $116 million in stocks.

At the end of 2007, just before the crisis went public, Lehmans’ CEO Fuld and president Joseph Gregory paid themselves stock bonuses of $35 million and $29 million respectively. At the time, Fuld lived in an enormous Greenwich mansion, over 9,000 square feet, valued at $10 million. He had four other homes and an art collection valued at $200 million. Hardly a picture of responsible restraint.

Taken on their own, these executive pay packages are outrageous enough. But the extent of creeping executive greed comes into even sharper focus when we look at trends in relative pay. In 1965, U.S. CEOs in major companies earned 24 times more than a typical worker, a ratio that grew to 35 in 1978 and to 71 in 1989. By 2000, it had hit 298, and despite falling to 143 in 2002 (after the post-Enron stock market slump), it bounced back again and has continued rising through the noughties (2000s).

But at least these CEOs are contributing through taxes, right? Wrong. In fact, corporate tax dodging has gone so out of control that 25 major U.S. corporations last year paid their chief executives more than they paid the U.S. government in federal income taxes. Citizens for Tax Justice, as part of a study on tax avoidance among the Fortune 500, has identified 12 corporations that have paid an effective rate of negative 1.5 percent on $171 billion in profits.

It is easy to go cross-eyed or brain-fried when confronted by a barrage of numbers like that. And yet, there was one particular number that shocked me so much when I read it   that it stuck in my mind. I believe I read it in Body Shop founder Anita Roddick’s wonderful and feisty book, Body and Soul. She claimed that it would take one Haitian worker producing Disney clothes and dolls 166 years to earn as much as Disney’s then president, Michael Eisner, earned in one day.

Reflecting on this, I wrote in my book Beyond Reasonable Greed: ‘rather than spreading around the wealth for the common good, it seems to us that Adam Smith’s invisible hand has a compulsive habit of feeding itself’. If decades of inaction by governments on executive pay is anything to go by, then we should not wait for our elected politicians to put restraints on the market’s invisible hands.

So that leaves us – civil society. And that is why I believe the Occupy Movement is a revolution whose time has come. But they need our support; they need our determination; they, even need our outrage. If they don’t get it, we will stand by shaking our self-righteous heads and watch as another generation of Wall Street fat-cats gets fatter at the expense of Main Street alley-cats – that’s us by the way: we, the middle class; we the people who create the real wealth of nations; we who need to say ‘enough is enough!’

To read more posts from the blog series "The Age of Responsibility", click here

Dr Wayne Visser is Founder and Director of the think-tank CSR International and consultancy Kaleidoscope Futures Ltd. He is the author of thirteen books, including The Age of Responsibility: CSR 2.0 and the New DNA of Business (2011), The World Guide to CSR (2010) and The A to Z of Corporate Social Responsibility (2010). He is the author of over 180 publications (chapters, articles, etc.) and has delivered more than 170 professional speeches on in over 50 countries in the last 20 years. In addition, Wayne is Senior Associate at the University of Cambridge Programme for Sustainability Leadership, Visiting Professor of Sustainability at Magna Carta College, Oxford, and Adjunct Professor of CSR at Warwick Business School, UK. 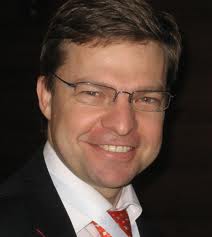 To Scare or To Inspire? Bringing Admission, Ambition & Pragmagic to CSR

Will Anyone Join Your Revolution?

What Drives the Business Case for CSR?

The Long Tail of CSR: When Smaller is Bigger

Nature vs. Nurture: Are Social Entrepreneurs Born or Made?