SCE honored 30 students for their achievements. Each received $40,000 for college. 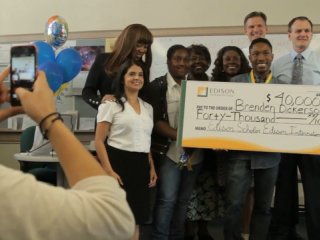 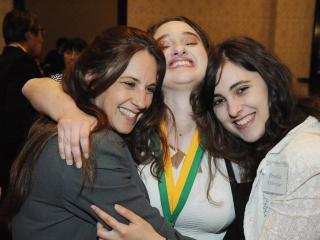 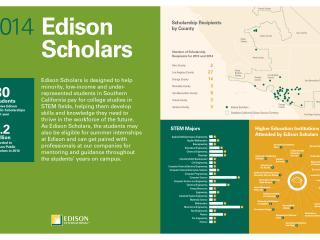 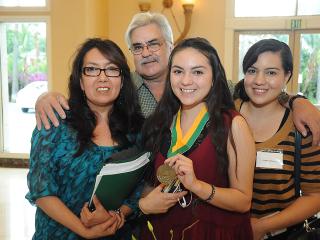 That pretty much summed up Kyanne Parchment’s reaction when she discovered she’d won a $40,000 scholarship from Edison International’s Edison Scholars Program.

“I came home from school and saw the thin envelope. And I said to myself, let me just open it and get disappointed,” said the Kaiser High School senior. “And then when I read it, oh my God! I still can’t believe it.”

Her mother, Roneice Parchment, stood next to her daughter beaming with pride. “I feel so blessed,” she said.

There were proud parents galore at the 2014 Edison International reception honoring 30 Edison Scholars for their academic achievements. Moms and dads, along with siblings, grandparents, extended family members and friends, joined in celebrating their individual Edison Scholars.

“Huge. It was amazing. My wife was crying; I had goose bumps,” said Richard Pumerantz, when he learned his daughter Clarice would receive an Edison scholarship. “It’s an opportunity for Clarice to go to the school of her choice. We wouldn’t have come close (to choosing USC) without the Edison scholarship.” Clarice will be studying mechanical engineering.

Stephen Johnson, whose daughter, Sydney, was also awarded an Edison scholarship, knows it’s tough paying for college these days. “The money’s going to be a big help. We’ve been praying and praying. God met our needs,” he said. “This is a blessing; a Godsend all the way,” his wife, Paula, added.