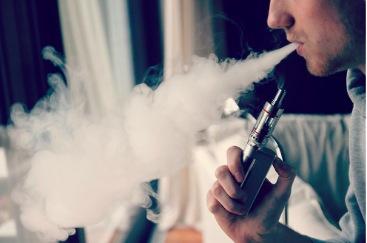 As previously seen on the CSRHub blog

What do you do with CDC research on teen smoking that says that more than a quarter-million youth who have never smoked used e-cigarettes in 2013? For some, the answer seems to be that it proves the value of e-cigarettes.

The reason most often cited is the concurrent drop in traditional cigarette use among teens: cigarette smoking dropped 25 percent, and use of cigars and pipes fell too. Across all ages, traditional smoking has decreased nationally from 21 percent in 2005 to 17 percent last year, an unprecedented drop. As the American Psychology Association puts it: “e-cigarettes hold a lot of promise as a new way to help smokers quit or reduce conventional smoking.”

A one-time smoker who only reluctantly quit some 30 years ago, I relished the idea of a smoke with far fewer health risks to myself and those around me. After seeing lots of advertising for market leader Blu from its UK parent Imperial Tobacco,  I finally bought a disposable Blu e-cigarette to try.

The big surprise was how heavy it was. I had trouble holding it as gracefully as I did traditional cigarettes back in the day. With great effort, I extracted a puff, coughed, and suffered from a sore throat for some time after. I put it aside, and when a month later decided to give it another try, I discovered it seemed to have run out of steam. So I threw it away.

But not without a pang. It felt too substantial to throw in household garbage, more like an electronic device than a cigarette. What harm was it doing? And could that harm be worse than throwing away a traditional cigarette?

Surely not. The seemingly indestructible (and ubiquitous) cigarette filters create ghastly litter. By some estimates, cigarette butts account for 38% of litter items worldwide and up to 21% of coastal waste. Most filters are made of the plastic cellulose acetate that takes up to 10 years to degrade.

But e-cigarettes could be an even dicier proposition, environmentally speaking.

First, let’s dispel the myth that refillable e-cigarettes are never thrown away, as e-cigarette marketers would have us believe. The life of an e-cigarette, whether disposable or refillable, is measured in weeks according to vendors.

What environmental harm do they do? Few studies exist, but an anonymous contributor to the web site Totally Wicked Eliquid suggests that unless all e-smokers recycle the various parts of their smoker, the environmental damage could be far worse and longer lasting than cigarette’s paper and filters. In his words:

“The wadding inside the cartridges is essentially the same as in regular cigarettes, plus the housing is metal (stainless steel) or plastic instead of paper. Then we have to add in the metal parts of dead rechargeable batteries and the metal atomizers, and we see the refuse/recyclable pile grow larger along with longer possible degradation time.”

At the same time, there are toxic heavy metals in the cartridge, chips and circuits of most e-cigarettes. A study from USC Biterbi noted that “e-cigarettes emitted higher levels (than traditional cigarettes) of…nickel, zinc, and silver.”

Another environmental concern — one that the CDC considers pre-eminent — is that many discarded e-cigarettes are not fully used and still contain nicotine liquid, which pollutes the ground and water around disposal areas. Nicotine is a poison whose effects go from vomiting to seizures to death.

The human dangers have been well-documented. E-cigarettes tend to explode due to the overheating batteries. The New York Times cited “soaring” accidental nicotine poisonings, notably among children attracted to the product’s bright colors and sweet flavors. Nicotine itself is not only addictive but, as reported in Scientific American, is also linked to an impaired immune system. E-cigarette vapors contain several cancer-causing substances, as well as particles of tin, chromium, nickel and other heavy metals. Secondhand e-cigarette aerosol contains at least 10 chemicals identified as carcinogens and reproductive toxins.

These health dangers are made worse by lack of inspections and unmonitored suppliers from China. Isn’t that just the price you pay when indulging in nicotine, a drug I too once delighted in? But it’s a different story when that indulgence affects the rest of us too.

CSRHub provides access to corporate social responsibility and sustainability ratings and information on 14,400+ companies from 135 industries in 127 countries. Managers, researchers and activists use CSRHub to benchmark company performance, learn how stakeholders evaluate company CSR practices and seek ways to change the world.

The Paradox of ESG