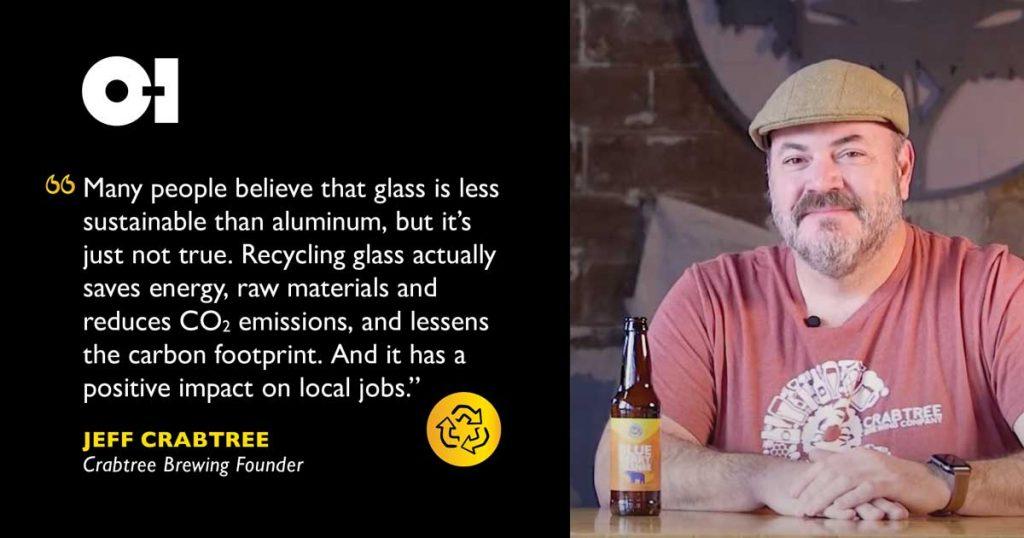 When Jeff Crabtree started a glass recycling program at his brewery in Greeley, Colorado, he had no idea how popular it would become.

Crabtree Brewing’s program has now developed into a larger public-private partnership between the brewery, the City of Greeley, Anderson Sales and Salvage and O-I Glass. As of March 2022, the city transports the recovered glass to Momentum Recycling’s Colorado glass recycling plant in Broomfield, about 50 miles south. Momentum converts the recovered glass to cullet, selling it back to O-I’s plant in Windsor, Colorado, and Rocky Mountain Bottle Company (RMBC), a joint venture between O-I Glass and Molson Coors. The plants use the recycled glass to create new glass bottles and jars.

“Many people believe that glass is less sustainable than aluminum, but it’s just not true,” he says. “Glass is 100% recyclable, with no loss in quality. Recycling glass actually saves energy, raw materials and reduces C02 emissions, and lessens the carbon footprint. And it has a positive impact on local jobs. ”

Using Crabtree Brewing Company as a free glass drop-off location and his friend Bob Kunkle’s small trailer, Jeff Crabtree launched his glass recycling program and watched it grow exponentially as word spread. The program became so successful that it quickly outgrew the size of its trailer.

“When we started, we were hauling glass bottles every quarter. Then it went to every month and then the volume grew so that I was hauling glass every three weeks,” he says. “I’m a brewer, not a guy recycling glass for the City of Greeley, so I reached out to the city council and invited a few of the council members to come in for a beer to talk.”

As the glass volume at Crabtree Brewing Company increased, Kunkle connected Crabtree and the City of Greeley with Sammy Holaschutz, O-I’s Recycling Systems Lead. The group was interested in joining O-I’s Glass4Good program, which helps communities establish glass recycling along with a financial donation from the O-I Charities Foundation to a community nonprofit based on the weight of the recovered glass. The city chose to work with The United Way of Weld County, an organization committed to solving Weld County’s long-term challenges. Donations from Glass4Good will support early childhood development, youth success, homelessness prevention, healthy aging, and access to services throughout the community.

“We’re pleased to see the level of participation in this glass recycling program,” says Greeley Public Works Deputy Director, Mobility & Safety Operations, Will Jones. “In fact, because of the discussion regarding glass recycling, the city has applied for a grant to analyze citywide waste diversion policies and programs to further enhance recycling in Greeley.”

“At the beginning, we saw mostly customers bringing back beer bottles they’d bought from us and retired people who were serious about recycling,” he explains. “That’s changed as the news has spread. There’s no longer an age limit or demographic for recycling. I see every walk of life, every kind of vehicle.”

Glass recycling has come to Greeley, and it’s here to stay. 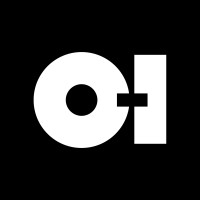