Climate Change Is Not Just an Environmental Issue 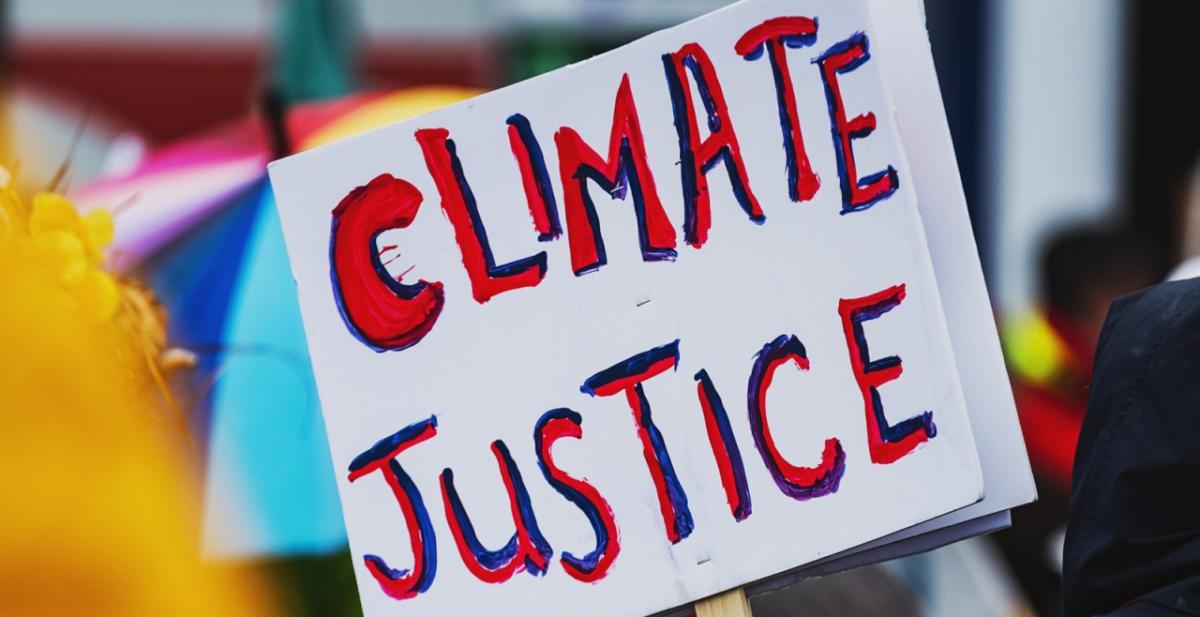 Originally published by the University of Michigan: Erb Institute

The term “environmental justice” still may be unfamiliar to some people, but you don’t have to be familiar with it to understand what it means when you see it. With the Flint water crisis and the aftermath of Hurricane Katrina, the people who were hit hardest were poor and black. “What Flint did was make environmental justice a mainstream concept,” said Charles Lee, a senior policy advisor at the EPA, on a panel at the recent Michigan Environmental Justice Summit. “It became something everybody can visualize, and no one can deny that it exists.”

Low-income black and brown people have long borne the brunt of toxic pollution. Beverly Wright, founder and executive director of the Deep South Center for Environmental Justice, talked about her work decades ago in a black community so poisoned by pollution that people’s window screens were rusting and falling off their windows, they were waking up with nosebleeds, and many of them were dying.

“It was a mixture of racism, segregation, Jim Crow—all of that stuff was going on—making us poorer and sicker than our white counterparts.”

Rhiana Gunn-Wright said that, in her work as an architect of the Green New Deal, she started “seeing up close how much people wanted to combat the climate crisis without ever touching justice. I didn’t realize that tendency was so deep—and among so many people I would have thought of as allies,” she explained. Over and over, people who had devoted their careers to fighting the climate crisis resisted including environmental justice.

Another challenge is that different groups with shared interest in environmental justice often don’t work together, said Regina Strong, Environmental Justice Public Advocate at the Michigan Department of Environment, Great Lakes and Energy. She recalled her previous work with the Sierra Club:

“Those who were experiencing environmental injustices were typically black and brown folks, and many of the climate activists and Sierra Club volunteers that I worked with, and other folks, were white folks—who really want to change the world, too—but these groups never talked to each other.”

The panelists stressed the importance of empowering the people who are the most affected to speak for themselves, and making sure they have a seat at the table.

The progress that the environmental justice movement has made has depended on the combined efforts of many divergent groups. Lee noted that as the topic has matured, it has become the focus of hundreds of university courses, numerous scientific journal articles, and policies and statutes in at least 40 states.

And continued progress will depend on government, academia, environmental nonprofits, community groups, and business.

In recent years, the concept of sustainability has broadened to include social issues along with environmental ones. At the same time, organizations have made DEI a more central part of what they do. Many businesses have shifted their focus on the bottom line to the triple bottom line: people, planet and prosperity.

The effect of a product or service includes its effect on people: Do the environmental impacts degrade water quality for people who live near the plant? How does a city’s decision about where to put a landfill affect residents—and which residents?

Academic institutions have also shifted their approach to include social, environmental and economic sustainability. “This is an exciting time in sustainability. When the Erb Institute was founded nearly 25 years ago, we were specifically focused on environment. Today, we have grown to work on a broad range of social, environmental, labor and human-rights impacts of business. We aim to leverage the private sector to fulfill its role in environmental justice,” said Erb Institute Managing Director Terry Nelidov.

For the same reasons the concept of sustainability has broadened, environmental justice may be the next issue to go mainstream. It is inextricably intertwined with the climate crisis, which every sector of society has an interest in mitigating.

More from University of Michigan: Erb Institute | Business for Sustainability

Agree to Disagree — With Yourself

Reflecting on a Year at the Erb Institute: Impact Investing and DEI

Entrepreneurs and the Racial Wealth Divide: A Q&A With Jessica Norwood