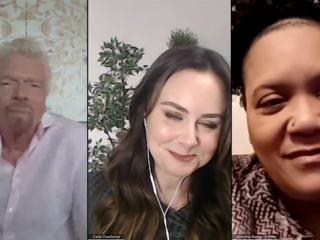 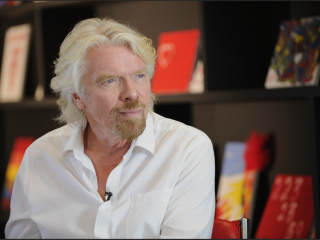 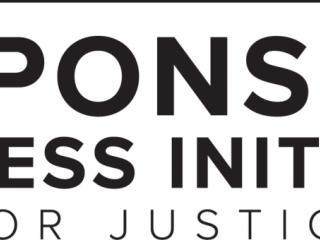 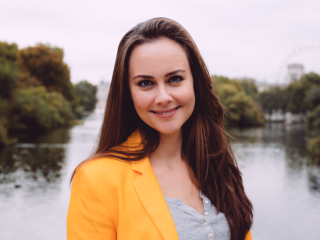 NEW YORK, OCTOBER 7, 2021 /3BL Media/ - More than 150 business leaders have declared their support for a global campaign to end capital punishment, ahead of World Day Against the Death Penalty (October 10).

The Business Leaders Against the Death Penalty campaign (declaration and list of signatories below) was launched by Virgin Group founder Richard Branson and the Responsible Business Initiative for Justice (RBIJ) earlier this year. It decries capital punishment as cruel, ineffective, discriminatory and unacceptably error-prone - and urges governments everywhere to end the practice. Branson writes:

"The growing support for this campaign shows that business leaders increasingly recognize they must be a force for the greater good of society. By speaking out against the death penalty, they take a stand against one of the most egregious injustices of our time. The voice of business will be critical to end the death penalty once and for all.”

The death penalty is at a tipping point. President Biden’s moratorium on federal executions, as well as successful abolition efforts in Sierra Leone, Malawi, Kazakhstan, and the U.S. state of Virginia, underscore a global trend towards abolition. Support for ending the death penalty has never been higher - and reformers are poised to deliver lasting change. At this critical moment, the support of employers and investors can help drive abolition campaigns over the line.

Never before have leaders from the business community united against capital punishment, and the groundswell of support for the campaign marks an ongoing and fundamental shift in the way many view their roles – and responsibilities – when it comes to social and criminal justice issues. Paul Polman, former CEO of Unilever, writes:

"As we emerge from the pandemic, it’s more critical than ever that business leaders demonstrate a strong moral compass and show courage in the fight against racism, cruelty and oppression. By speaking out against the death penalty, we wholeheartedly embrace that responsibility.”

Since its launch at South by Southwest Festival, the campaign has attracted a diverse group of supporters from a wide range of sectors, countries, and cultures. They share a fundamental commitment to racial equality, public safety, fiscal responsibility, and human rights - all critical issues in the capital punishment debate. As Galaxy Digital founder Mike Novogratz points out:

“Governments should prioritize saving lives, not ending them, and it is mission critical that we embrace our responsibility to end ineffective policies like the death penalty now.”

“Lawmakers and decision makers should be paying attention - business leaders are wading into the fray and demanding an end to capital punishment. There's a new incentive for ending the death penalty: abolition is good for business.”

We stand united in our belief in a fairer and more equitable world, the rule of law, and universal human rights. As an irreversible and extreme form of punishment, the death penalty is inhumane, and it is irreconcilable with human dignity. Its worldwide abolition is a moral imperative that all of humanity should support.

We can no longer stay silent on issues of inequality, and no issue is more intricately tied to the racial and socio-economic biases that permeate justice systems than the death penalty. In many countries, ethnic minorities and the poor are still more likely to be prosecuted, sentenced to death, and ultimately executed. The abolition of capital punishment is a critical step in the movement toward racial and social equality.

We are committed to making our communities safer. The death penalty does not make communities safer and it does not address the root causes of crime. Nor does it serve as a deterrent. Statistics show that US states with the death penalty have higher murder rates than those without. This is consistent with international findings showing that countries that have abolished capital punishment experienced a decline in murder rates over time. We can no longer afford to jeopardize the safety of our communities by perpetuating a culture of violence and revenge.

We recognize the danger of executing innocent people. In the US for every eight people executed, one innocent person has been exonerated. By all accounts, the true number of innocent people who continue to languish on death row - or who have been executed - is much higher. Any system with an error rate this high Is broken beyond repair.

We believe, now more than ever, that we must be responsible with public finances. The death penalty is a wasteful and ineffective misallocation of public resources. To maintain the broken system of capital punishment, some governments divert millions of dollars every year from critical public health and safety initiatives, from infrastructure development, and from education - missing crucial opportunities to build social stability and strengthen communities.

Where the death penalty still exists, we urge government leaders to legally commute death sentences, to impose moratoria on executions and to support legislative or ballot initiatives to end capital punishment for good.

We commit to using our voices and our reach as business leaders to support ending the death penalty everywhere, beginning with signing this declaration.

KATIE DAVIES
US Editor, The Independent

MICHAEL CONN
Founder, Bigger Than Us