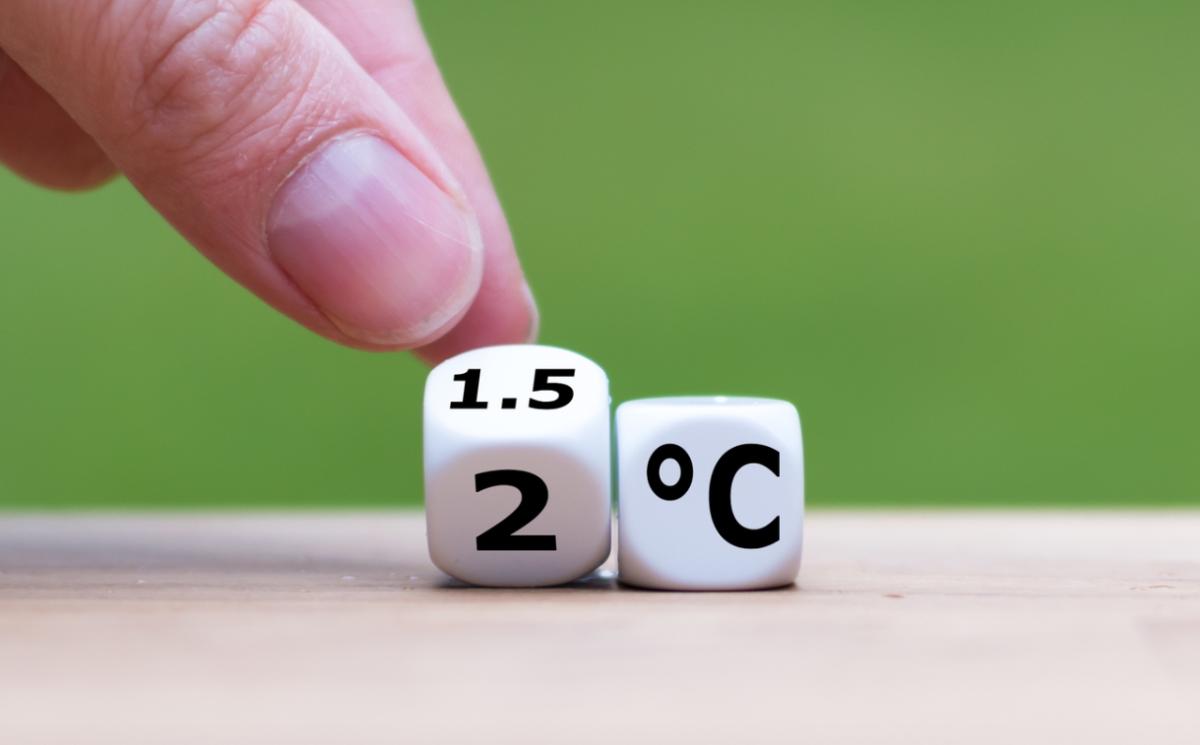 Understanding 1.5 Degrees Celsius, and Why We Can't Treat It as a Make-or-Break…

Do you cut the blue wire or the red one? Those ten words are probably enough to conjure up Hollywood scenes in your mind's eye, but if you need a little help, here’s the iconic moment from the 1994 film Armageddon. A bomb is set to blow, and tension builds to the moment of detonation. Either you will succeed, or you won’t. It is purely binary, and while you wish you had just a bit more time to analyze the situation (thanks for that unnecessary monologue, Bruce Willis), that clock is ticking. It imposes an urgency on the moment that moviegoers don’t just see, but feel.

Yes, this is yet another of my forced analogies setting up an unrelated environmental point. But this time, I’m using the analogy as a foil rather than a comparison. At times, I feel like the discourse around limiting global warming to 1.5°C above pre-industrial temperatures can feel like this. Sure, the urgency to solve the climate crisis is real, but it’s not an all-or-nothing proposition. When we think about the 1.5°C goal, we need to allow for a healthy amount of nuance to properly understand that urgency.

What prompted this post is a December 1 Washington Post article that a friend shared with me (thanks Doug!). It’s an excellent piece, and I applaud the authors for the good work that went into it. That said, it reminded me of how important it is to properly frame that 1.5°C goal. So let me start with a bit of history before I dig into the article. Bear with me, because I’m unfortunately going to have to wade through some jargon.

The United Nations Framework Convention on Climate Change (UNFCCC) began in 1992, and it legally entered into force as a treaty in 1994. It’s essentially the international agreement that countries should do something about climate change, and 198 countries have ratified it. Those that have done so are called Parties to the Convention, and each year they convene for a conference called the Conference of the Parties, or COP for short. The first COP was held in 1995 in Germany, and the most recent, called COP27, was held last month in Egypt. These COPs are the political sibling of the scientific Intergovernmental Panel on Climate Change (IPCC). Whereas the IPCC tells us the latest scientific understanding of climate change, the COPs are where countries convene to address the problem.

In the past 30 years or so, IPCC reports periodically provide the latest summary of the scientific consensus, including modeled projections about average temperature increases, and then COPs serve as the forum for setting goals for limiting those temperature increases. A LOT of disagreement has arisen over setting these goals, but as years went on, some consensus began to form. A key milestone in this consensus can be found in the Cancun Agreement, which was the result of COP16 in 2010. That document stated the following, which ended up being the first reference to the 1.5°C goal in an official UNFCCC document:

“[The Convention] recognizes that deep cuts in global greenhouse gas emissions are required according to science, and as documented in the Fourth Assessment Report of the Intergovernmental Panel on Climate Change, with a view to reducing global greenhouse gas emissions so as to hold the increase in global average temperature below 2°C above pre-industrial levels, and that Parties should take urgent action to meet this long-term goal, consistent with science and on the basis of equity. [The Convention also] recognizes the need to consider, in the context of the first review, as referred to in paragraph 138 below, strengthening the long-term global goal on the basis of the best available scientific knowledge, including in relation to a global average temperature rise of 1.5°C.”

Five years later, at COP21 in Paris, the Convention did indeed strengthen the goal in light of the latest science. 196 Countries ratified the 2015 Paris Agreement, which said that its goals included “[h]olding the increase in the global average temperature to well below 2°C above pre-industrial levels and pursuing efforts to limit the temperature increase to 1.5°C above pre-industrial levels, recognizing that this would significantly reduce the risks and impacts of climate change.”

Here is the bottom line. Though informed by science, the 1.5°C goal is a political goal, not a scientific one. In fact, it wasn’t until 2018 that the IPCC, in response to a request from policymakers, published a special report that comprehensively analyzed the impacts of 1.5°C of warming. That’s not a critique of climate science, but rather one of politicians who took literal decades just to agree upon a somewhat arbitrary definition of success. All along, the scientific community kept showing the probable range of outcomes as we warm our planet, observing how concerning it was for humanity. They weren’t setting the goals, because that wasn’t their job. But I bet if you’d asked them over a beer what the goal should be, they’d have said from the beginning, “As little as possible.”

The Climate Models Show How Difficult 1.5°C Will Be

That brings me to the Washington Post article I mentioned above. With the help of the Potsdam Institute for Climate Impact Research in Germany, the Washington Post looked at more than 1200 scenarios for our planet’s climate over the remainder of the century, based on best-in-class climate models. Each scenario assumes different things, such as the rate at which low-carbon technologies are adopted and the rate of population growth. They then look at how many scenarios offer a path to the 1.5°C goal, and the total is only 112 scenarios.

They then narrow further. Of those hopeful scenarios, they term some low overshoot and some high overshoot, referring to whether or not average temperatures exceed 1.6°C at some point this century before falling back below the goal. Only 26 of the scenarios involve low or no overshoot, none of which are deemed reasonably realistic under probabilistic filters developed by the Potsdam Institute. When the probabilistic filters are relaxed from “reasonable” to “challenging,” still only a meager 11 scenarios remain.

The article continues with some really interesting insights into the necessity of carbon removal to make any of these scenarios work, and I encourage you to spend time with the whole thing. I want to reiterate that this is a really good article that communicates the current state of science really well. I learned a lot from it.

That said, I can’t help but be frustrated by a key quotation near the end, and this is what prompted me to write this post: “At the U.N. Climate Change Conference late last month, world leaders reaffirmed the 1.5C goal. But these scenarios show that without dramatic action — action the leaders did not commit to taking — it most likely will not be possible.”

While those two sentences may be true, they are not helpful. They make it sound like we are about to fail. To use my foil of an analogy, they suggest the bomb is about to blow up, but global warming isn’t a bomb. If the 1.5°C goal ever becomes out of reach, then let’s work like heck for 1.6°C. And if that isn’t feasible either, then dadgummit, let’s work for 1.7°C.

Perhaps it seems to you like I’m arguing semantics here, but I think there are two very practical and harmful results from treating the 1.5°C goal as an all-or-nothing proposition. First, it risks creating a feeling of hopelessness. If people think it’s impossible to solve the climate crisis, they are more likely to disengage. Climate activists may burn out, and the “climate middle” that we need to pull into this movement may question why it’s even worth it. We simply cannot do that. If science says that the best outcome is no longer possible, then we must always remind people that the next best outcome is still worth the effort.

Second, I fear that such framing risks incentivizing “Hail Mary” climate mitigation efforts. The broad category of climate action called “geoengineering” is still deeply concerning to me, and I feel it must be treated as a last-resort intervention. For instance, as much as I want us to succeed in keeping the planet under 1.5°C of warming, I absolutely do not believe that we should inject massive amounts of aerosols into the stratosphere to create a counterbalancing cooling effect.

Here’s what I want you to take away from this. The 1.5°C goal isn’t a bad goal, so much as it is simply a political one. We need aspirational goals like this one, because they offer us the best chance at mitigating the worst climate impacts on the most vulnerable populations, like poor nations and island nations at risk of sea level rise. But if this goal is ultimately unattainable, then we must make sure to never lose hope.

Ecocentricity Blog: Bottle Deposit Bills and the New Technology That Can Make Them Work.

Ecocentricity Blog: Ray Anderson's Predictions for the Future - Where Are We Now?