Shifting the Burden of Proof: Why It's Now On the Fossil Fuel Industry to Defend Itself 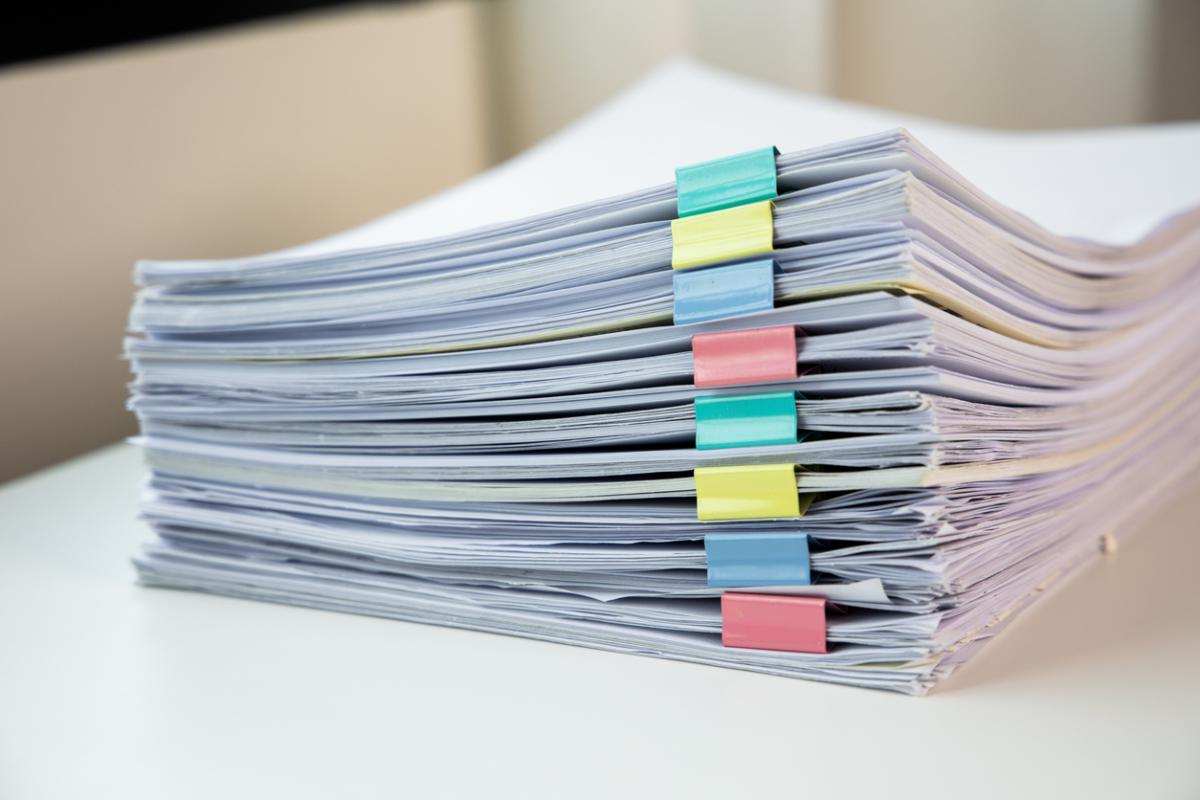 Shifting the Burden of Proof: Why It's Now On the Fossil Fuel Industry to Defen…

Movies do a good job of making trial attorneys look cool. You’ve got Tom Cruise playing Lieutenant Daniel Kaffee in A Few Good Men. You’ve also got the age-old classic of Gregory Peck playing Atticus Finch in To Kill a Mockingbird. I recently watched Michael B. Jordan play a brilliant Bryan Stevenson in the 2019 film Just Mercy, which is definitely worth a watch if you haven’t seen it. All of these portrayals romanticize the role of a trial attorney, and I’m convinced there are tens of thousands of people out there who became lawyers because of a movie they watched.

I am not one of them. Courtrooms always terrified me, so I was content to study other areas of the law that would ensure I stayed out of them. But each law student has to take the basic courses, so I was exposed to the fundamentals of how our trial system works. Every now and again, I’m reminded of something I learned in one of those lessons. That happened recently when I thought to myself, “Huh…it seems to me that the burden of proof on climate change has finally shifted in America.”

What is a Burden of Proof, and How Can It Shift?

Let me start by unpacking what the burden of proof is in our American legal system. And, spoiler alert, I’m going to use our good friend Mr. Cruise to explain it, so you should stop reading here if you haven’t seen A Few Good Men (which has been out for three decades now, so … you know … get on with it).

Okay, so in the movie, two Marines are ordered by their superior officer to rough up an underperforming Marine named Santiago. They do so, and in the process Santiago tragically dies. The two Marines, Dawson and Downey, end up on trial for murder in front of a court martial (i.e. a military court). One of their appointed attorneys is none other than Lieutenant Pete Mitchell…er…I mean Daniel Kaffee.

So what does it take to convict Dawson and Downey of murder? Most everyone has heard the phrase “presumed innocent until proven guilty,” and that applies here as well - until proven otherwise, Dawson and Downey are innocent. Now they can certainly plead guilty and surrender that right, which Lt. Kaffee tries to convince them to do in exchange for a lighter sentence. When his clients refuse, however, and enter a plea of not-guilty, that’s when the burden of proof kicks in.

It starts with the prosecution. Because the defendants are presumed innocent, the prosecution must enter evidence into the court record that will convince the jury that Dawson and Downey murdered Santiago. Moreover, it’s not enough to convince the jury that they “probably” murdered him. Rather, the standard of proof for these charges is “beyond a reasonable doubt,” which a law professor once told me was roughly a 90% confidence standard.

In A Few Good Men, this was not a difficult burden of proof for Kevin Bacon, playing Captain Jack Ross, to carry. It was easy to establish that Dawson and Downey were the people who assaulted Santiago (they didn’t even deny it) and that Santiago died as a result of the gag put down his throat. The proof would easily establish their guilt beyond a reasonable doubt. However, the case didn’t end there. Lt. Kaffee argued that his clients were innocent because they were following orders to assault Santiago, and so the real perpetrator is their commanding officer. In a trial, this is called an “affirmative defense,” wherein one claims that an exception to the normal rule exempts them from guilt even if it can be proven that they committed the illegal act (i.e. claims of insanity in a murder trial).

Something important happens when a defense attorney invokes an affirmative defense in a trial. The burden of proof shifts from the prosecution to the defense. No longer is it incumbent on the prosecution to prove facts that establish guilt, but rather it is incumbent upon the defense to prove facts that establish the affirmative defense. That’s why in A Few Good Men, much of the courtroom drama centers on Tom Cruise extracting the truth, which he allegedly cannot handle, from Jack Nicholson, who is playing one of the commanding officers. He has to prove that Dawson and Downey were under orders to attack Santiago. He is successful in getting Nicholson to admit to ordering the assault, thus winning the case for his clients. Good job, Tom (but I think we can all agree that Demi Moore was the real star of the legal defense team).

Climate Scientists and Advocates Have Satisfied Their Burden of Proof

For a long time in America, society put the climate change burden of proof on those who have raised concerns about it. We had firmly hitched our economic engine to fossil fuels in the 20th century, and anything that threatened that status quo faced a high burden of proof. It wasn’t sufficient for Charles David Keeling to prove in 1960 that concentrations of carbon dioxide were increasing in the atmosphere. The prosecution, if you will, needed more evidence.

Neither was it enough in 1965 when President Lyndon Johnson’s Science Advisory Committee warned, “an increase of atmospheric carbon dioxide could act, much like the glass in a greenhouse, to raise the temperature of the lower air.” Nor in 1979 when the World Meteorological Organization concluded, “Carbon dioxide plays a fundamental role in determining the temperature of the earth’s atmosphere, and it appears plausible that an increased amount of carbon dioxide in the atmosphere can contribute to a gradual warming of the lower atmosphere, especially at high latitudes.” Nor in 1988, when Dr. James E. Hanson testified before Congress that it was virtually certain that humans were the cause of the warming that was already observable, not natural variations. Heck, it didn’t even seem to be enough in 2013 when John Cook and other researchers determined that 97.1% of academic papers expressing a view on human-caused climate change agreed that it was real, and that humans were the cause.

Had our fossil-fuel based economy actually been on trial for altering our climate, a judge and jury would have long ago determined its guilt. The scientific consensus has been so overwhelming for so long that even a heightened burden of proof has been carried. Why, then, has it seemed like climate scientists and other activists have continually been asked for more proof?

The Burden of Proof Is Now on the Fossil Fuel Industry

In two words, I would say it’s money and politics. From what I can tell though, those roadblocks have finally given way. I don’t hear nearly as much discourse in the media about whether climate change is real and whether humans are to blame. Rather, I hear much more about what we should do about it, and how much it will cost. Which is, to me, a critical inflection point. I believe that the burden of proof has been carried to convict the fossil fuel industry of climate crimes, and that now they are left only with affirmative defenses. “You still need us,” they claim. “It will cost too much money to decarbonize our economy,” they protest. Ah, well then let’s litigate those claims! But here’s the key - the burden of proof is shifting. It should not be incumbent upon climate scientists and activists to prove that we don’t need them, and that it won’t cost too much (though I think they could). Rather, it should be incumbent on the fossil fuel industry to prove those defenses are true. And if we really held them to that standard, they would fail. That’s because those claims don’t appear to have merit. Increasingly, low carbon technologies are available that can replace their fossil fuel equivalents, from electric vehicles to wind turbines to heat pumps to induction cookstoves. Sure, we may not be able to adopt them at scale overnight, but they show that in the medium-to-long-term, we don’t actually need our gasoline engines, coal-fired power plants, and natural-gas home appliances. And as for the cost? Increasingly, a consensus is forming that the investments required to solve the climate crisis are about 2-3% of annual gross world product. When you compare those costs (and the long-term savings they will yield in the form of a more efficient global economy) against the costs of inaction, they show a clear choice. According to the Swiss Re insurance company, inaction on climate change would yield a contraction in our global economy in 2050 by 11-14%. And in America, Deloitte projects that inaction on climate would contract our GDP by 4% in the next 50 years. The consensus appears to be that it will cost too much money NOT to decarbonize our economy. The burden of proof is now on the fossil fuel industry to prove its role in our future economy. My guess is that they won’t be able to do it.

Ecocentricity Blog: Sailing the Salish Sea, and Why We Should Think Carefully About the Salmon We Buy

Ecocentricity Blog: Reflecting on Ten Years of our Philanthropic Voyage