The Philippines is preparing a proposal to access the Green Climate Fund, a billion-dollar platform that bankrolls low-emission and climate-resilient programs in developing countries. 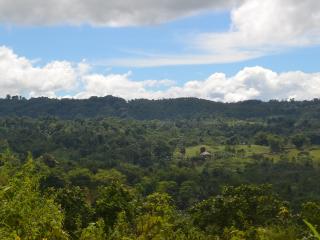 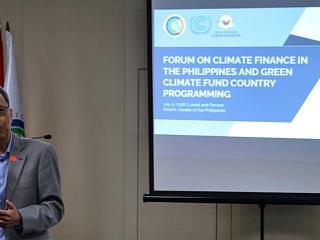 “Ambition enables finance,” said Redentor Constantino, executive director of the Institute for Climate and Sustainable Cities, as he introduced another way of merging climate-related action and finance to achieve a low-carbon and resilient economy in the Philippines.

Echoing the words of Senator Loren Legarda, Constantino said that economic resilience, especially in the face of climate threats, entailed a strategic use of available funding from the local through to the international level.

At the international level, the Philippines has yet to tap the Green Climate Fund. Launched in 2010 by the United Nations Framework Convention on Climate Change (UNFCCC), the Fund supports developing countries to reduce their greenhouse-gas emissions and enhance their climate resilience. The Fund would amount to significant aid for the Philippines, which ranked as the fifth most affected by extreme weather events in the world, according to the Global Climate Risk Index 2017.

To access the Fund, the Philippines is developing a country program for 2018–2022 with support from the World Agroforestry Centre (ICRAF).

Aligning with national priorities
The country program will be divided into three main sections: priorities; short-term programming; and long-term programming. The priority actions will be based on key national economic, development and climate initiatives, such as intended nationally determined contributions, appropriate mitigation actions and adaptation plans. The second and third parts will focus on projects or programs to be submitted to the Fund within a year and within three years, respectively.

Having worked on climate finance in the Philippines for the last 20 years, Rodel Lasco, leader of the ICRAF team responsible for crafting the nation’s program, said that the Fund is a “better mechanism” to finance climate change initiatives. However, he cautioned that “it is going to be a long process” that would require well-defined roles, responsibilities and priority actions that explicitly target the impact of climate change.

The country program must articulate national climate priorities, present a schedule of climate change actions, and detail pathways for co-financing and private-sector engagement, all of which are intended to drive the Philippines toward a low-emission and climate-resilient economy.

“The key here is that we want to anchor our Green Climate Fund projects to national priorities,” said Lasco, who is also an author for the Intergovernmental Panel on Climate Change and the country coordinator of ICRAF Philippines.

The Philippine Climate Change Commission, which is the national designated authority for the nation, will ensure that this is followed. Aside from overseeing the alignment of Fund projects with national development initiatives, the Commission will approve readiness support, convene public, private and civil society organizations to identify priority actions to be supported by the Fund, and endorse accreditation of implementing entities, such as national, sub-national and multilateral institutions that will receive financial aid to launch climate-related projects.

The Philippines has three access modalities it can work from: multilateral or indirect; direct; and enhanced direct. Multilateral or indirect access transfers the Fund’s financial aid to a recipient country via international entities. Direct access facilitates fund transfer to a country through regional, sub-national or national implementing entities. Enhanced direct access channels all the Fund’s aid to a country-level entity, such as the Department of Finance, from which projects will be funded.

“We are here to listen…so that we make sure that we reflect our national priorities,” he said.

Currently, ICRAF is working with the German Federal Ministry for the Environment, Nature Conservation, Building and Nuclear Safety to develop a schedule of prioritized programs or projects to address climate change. In conjunction with this partnership, ICRAF is working with the United Nations Development Programme to support the accreditation process for potential national implementing entities. ICRAF will organize more consultations before finalizing the country program.

About the World Agroforestry Centre and ICRAF

The World Agroforestry Centre (ICRAF) is a centre of scientific excellence that harnesses the benefits of trees for people and the environment. Knowledge produced by ICRAF enables governments, development agencies and farmers to utilize the power of trees to make farming and livelihoods more environmentally, socially and economically sustainable at multiple scales. ICRAF is one of the 15 members of the CGIAR, a global research partnership for a food-secure future. We thank all donors who support research in development through their contributions to the CGIAR Fund. 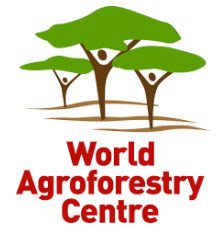